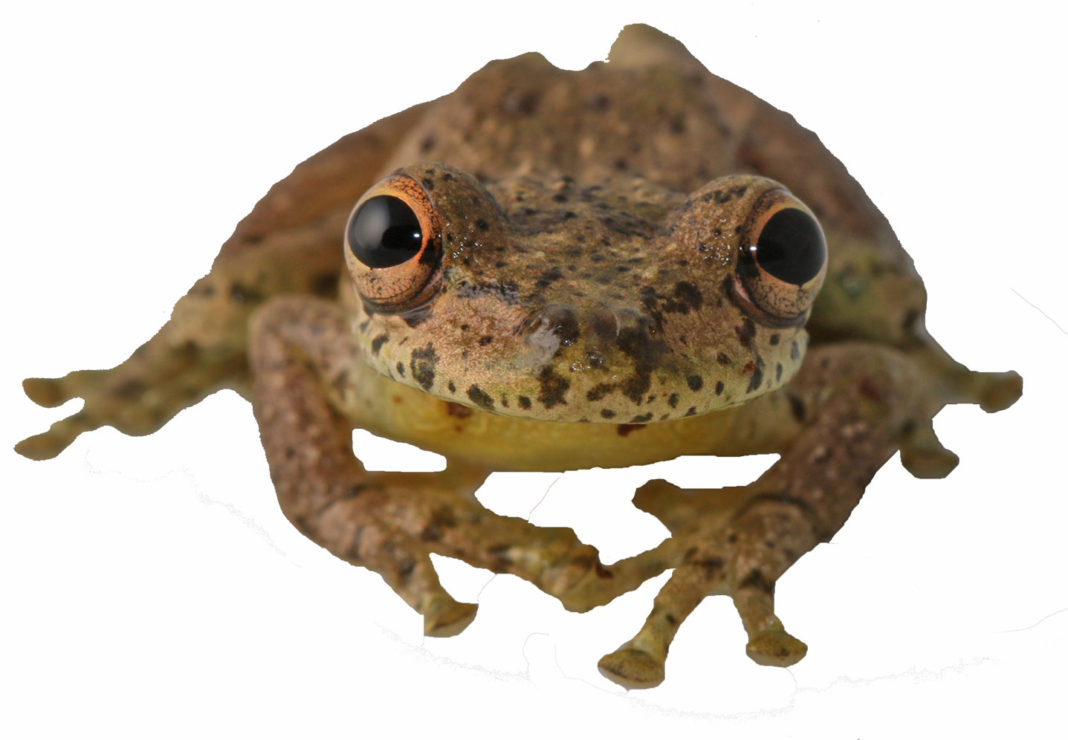 Biologist Andrés Acosta-Galvis of the Humboldt Institute’s Villa de Leyva office probably thought he was hearing the bleating of a wild goat when he came across a small amphibian in the sub-tropical forests of Colombia’s central Andes. Visiting post-conflict regions as part of the research for the Colombia BIO project, the scientist identified the frog as a member of the Scinax genus. But, what makes this species different from others documented by the institute is that it gives off a sound resembling that of a much larger animal. Named Caprarius – Latin for goat – the frog was spotted in the sub-tropical forests of the middle Magdalena River valley, near the towns of El Porvenir (Antioquia) and Bellavista (Caldas).

In Colombia, 18 species of the Scinax genus have been identified (including Caprarius) and inhabit the lowlands of the Pacific, Orinoco, Amazon and northeastern Andes. These frogs can live in thermal ranges from sea level to 2,200 meters a.s.l.

As the country’s biodiversity never ceases to amaze, the Scinax caprarius’ characteristics include green bones and reddish brown, even golden, tones on its skin. Its average size is between 28 cm and 31 cm. As a nocturnal creature, the amphibian has a preference for living in shrubs near stagnant waters, such as small natural lagoons, and even though it is a resilient species to intervened environments, its geographical distribution is associated with conserved forests with high humidity, such as those located in the Magdalena River valley.

The peculiar call of the Scinax caprarius was what first caught the attention of Acosta-Galvis, and according to his scientific paper, with each intonation, this amphibian emits 4 to 7 notes, each with a duration of between 4 and 8 seconds.

As the first species to inhabit the Earth, frogs possess a wealth of colors and sizes. They have survived in mountains, deserts and can endure extreme climates. Their role in the wild is to control pests and serve as food for snakes, bats, primates, weasels, spiders, and even some birds. By looking at a frog’s skin, scientists can even get an indicator if something is wrong in an ecosystem.

But, the degradation of forests and loss of natural habitats to illegal mining and agro-industry threatens the survival of many amphibians, and the Quimbaya toad is ranked as the second-most extinct species in Colombia. Even though the Scinax caprarius “represents a minor concern for Colombian scientists,” as the Humboldt research paper states, the frog will require “constant monitoring in order to maintain the stability and survival of the species.”

After tough week in Colombia, COVID19 recovered almost at par with...