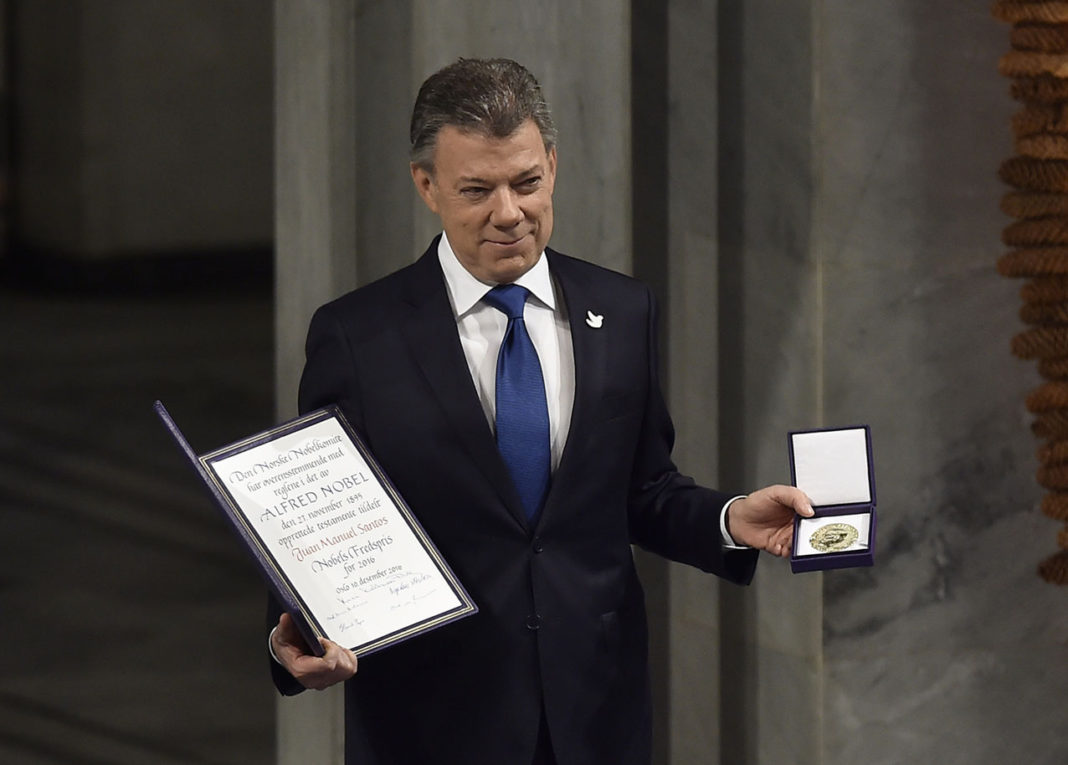 President Juan Manuel Santos received on Saturday the 2016 Nobel Peace Prize for reaching a peace accord with the Revolutionary Armed Forces of Colombia (FARC) to end a 52-year internal conflict that killed 260,000 and displaced nearly 8 million.

During the emotional ceremony in the Norwegian capital, Santos thanked the international community for its support and invited victims of the conflict in attendance to stand “to receive the tribute they deserve,” who were treated to a rousing ovation from the audience at Oslo City Hall.

“I receive this award in name of the 8 million victims, which is the number of victims accumulated during 50 years of war,” Santos said at the ceremony. “Just six years ago, Colombians wouldn’t have dared to imagine the end of a war that we have suffered for half a century… Peace seemed like an impossible dream since very few remember what it was like to live in a country in peace.”

Santos then quoted fellow Nobel laureate Bob Dylan and a refrain from his 1962 classic Blowin’ in the Wind: “How many deaths will it take until we know that too many people have died? The answer, mi amigo, is blowing in the wind.”

On October 7, the Nobel committee announced its decision to give Santos the award “for his resolute efforts to bring the country’s more than 50-year-long civil war to an end” despite Colombians narrowly rejecting the peace deal in a plebiscite just five days before.

In the wake of the shocking plebiscite results, Santos met with leaders of campaign against the accord, led by senator and ex-president Álvaro Uribe, to consider their proposed adjustments to the accord. The government delegation took some 410 of their proposed tweaks to the negotiating table in Havana.

“By 130-0, the House of Representatives just endorsed the Final Agreement,” remarked the left-wing senator Iván Cepeda in a tweet. “The Colombian Congress has said ‘yes’ to peace.”

But Colombians remain deeply polarized over the peace accord as Uribe attempts to undermine the new peace accord.

The ex-president met with former New York City mayor Rudy Giuliani at Trump Hotel in Washington on Friday to express his objections to the revised deal. Giuliani is currently on a short list of candidates for Secretary of State in U.S. president-elect Donald J. Trump’s administration.

“They lost the plebiscite despite the advantages they had,” Uribe told local media in Washington in a statement on Friday. “They didn’t introduce substantial modifications to the agreement… they rejected the ratification they had proposed and the substituted it with a proposition in Congress.”

However, chief government peace negotiator Humberto de la Calle said 80 percent of the proposals received from leaders of the campaign against the accord were incorporated into the revised deal.

“In our constitution, one of the obligations of every citizen, starting with the president, is to seek peace,” Santos said in November. “And some people think that the peace can be achieved by killing the last member of the FARC, and that is not possible. And this is not the way.”

After the Nobel ceremony, Santos will begin a five-day tour of Europe that features stops in Sweden, Spain and Italy, including a meeting with Pope Francis on Friday.

Pope Francis has voiced support for Colombia’s peace process. In February, the Pontiff has promised to visit Colombia if the country’s government signed a peace accord with FARC. Santos has suggested that such a visit could take place in the first quarter of 2017.

“We do not have the right to allow ourselves yet another failure,” the Argentine-born pope said in September 2015 at a mass in Havana’s Revolution Square. “May the bloodshed by thousands of innocent people during long decades of armed conflict… sustain all the efforts being made, including those on this beautiful island, to achieve definitive reconciliation.”

The Norwegian Nobel Committee, which is comprised of five members who are appointed by Norwegian parliament, choose the Nobel laureates.

The prizes are awarded on December 10 to mark the anniversary of the death of Alfred Nobel, a Swedish philanthropist and inventor of dynamite who bequeathed much of his wealth to establish the awards in 1895. The first prizes were issued in 1901.

“The sunlight of peace is shining, finally, in Colombian skies,” Santos said as the ceremony ended. “May its light illuminate the entire world!” 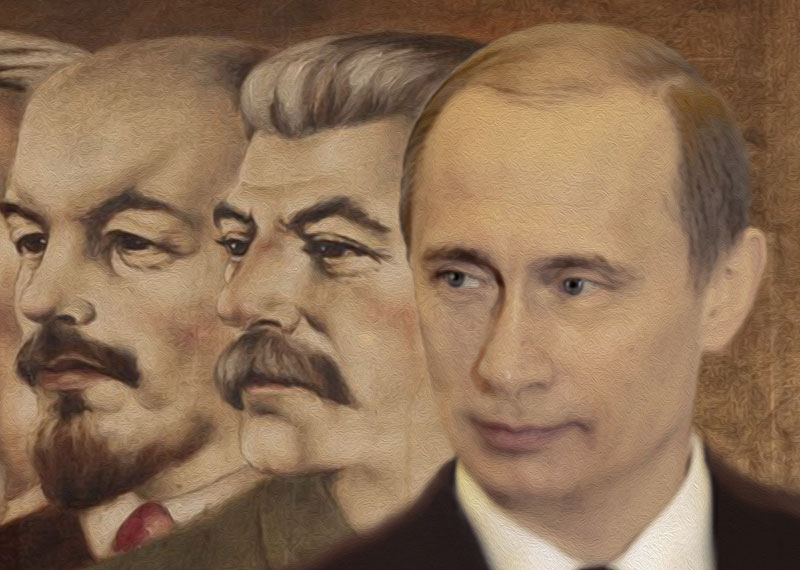 How strategic is Putin?