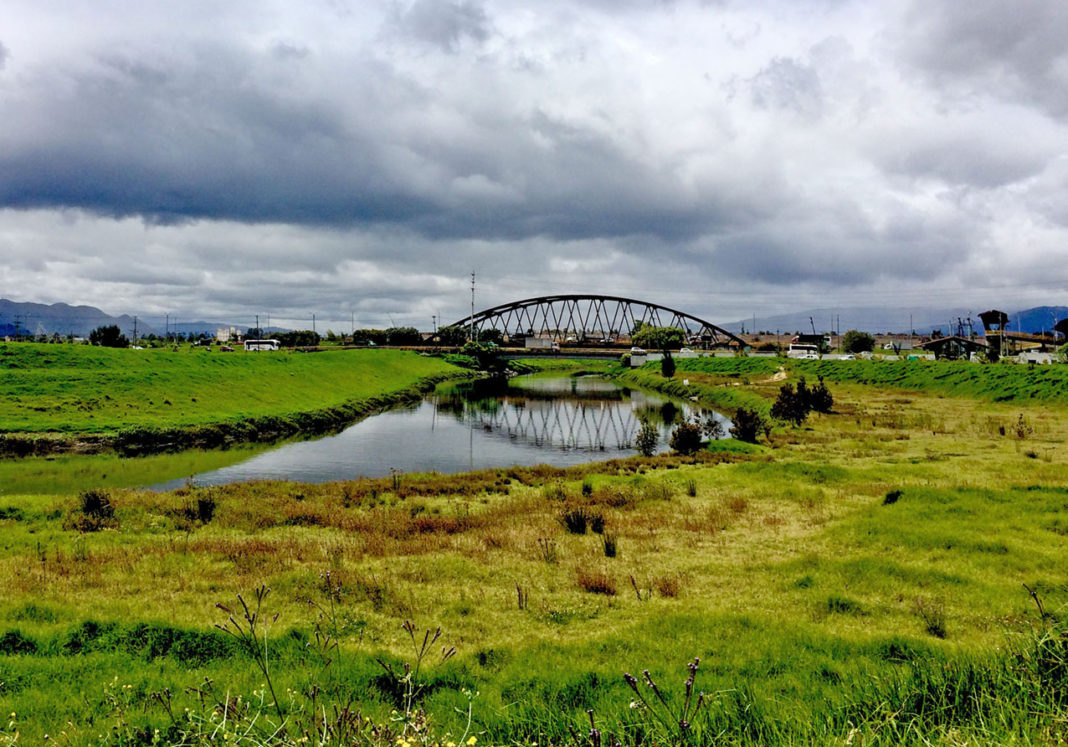 The Río Bogotá, known during pre-Hispanic times as Río Funza, was documented by the first conquistadores as a crystalline river flowing through a territory of “gold and emeralds.” Born in the high-altitude wetland of the Páramo de Guacheneque at 3,400 meters above sea level, the Río Bogotá wasveneratedd by the Muisca peoples as a divine entity, charged with energy and connecting their sacred lagoons. Crossing 225 kilometers of Eastern Andes and the savannah, before cascading over the Salto de Tequendama waterfall to reach its final destination – the Magdalena River. The Río Bogotá’s future, however, as a clean and navigable entity, was thrown into jeopardy when the settlement of Santa Fé de Bogotá began to grow in size, becoming, centuries later, the country’s largest metropolis.

Almost a quincentenary since conquistador Gonzalo Jiménez de Quesada laid the cornerstone for a city that today has a population of an estimated 10 million, the Río Bogotá is considered one of the world’s most polluted. While many mayoralties have vowed to “clean up” the river, initiatives so far have been inconclusive, resulting in vast quantities of sewage slowly killing the river, in which trout and catfish thrived. At the beginning of the 20th century, the Río Bogotá irrigated the agricultural heartland of the capital and managed to feed the stone pilas – fountains – with drinking water for its 100,000 inhabitants.

The relationship of Bogotá with its river went from harmony to heartbreak. When violence erupted in the countryside during the 1930s, the first wave of migrations from the countryside saw the capital grow to 4 million inhabitants. By the 1980s, Bogotá’s population stood at 6 million, with industry slowly encroaching arable land. The river that German explorer Alexander von Humboldt described in 1805 as “a place full of marshes, with thousands of species of waterfowl, herons, and flamingos” had its days numbered.

Among the culprits of destroying the wetland were tanneries, slaughterhouses and flower plantations dumping toxic waste into a body of water that crosses 68 kilometers of the capital and reaches 46 municipalities before joining the Magdalena near Girardot. According to Aníbal Acosta, director of the Environment Fund of the Bogotá River, one of the problems previous administrations have faced when attempting a “clean up” has to do with the geological characteristics of a river that drops steeply near the town of Villa Pinzón in northern Cundinamarca, but levels-out at 2,800 meters a.s.l, losing velocity.

“This decrease in the flow prevents the river from taking in oxygen,” states Acosta and confirming that the Río Bogotá captures 80% of the capital’s untreated sewage. Last month, the Río Bogotá got a new lease on life, when the departmental entity that promotes sustainable development Corporación Autónoma Regional (CAR) received tax incentives from the Environmental Licence Authority (ANLA) to purchase three multi-purpose dredges to expand the channel and depth of the river, improving thereby its hydraulic capacity. By having a deep and flowing river, flooding in riverine communities will also be prevented. “All rivers need natural flood zones, especially during the rainy season,” states Acosta during a visit to some of the endangered wetlands that border the Río Bogotá. “In the city, we have invaded these natural habitats with houses and mega infrastructure.” CAR also acquired some 600 hectares alongside the river to guarantee enough land in the event of flooding, and protect the homes of local residents. Security cameras and drones will also assist in the cleanup, monitoring companies and communities that use the river as a dumping ground. The cameras will be screened at a control center operated by the National Police.

An initial investment of US$430 million has also been given to the owners of the water treatment plant PTAR El Salitre to increase capacity to treat wastewater generated by residents who live between Calles 26 and 220 in Bogotá’s north. Residual water from other localities, including the township of Soacha, will pass through a second plant called PTAR Canoas, currently under construction. With an investment of US$1.5 million, Canoas will be one of the largest of its kind in the world – treating 16 cubic meters of water per second. Both, El Salitre and Canoas are scheduled to be fully operational by 2025.

As part of an educational campaign to raise awareness of the importance of Bogotanos “not turning their backs to the river,” CAR is organizing educational tours in a boat along a small section of the Río Bogotá, at the height of the city’s limit at Calle 80. Even though passengers are subject to pungent odors, the treated water from PTAR El Salitre have made a trajectory of several kilometers possible for navigation.

The recovery of the Río Bogotá is a question of political will and education. “If people don’t change their habits regarding how they dispose of waste, once all the projects have been completed, our work will not be sustainable,” remarks Acosta. Through its program Cultural Ambiental, CAR also is engaging youngsters to “change their chip” when it comes to recycling. Like many other famous waterways, the Río Bogotá has been plagued by plastic, and while a few herons can be seen along the grassy riverbank, there are mounds of tires, mattresses, and bottles. In 2017, CAR managed to clear 8 million tones of garbage from 30 kilometers of river it has jurisdiction over.

According to CAR by 2025, the Río Bogotá should be completely recovered, and the mayoralty of Enrique Peñalosa has proposed that it should be protected for future generations with an environmental corridor 70-kilometers in length called Parque Linear. This mega-project includes planting 120,000 trees along pedestrian and bike paths. Even though environmentalists believe that six-years is a tight timeframe to undo centuries of harm, Bogotanos can at least envision a city on a river.