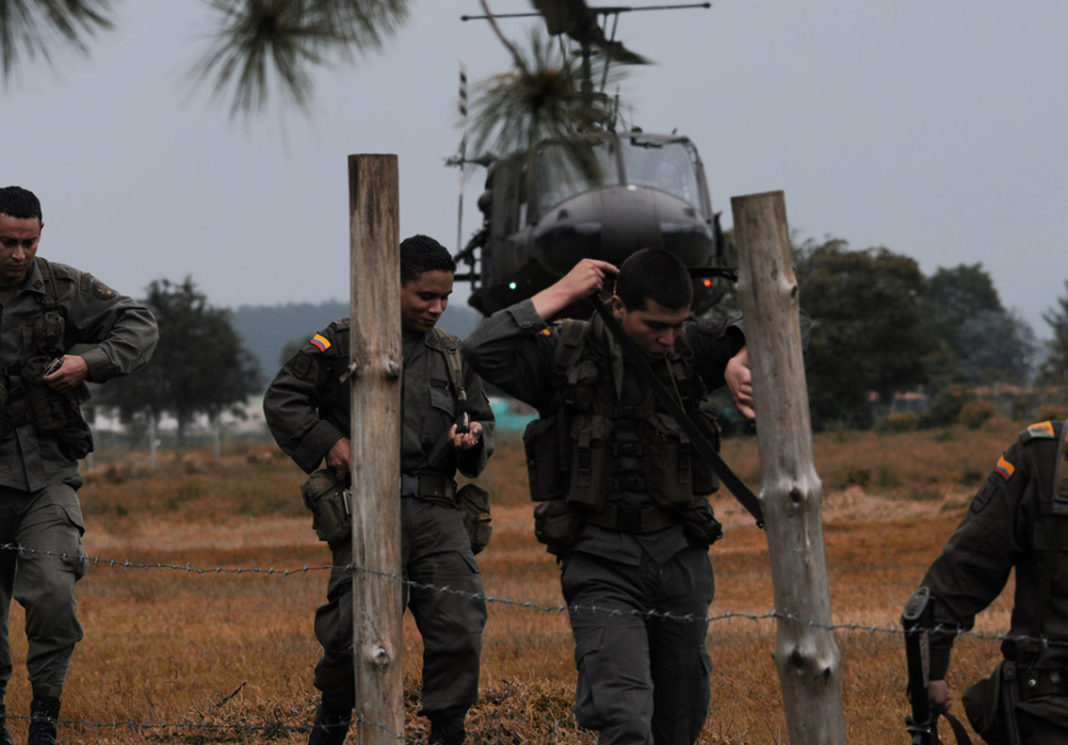 Colombia’s military spending dropped to USD $9.8 billion in 2015, a 17-percent decrease from 2014, according to a new report from the Stockholm International Peace Institute.

But Colombia’s 2015 expenditures are the 21st-highest in the world and the fourth highest in the Americas behind the United States (USD $596 billion), Brazil (USD $24.5 billion) and Canada (USD $15 billion).

The report, dubbed the “SIPRI Military Expenditure Database,” defines “military expenditures” as including the costs of operating the armed forces, defense ministries, paramilitary forces as well as money spent on personnel, arms procurement, military infrastructure, military aid and military research. All figures were adjusted for inflation and converted to current U.S. dollars.

In other words: The numbers of rebels fighting for the Revolutionary Armed Forces of Colombia (FARC) and National Liberation Army (ELN) have plummeted 62 percent since 2002, the year both rebel groups were estimated to have had their largest forces. But Colombia’s military spending has increased 195 percent over the same period.

In fact, with an estimated 7,000 FARC rebels and 2,500 member of the National Liberation Army (ELN), the report suggests Colombia spent approximately USD $1 million per guerilla fighter in 2015.

But military expenditures have fallen in two consecutive years, and a total of USD $1.8 billion has been shaved off during first three years of peace talks with the FARC. But President Juan Manuel Santos has warned that taxpayers might have to foot a higher bill if a peace accord is not reached with the rebel group.

“If the war continues, we will have to increase taxes to finance the war,” Santos said in June. “Wars are very expensive.”

It is not yet clear how the bilateral cease-fire with the FARC that has been in effect since August 29 has affected military spending or if a potential peace accord would allow the government to redirect money previously reserved for the military to other areas of the national budget. The 2015 figures are the latest available.

Although one of the highest in the world, Colombia’s military spending is miniscule compared to the U.S.’s $596 billion military budget and China’s estimated $214 billion.

Founded in 1966, the Stockholm International Peace Institute is an independent research think tank based in Sweden.

The institute’s data came from international databases maintained by organizations such as the World Bank and International Monetary Fund as well as military journals and newspapers and official government data, including “budget documents, defense white papers and public finance statistics published by ministries of finance and ministries of defense, central banks and national statistical offices.”