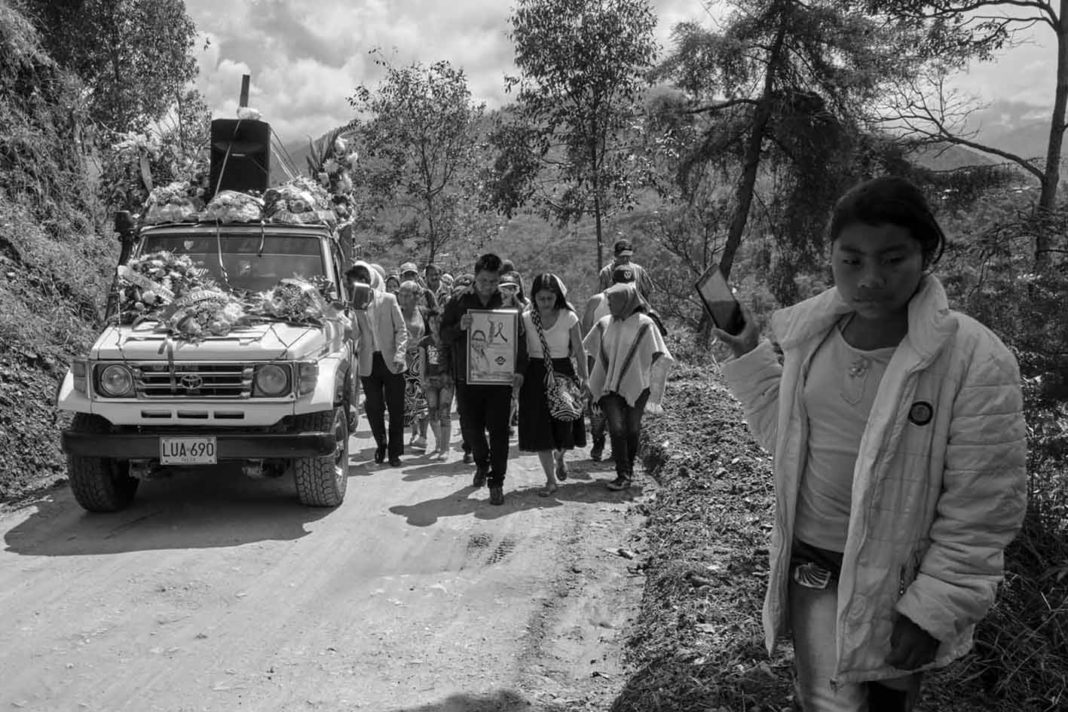 If the national quarantine has slowed the spread of coronavirus it has not deterred Colombia’s illegal armed groups from assassinating civic leaders and human rights defenders. According to the Institute of Studies for Development and Peace (INDEPAZ), during two months of lockdown, 25 activists have been murdered for protecting indigenous autonomy, endangered habitats from illegal mining and rights of vulnerable Afro-descendent populations.

Since the start of this year, 100 social leaders have been killed by paramilitaries, FARC dissidents, ELN guerrilla and other criminal groups protecting lucrative drug routes. Among the departments most affected are Cauca, Antioquia, Norte de Santander, Valle del Cauca, Nariño, Córdoba and Magdalena.

The first victim of the national quarantine was 18-year old Wilder García of the indigeous community Awá, executed inside his home near Barbacoas, Nariño. Barbacoas, in this southwestern department, is located along a drugs corridor that connects the coca growing region of Putumayo with the Pacific port of Tumaco.

According to the UN High Commissioner for Human Rights, Colombia’s “confinement measures have become an opportunity to kill and threaten indigenous people, social leaders and farmers, and seize territory of illicit economies.” The international organization references the precarious situation of public order in Cauca where 13 civic leaders have been killed so far in 2020, among them, Hugo de Jesús Giraldo on April 22 as lockdown completed a first month.

That same weekend, two other social leaders, Mario Chilhueso and Teodomiro Sotelo Anacona, were also killed in Santiago de Quilichao. “The COVID-19 pandemic and restrictions imposed by the government and by communities themselves to avoid the spread of the virus seem to have aggravated an already violent and volatile situation,” states UN spokesperson Robert Colville. “Armed groups as well as criminal groups appear to be taking advantage of the fact that most of the people are in lockdown to expand their presence and control over the territory,” he said.

In Cauca’s central regions, clashes between state security forces and ELN guerrilla have resulted in the forced displacement of rural communities belonging to the Inga and Nasa peoples. The UN also claims that 36 ex-combatants of FARC have been killed in the department since the signing of the peace agreement in November 2016. UN Secretary-General António Guterres has called for a global ceasefire so that measures aimed at preventing the spread of COVID-19 can be properly implemented in nations with internal conflicts.

“We call on the (Colombian) Government to conduct thorough, prompt, independent and impartial investigations into all allegations of human rights violations and to hold the perpetrators to account,” reads a UN statement.

A 70-year old sociology professor – Jorge Enrique Oramas – is the latest victim to be silenced during quarantine. The respected environmentalist from Universidad del Valle was killed on May 16 at his farm near Cali for defending conservation efforts against illegal mining inside the national park PNN Los Farallones.

Oramas was also an advocate of organic farming and seed protection. Cali’s Municipal Councilor Terry Hurtado has called on the Attorney General’s Office and National Police for swift prosecution of Oramas’ murder given that with quarantine public officials are focusing their efforts on the National Health Emergency. As the 25th social leader to be assasinated since March 20 when Preventive Obligatory Isolation was decreed, Oramas’ death cannot become another statistic in a long list of impunity with – or without – the scourge of coronavirus.