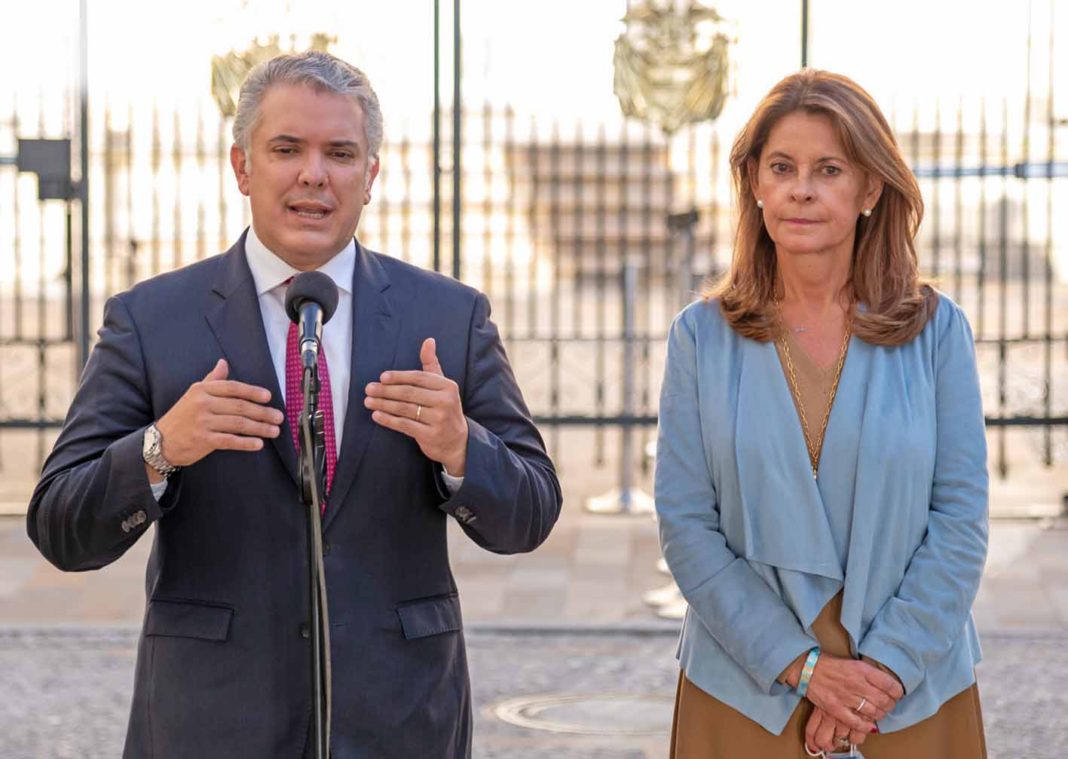 Colombian President Iván Duque has appointed Vice President Marta Lucía Ramírez as the incoming Foreign Minister after predecessor Claudia Blum handed in her resignation with denouncements by foreign governments of human rights abuses committed during the first two weeks of the general strike.

The decision to appoint Ramírez in a dual diplomatic role comes as the national government continues to face criticism by organizations, including the European Parliament, of police brutality against persons participating in Paro Nacional. Marta Lucía Ramírez brings to the Chancellery decades of international experience, having held previously two ministerial posts (Foreign Trade and Defense) as well as Senator in which she legislated for women to attain the highest ranks within the Armed Forces, as well mandating English teaching in schools. “I asked Marta Lucía to assume the Chancellery to strengthen bilateral relations […] and reaffirm not only the democratic spirit of our country, but also the conviction of being a country always respectful of human rights, always focused on the unrestricted defense of the democratic values,” remarked President Duque.

The Foreign Minister’s first port of call is Washington where she is expected to meet with U.S Secretary of State Antony Blinken and Democratic Congressional representatives, before heading to the member states of the European Union. Many European media outlets have dominated their coverage of Colombia’s internal crisis based on social media postings showing excessive force by the National Police against civilians.

Ramírez will also work to preserve Colombia’s role in global forums and organizations such as the Andean Community of Nations, NATO, Organization of American States (OAS) and UN. “We know that this is a particularly important moment for Colombia with its international agenda,” stated Duque. “Colombia is a country of great potential, not only to attract investment, but also to have much deeper economic development with jobs for young people, women, and opportunities for entrepreneurship,” he said. “We are going to work very hard to place the name of Colombia very high.”