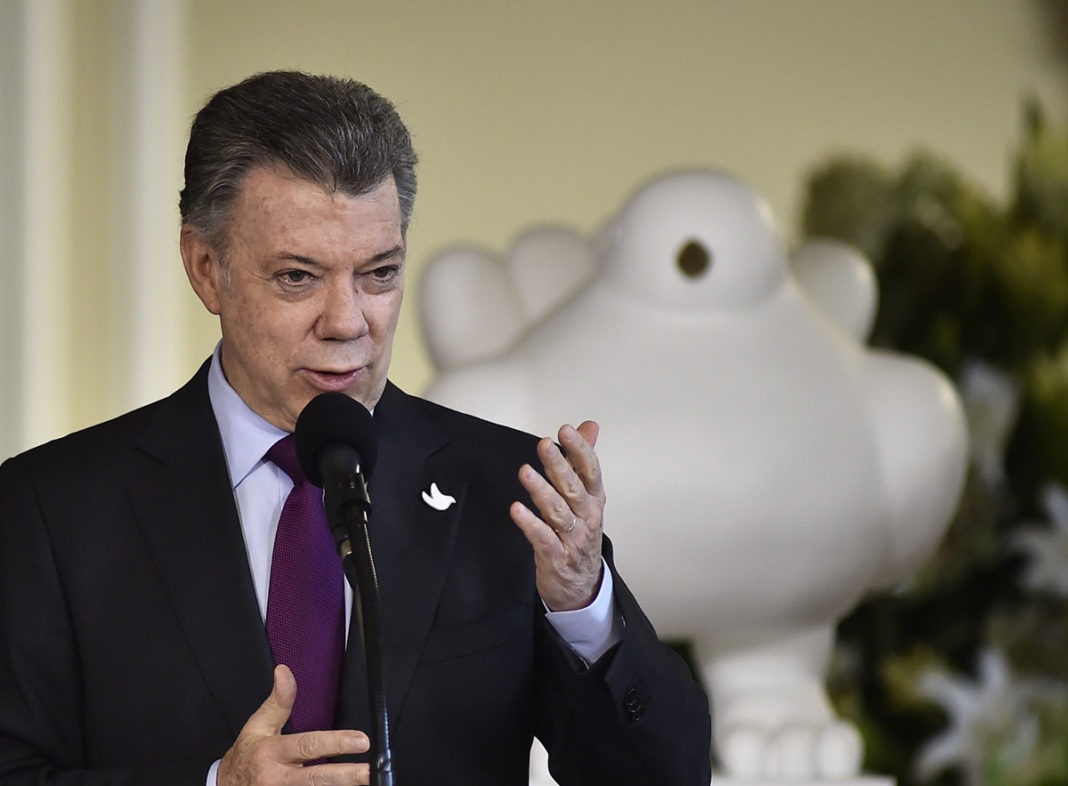 The company said it paid US$11.2 million in bribes to Colombian officials during the same period, according to U.S. court filings. The payments were allegedly made to secure lucrative contracts to build portions of the Ruta del Sol highway that connects the interior of the country with the Caribbean coast, near Santa Marta.

And the fallout from the corruption scandal continued to shake Colombia’s political establishment this week after prosecutors alleged that Odebrecht may have contributed to the 2014 presidential campaigns of the country’s top-two candidates, President Juan Manuel Santos and Democratic Center candidate Óscar Iván Zuluaga. Representatives of both campaigns have denied these allegations.

Brazilian authorities said they uncovered Odebrecht’s international bribery scheme in March while investigating widespread corruption at Brazil’s state-run oil company Petrobras. In December, Odebrecht agreed to pay “at least US$3.5 billion” in fines to authorities in the United States, Brazil, and Switzerland for what the U.S. Justice Department has called the “largest foreign bribery case in history.”

Here is the timeline of a scandal that has implicated many Latin American presidents, including Colombia’s Juan Manuel Santos.

March 20, 2014 — An investigation into money laundering at a money exchange stand at a Brasilia gas station takes a surprising turn when Brazilian authorities arrest Paolo Roberto Costa, a former executive at Brazil’s state-owned oil company Petrobras, after discovering that a convicted money launderer operating at the gas station had given Costa a Range Rover Evoque.

March 8, 2016 — Marcelo Odebrecht is sentenced to 19 years in prison for paying more than US $30 million in bribes to Petrobras officials in exchange for contracts and influence.

March 22, 2016 — Brazilian prosecutors announce that they have uncovered a corruption scheme at Odebrecht. The company says it will cooperate with the investigation.

December 21, 2016 — Odebrecht, and Braskem, a Brazilian petrochemical firm that Odebrecht has a majority stake in, agrees to pay US$3.5 billion to authorities in the United States, Switzerland, and Brazil as part of a plea agreement.

The company acknowledges in the agreement to paying US$788 million in bribes between 2001 and 2016 in exchange for contracts associated with 100 public works projects in Angola, Argentina, Brazil, Colombia, Dominican Republic, Ecuador, Guatemala, Mexico, Mozambique, Panama, Peru, and Venezuela. Of the US$788 million in bribes, US$11.2 million were issued to Colombian officials.

January 13, 2017 — Gabriel García Morales, former vice-minister of transportation during Álvaro Uribe’s administration, is arrested in Bogotá for allegedly receiving a US$6.5 million bribe from Odebrecht in exchange for a construction contract for the second section of the Ruta del Sol highway. García was in charge of the bidding process.

January 14, 2017 — Former Colombian Senator Otto Bula is captured in Bogotá for allegedly receiving a US$4.6 million bribe in exchange for awarding a contract for the Ocaña-Gamarra section of the Ruta del Sol highway.

February 7, 2017 — Colombia’s National Election Council announces it will open a formal investigation into the 2014 presidential campaign of Democratic Center candidate Óscar Iván Zuluaga after allegations surfaced that Odebrecht paid consulting fees to a prominent Brazilian political advisor, José Eduardo Cavalcanti de Mendonça, on behalf of the Zuluaga campaign. Zuluaga has acknowledged that Odebrecht representatives introduced him to Mendonça, but he has denied that the company made any financial contributions to his campaign.

February 7, 2017 — Colombian Attorney General Néstor Humberto Martínez says that at least US$1 million of a bribe that Bula received from Odebrecht may have found its way into the coffers of President Juan Manuel Santos’ 2014 reelection campaign. The accusation is based on declarations made by Bula. Santos’ campaign director denies receiving money from the former senator or the embattled Brazilian company.

February 8, 2017 — Santos asks electoral authorities to investigate the allegations that his 2014 presidential campaign received at least US$1 million dollars from Odebrecht. “I ask the electoral commission for a thorough investigation as quickly as possible so all of the truth about the Odebrecht case can come to light,” Santos says on Twitter. A bloc of politicians and members of Santos’ administration defend the president in a signed declaration: “Today, the attorney general said there is no evidence that shows the possible contribution of money from the company Odebrecht to Juan Manuel Santos’ reelection campaign in 2014 … besides the testimony of Mr. Otto Bula.”

A statement released by president Santos’ cabinet ministers reads: “President Santos these last six years has demonstrated to Colombians that in all of his activities he is a transparent and unimpeachable leader.” The statement that circulated widely on social media claims “people of dubious reputation” are out to “sully the campaign.”

After FARC disarmament, what next for Colombia’s peace?