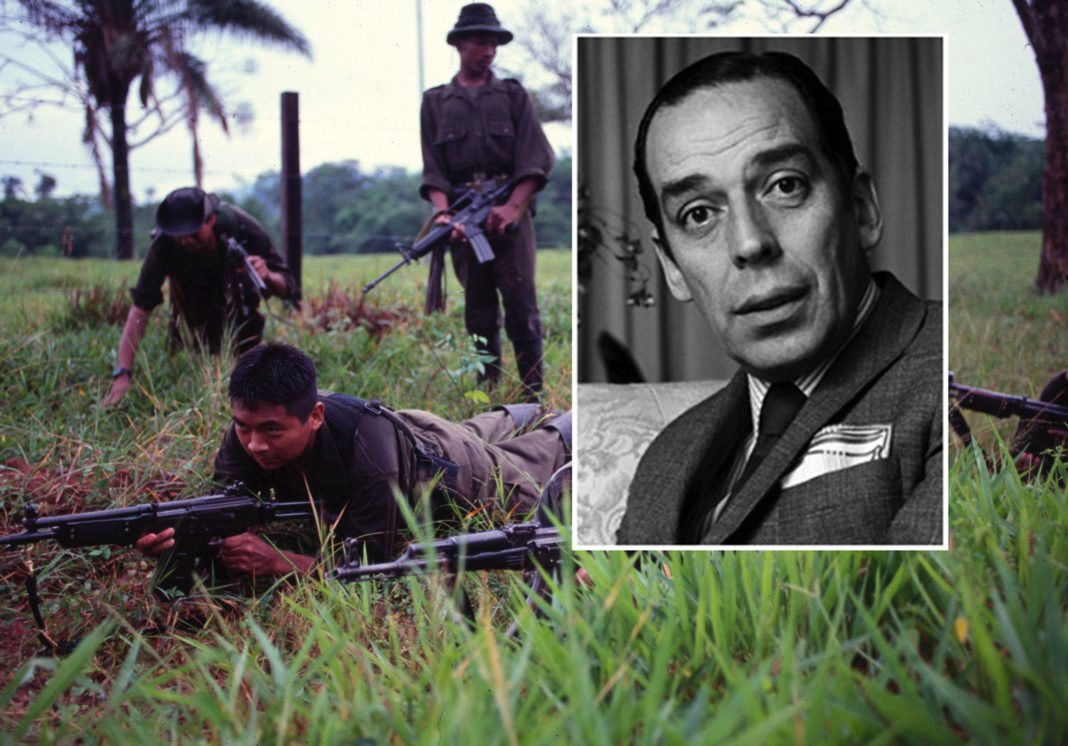 The representatives of the demobilized Revolutionary Armed Forces of Colombia (FARC) guerrilla, during a session of the Special Peace Tribunal (Jurisdicción Especial para la Paz– JEP), claimed the organization’s responsibilty for the assassination on November 2, 1995, of the Conservative party politician and presidential candidate Álvaro Gómez Hurtado. In a written declaration to the magistrates of JEP, and signed by the eight ex-members of FARC’s Central Command, including maximum leader Rodrigo Londoño, alias “Timochenko,” the declaration states that “impunity has remained an open wound at the heart of the family and friends of Alvaro Gómez.”

The bombshell decision by ex-FARC to find closure to one of the longest-running criminal investigations in recent Colombian political history – and on the eve of the 25th anniversary of the leader’s murder – came  with an official apology to “all Colombians for having debased democracy and to the peace of a country with Gómez Hurtado.” The declaration’s final paragraph asserts: “Today, we know that our adversaries in war can be our allies in peace.”

Gómez Hurtado, age 76, was gunned down by two motorized hitmen as he was leaving the Sergio Arboleda University in the north of Bogotá. His death followed other targeted killings of high profile politicians and journalists by the Medellín drug cartel, including 1990 Presidential candidate for the New Liberalism party Luis Carlos Galán. Alvaro Gómez lost the 1994 election bid to Liberal candidate Ernesto Samper Pizano. President Samper was sworn into office less than a year after Pablo Escobar was gunned down on the rooftop of his Medellín hideout. Escobar’s death on November 2, 1993, at the hands of the National Police, cleared the way for the rival Cali Cartel to dominate the global narcotics trade, and known for their low key business acumen.

While Washington confided in Samper that he could “win the drug war” – as he stated days before his inauguration – and introduce tough legislation to strengthen the country’s anemic attitude towards drug-financed corruption, U.S President Bill Clinton also believed that the new government would be a capstone for the new antidrug program Plan Colombia. “Colombian society is tired of violence, be it guerrilla or narco,” remarked Samper to TIME in his first presidential interview. “We’ve been through so much that people will practically accept any formula to get out of it,” he added.

With the lucrative drug routes of the Medellín cartel and Cartel of Norte del Valle becoming part of “Cali Inc.’s” global narcotics portfolio, the country’s two guerrilla organizations – FARC and ELN – forged dangerous alliances with narcotraficantes to meet the demand for cocaine in fast-growing European markets. The drug barons of the Cali cartel, often seen dining with their extended families in some of the city’s most exclusive hotels and restaurants, also wanted to expand their political influence with the newly-elected presidency.

The day after the election, Conservative candidate Andrés Pastrana who lost by a narrow margin to Samper, handed out copies of an audiotape that contained a conversation between the Cali drug bosses and Alberto Giraldo, a journalist acting as a go-between. The trio was heard discussing how to donate US$3.6 million to Samper’s campaign. In the following days, two more tapes surfaced casting suspicion on Samper, campaign manager Santiago Medina, and incoming Minister of Defense Fernando Botero Zea for knowingly having accepted dirty money from a drug syndicate that in 1994 exported 700 tonnes of cocaine and 5 tonnes of heroin.

The suggestion, however, that Samper had been ensnared by the Cali bosses was based on the fact that in March 1989, he narrowly escaped death when Medellín cartel hitmen fired 11 bullets at his abdomen during a campaign rally in the department of Norte de Santander. An examination of the tapes by the then Attorney General Carlos Gustavo Arrieta found that they had been edited and could not stand up in court as evidence. The U.S government, however, believed otherwise and proceeded to isolate the Colombian leader to the extent that in 1996 President Clinton revoked his U.S entry visa.

The declaration by FARC that they were behind the murder of Alvaro Gómez, and confirmed again on Tuesday by “Timochenko,” also reveals how the organization morphed during the mid-1990s from being a Marxist insurgency to one heavily financed and backed by cartel money. This transition during the final years of the group’s founder, alias Manuel “Tirofijo” Marulanda, more than doubled FARC’s fighting capacity from 6,000 members to 13,000 and at the time Samper’s successor, Conservative President Andrés Pastrana, initiated peace talks in the demilitarized region of San Vicente del Caguán.

The talks that began on January 7, 1999, were doomed from the start after “Tirofijo” refused to turn-up at the inaugural event leaving the President sitting alone on a makeshift stage. During the almost two-year-long peace negotiations, FARC continued its practice of attacking civilian and military targets, as well as mass kidnapping. The power struggle inside ex-FARC’s leadership between its ideological wing led by “Timochenko” and its narco-financed military one spearheaded by the sanguine field marshal “Mono Jojoy”. 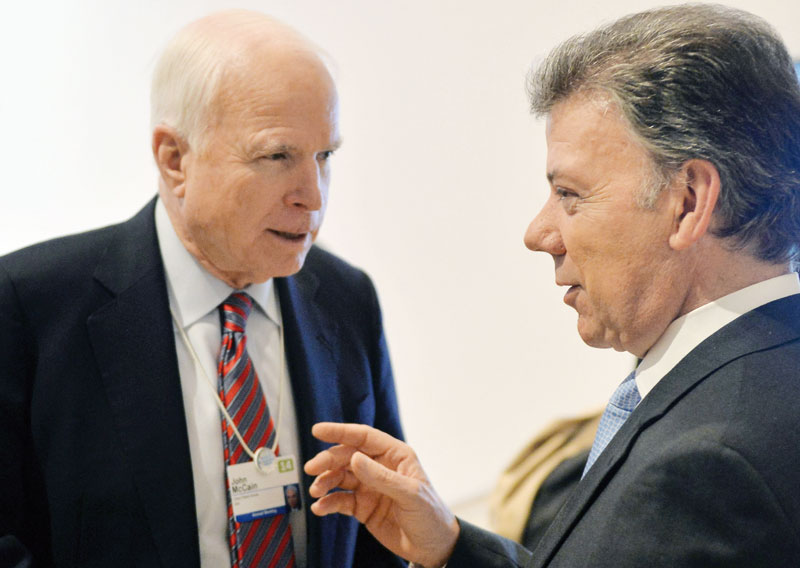