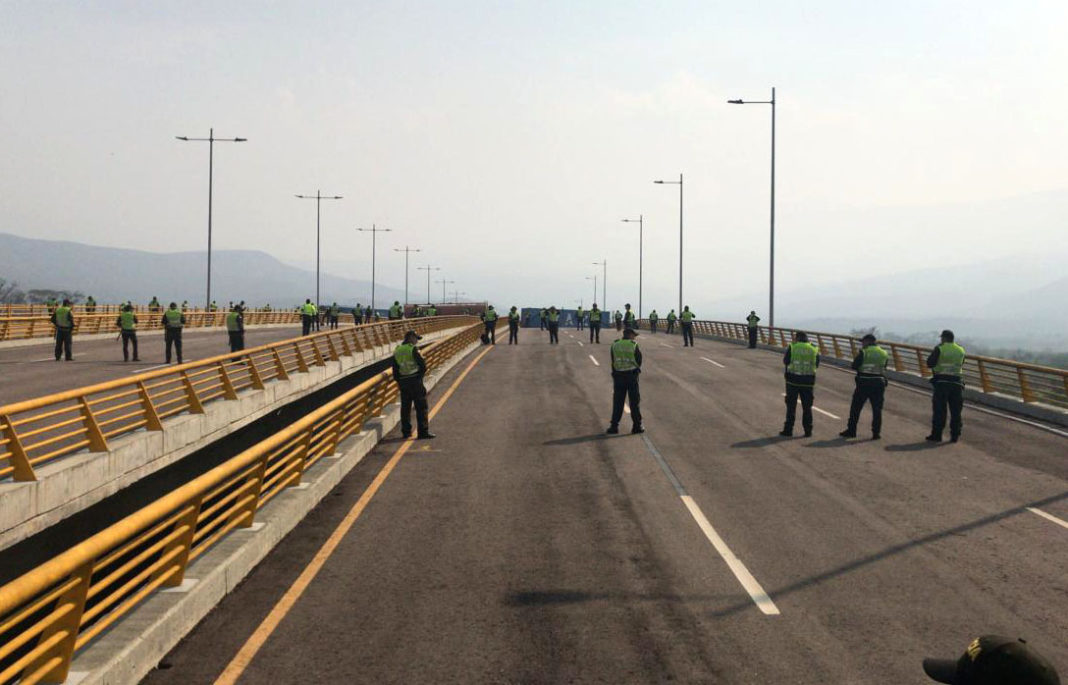 Four members of Venezuela’s National Guard (Guardia Nacional) deserted their post early Saturday morning – three scrambling across the Simón Bolívar bridge that unites the city of Cúcuta with Venezuela,  the other, at Francisco de Paula Santander bridge – all handing themselves over to representatives of Colombia’s immigration entity Migración Colombia.

As tensions escalate along the border, thousands of supporters of interim president Juan Guaidó are congregating along Tienditas International bridge, the main overland transport post that has never been inaugurated, to support a humanitarian aid convoy expected to enter Venezuela on Saturday despite President Maduro having ordered the blockade and closure of all border crossing with Colombia.

Other videos circulating on social media early Saturday show supporters of the aid convoy removing barricades in the city of Ureña near the Venezuelan border taken by Venezuelan media and violence flaring up at a National Guard barricade.

Colombian President Iván Duque is expected to reach the border crossing at Tienditas, Saturday morning. Venezuela’s Juan Guaidó on his twitter has offered amnesty to all security forces who walk across the border.

Venezuela’s interim President Juan Guaidó called on his countrymen Friday evening from the Tienditas food storage warehouse where 600 tonnes of canned goods, personal hygiene products, and medicines have been stockpiled, to “join the avalanche of solidarity,” with the convoy and join the historic transition to democracy.  Guaidó decreed that all of Venezuela’s borders will open on Saturday, despite Maduro’s blockade that extended to Brazil when the regime closed their southern-most crossing on Thursday evening.