The Foreign Ministers from the 14-nation Lima Group gathered in Bogotá on Monday to present a united front against the regime of Venezuela’s Nicolás Maduro and rallied around Juan Guaidó as the legitimate President of Venezuela.

The diplomats from a regional bloc that was created in 2017 to find a negotiated settlement to the crisis in Venezuela, were joined by U.S Vice-President Mike Pence, Colombia’s Iván Duque, and interim President Guaidó.

Reciting words by U.S President Donald Trump that “there will be no turning back” at this “momentous hour for the people of Venezuela,” Pence also announced new sanctions against four Venezuelan state governors who are backing Maduro and the regime’s corrupt financial networks. “We will work with all of you to find every last dollar that they stole and work to return it to Venezuela,” remarked the Vice-President.

Recalling Saturday’s timeline of violent events when humanitarian aid trucks were attacked and set on fire by Cuban-backed paramilitaries of the regime as they attempted to peacefully enter Venezuela, and accompanied by thousands of aid volunteers,  Pence remarked, that despite the brutality the world witnessed during the weekend, and images of Maduro dancing on a stage in Caracas in front of his loyal Bolivarian guard, “a new day is coming in Latin America […] in Venezuela and across the Western Hemisphere.”

Vice-President Pence also directed words of solidarity for Guaidó, saying: “President Donald Trump asked me to be here today to deliver a simple message to you and to the people of Venezuela: Estamos con ustedes.  We are with you 100 percent.  We stand with you in America, along with all the nations gathered here today, and we will keep standing with you until democracy and your libertad are restored.”

More than 50 nations have also recognized Juan Guaidó as the only legitimate President of Venezuela.

Referring to Colombia as the US’s “strongest partner” in the region, and thanking Brazilian Vice President Mourão for “great compassion in providing aid to the Venezuelan people,” Pence noted that more than 200 members of Venezuela’s armed forces have defected from the regime in recent days. “Thirty usurpers must not be allowed to deny liberty to 30 million people,” said the Vice-President, adding that the United States will provide an additional US$56 million to the US$140 million in aid to deal with the migration problem across the hemisphere. Some 3,4 million Venezuelans have fled their country during the last several years as a result of the country’s economic collapse.

The Foreign Ministers also said that they will hold Maduro accountable if anything happens to Guiadó or his family given “serious and credible threats” against his life.

According to the Geneva Conventions, the denial of humanitarian aid is a breach of international law. For the representatives of the Lima Group, Maduro’s blockade of eight trucks carrying food, medical supplies, and essential goods, constitutes a “crime against humanity” and will be presented to the International Criminal Court (ICC). “The transition to democracy must be conducted peacefully by Venezuelans within the framework of the constitution and international law, supported by political and diplomatic measures without the use of force,” said the Group’s statement.

The 11th session attended by Guaidó – after he defied a travel ban by Maduro and appeared at the Venezuela Aid Live concert in Cúcuta on Saturday – stayed clear of backing any sort of military option to oust Maduro, and in the days ahead, one of the many challenges Guaidó faces, is how to re-enter his country as the legitimate head of state, after Maduro threatened to imprison the 35-year old leader for treason. 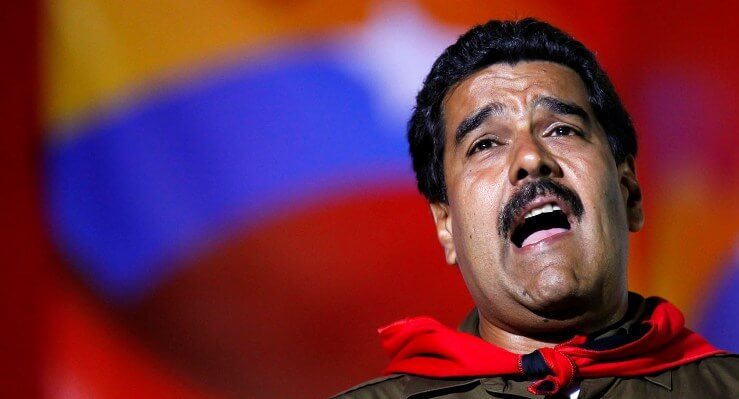