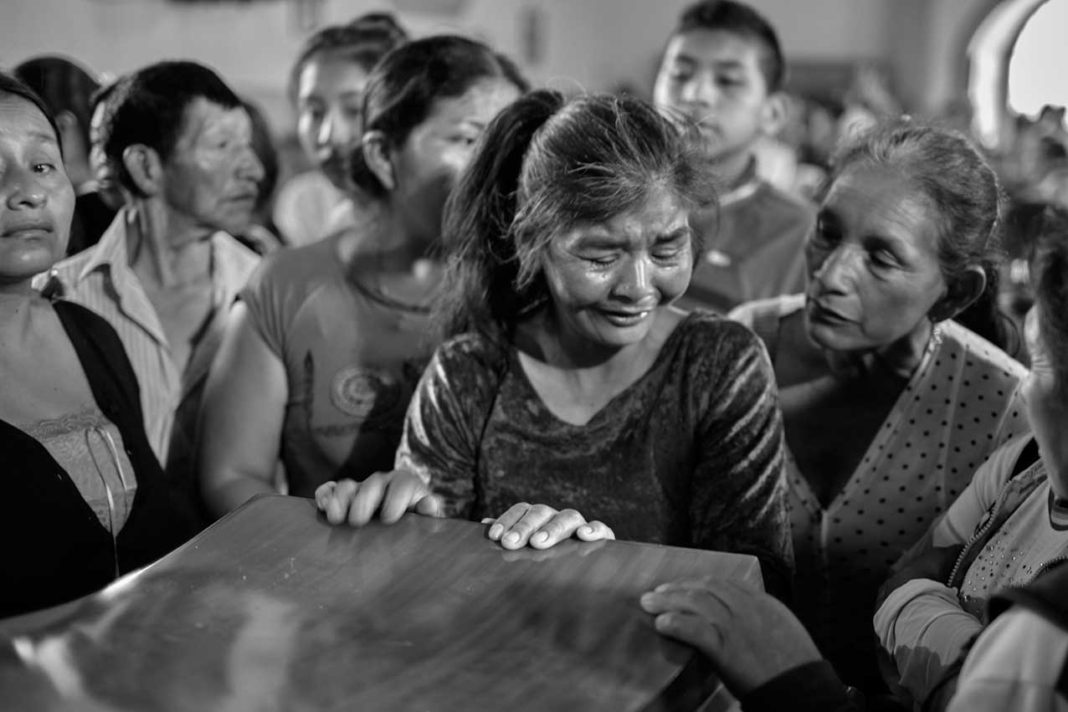 The murder of five youngsters as they were staying at a farm in Buga, Valle del Cauca, as well as the deaths of 14 civic leaders and environmentalist Gonzalo Cardona, makes January the most violent month in Colombia since the signing of the 2016 peace accord with the Revolutionary Armed Forces of Colombia (FARC) guerrilla.

According to the Special Justice Tribunal (JEP), a massacre is being committed every four days in the country and four years into the post-conflict. JEP signaled the proliferation of illegal armed groups, among them the National Liberation Army (ELN) guerrilla, Gulf Clan, and FARC dissidents for perpetrating the majority of these crimes.

The accusation by the magistrates of a court established as part of the peace accord comes with the announcement by FARC’s political representatives that their organization will once again change their name to “Comunes” or “Commons.” FARC called themselves the Revolutionary Alternative Common Force at the end of the five-decades long internal conflict, yet kept their initials despite their association with terror campaigns, mass kidnappings and forced displacement.

This rupture with the past comes as the country witnesses the territorial expansion of FARC dissidents under command of two former negotiators, alias Iván Marquez and alias Jesús Santrich. “In practice, and in reality, keeping the name FARC was not appropriate,” remarked the party’s president Rodrigo Londoño during their II Assembly in Bogotá. Londoño was the architect of the Final Accord with President Juan Manuel Santos after four years of negotiations in Havana, Cuba.

Known by his nom de guerre “Timochenko,” Londoño believes rebranding gives new impetus for the party to consolidate Congressional participation in the upcoming 2022 elections after near-disastrous results with 85,000 votes – or less than 1% – in the 2018 House of Representatives and Senate count. As part of the accord, Comunes is entitled to 10 Congressional seats until they expire in 2026.

“We changed our name to leave behind the time of war […] #COMUNES will make it easier for us to get closer to different social and political sectors of the country,” tweeted Londoño.

Burying the past, yet striving to “work for a just country and well-being for common people,” even after 256 ex-combatants who demobilized from the rank and file of the 7,700-strong guerrilla have been assassinated since November 2016 has not deterred the battlefield-tested commander from staying with the post-conflict, and  in January, the organization lost another seven members to violence, among them, Bertulfo Álvarez, a former member of the Secretariat and signee of the accord.

“Recurring violence against populations in the process of reincorporation has been recognized by Special Justice Tribunal (JEP) and Verification Missions of the United Nations,” wrote Timochenko on Monday in an open letter to President Iván Duque, stressing that the government reduced the budget of the National Protection Unit that guarantees security for those reentering civilian life. “They are killing us for doing politics in the name of peace,” he writes.

On Tuesday, Londoño also sent his condolences to the family of Carlos Holmes Trujillo, the country’s Minister of Defense, with the news of his death from coronavirus. “This pandemic should inspire us with a profound change in the social order, in which life is at the center of everything,” expressed Londoño. Londoño narrowly escaped an assassination attempt in January 2020 after members of the National Police thwarted and killed two gunmen who had received training from Iván Márquez and another dissident commander, Hernan Darío Velásquez “El Paisa.”

The foiled attempt against Londoño occurred just three months before the coronavirus quarantine was decreed by President Duque, and now, the leader of Comunes believes his life is at risk again without guarantees of government resources.

During a momentous week in which coronavirus claimed the life of two leaders on opposing sides of the political spectrum, 69-year old Carlos Holmes Trujillo and 70-year old Julio Roberto Gómez, President of the CGT trade union, the pandemic shows how vulnerable Colombians are to infection regardless of economic, political and social differences.

As the country registered 381 additional deaths from COVID on Tuesday – raising the national total to 52,128 – violence across the country has not been stymied, nor shows signs of abating, during the pandemic. Repeated calls by opposition parties and human rights organizations to end the spiral of violence as military operations against dissidents operating in territories formerly controlled by FARC continue have yielded results, but too few, to curb the spiral of violence in the difficult months ahead.

Victims of Colombia’s conflict arrive in Cartagena for ceremony