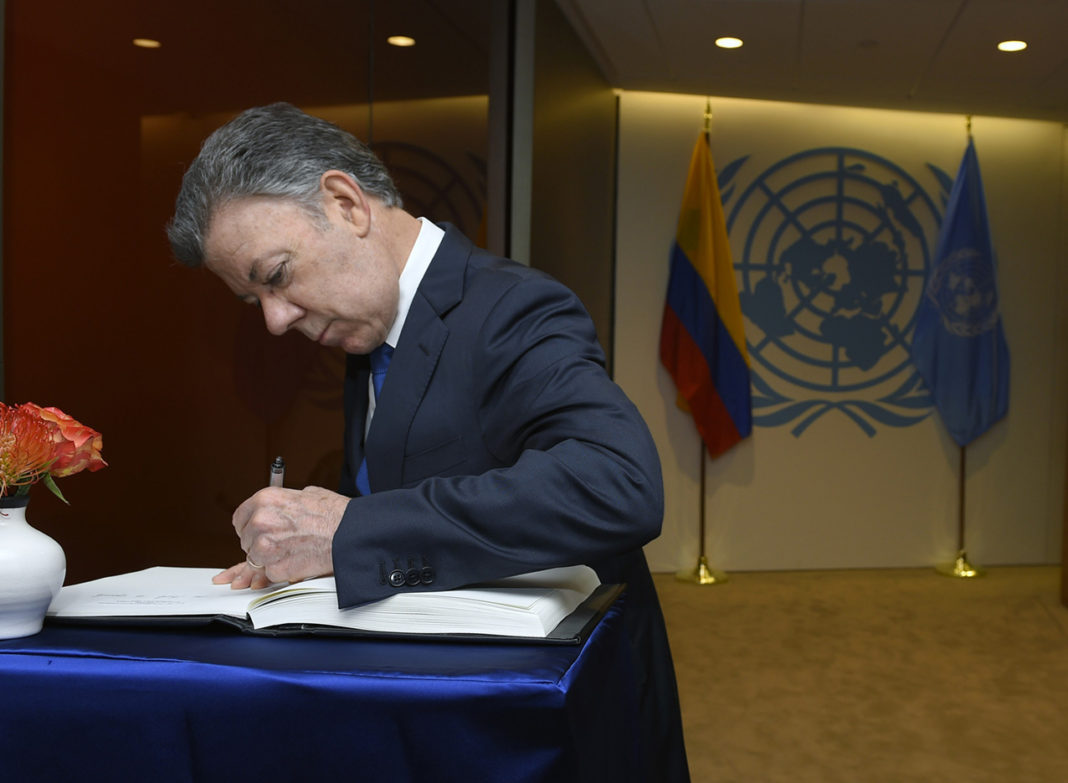 Recalling his first appearance on September 24, 2010, at the United Nations, as President of Colombia – and during a week in which a senior commander of the Revolutionary Armed Forces of Colombia (FARC) guerrilla was killed  –  Santos, seven years later, delivered “news from Colombia that does not have to do with death but life.”

On a day in which Trump called North Korea’s Kim Jong-Un a “Rocket Man” on a “suicide mission,” Santos turned to the United Nations, thanking Secretary General António Guterres “on behalf of 50 million Colombians” for helping his country achieve peace. “Ending a war, overcoming hatred, overcoming fears, involves a complex process of dialogue and compromise,” said Santos. The president also praised the international organization for verifying and monitoring FARC’s complete disarmament. “The United Nations has fulfilled with Colombia, the mission for which it was created, and which is none other than to end the scourge of war.”

As peace talks proceed in Quito, Ecuador, with the country’s smaller National Liberation Army (ELN) guerrilla, Santos confirmed the United Nations will verify the compliance of a bilateral cease-fire that goes into effect October 1.

In line with other world leaders, Santos condemned the ballistic arms race in North Korea that constitutes a “threat to world peace and security.” And like his vocal U.S counterpart – who called the Venezuela of Nicolás Maduro a “dictatorship” – Santos remarked that as a result of an immense border, history and human ties, Colombians cannot be “indifferent” to their common destiny. “Venezuela hurts,” said Santos, calling on the international community to support a peaceful solution that “brings the Venezuelan people back to the path of progress, democracy and freedom.”

Santos’ words also echoed those of Trump who referred to the collapse of Venezuela as a “situation that is completely unacceptable,” and reminding leaders of the region that the United States “cannot stand by and watch as a responsible neighbor and friend.”

From condemning terror attacks around the world to facing the wrath of climate change, Santos reiterated his nation’s unconditional support of the Paris Climate Agreement, that commits 188 nations to curb rising global temperatures. “As the most biodiverse country in the world in relation to extension, we are also one of the most vulnerable,” he said.

Santos concluded his last United Nation speech with a mention on the war on drugs. “It has not been won, nor is being won,” claimed Santos, and what appeared as a direct rebuke to Trump’s recent threat to “decertify” Colombia in its drug eradication efforts. Santos reminded international leaders of the many lives lost in the war on drugs and that “Colombia has paid a very high price, perhaps the highest of any nation.”

Before leaving the stage to a wave of applause, the 2016 Nobel Peace Prize recipient, said his country’s peace is proof that the “strength of life can overcome the tyranny of violence.” 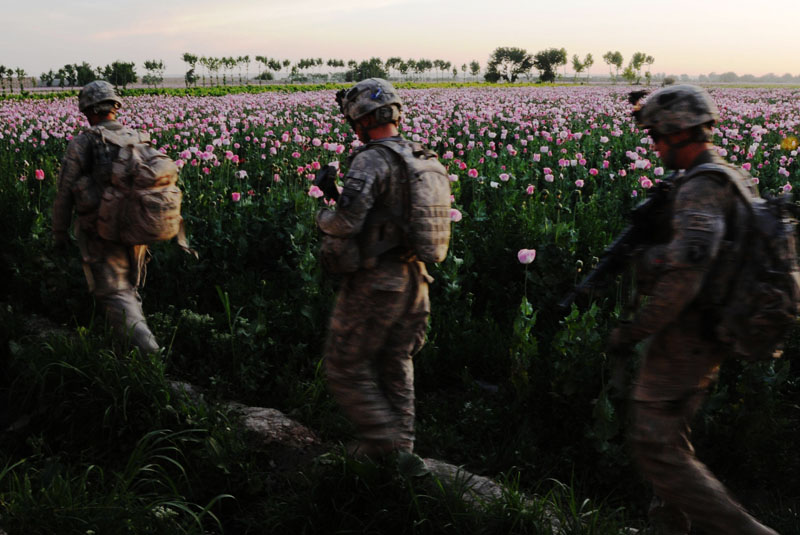