Imagine a threat that endangers the lives of well over a billion people. Even when it does not kill you, it may leave you with physical and emotional scars that last a lifetime.

You may be more prone to depression, anxiety, and dependence on alcohol and drugs. You may suffer sexual and reproductive health problems, including unintended pregnancy and HIV. You may also be at increased risk of developing diseases such as cancer. You may even be more likely to enter a life of crime.

Imagine that solutions exist to confront this threat, but countries and communities are either not aware of them, or are not willing to make the investments needed.

Such a threat does indeed exist, and its name is violence.

Violence shatters lives. It comes in many forms – against children and the elderly, among youth, between intimate partners. Many incidents of violence occur behind closed doors. Others occur in schools and workplaces and on the streets.

On Dec. 11, the World Health Organization, together with the United Nations Office on Drugs and Crime and the United Nations Development Programme, launched the inaugural Global status report on violence prevention 2014. The report, which provides data and information from 133 participating countries covering 88 percent of the world’s population, aims to put violence firmly in the spotlight and stimulate action to prevent it.

The statistics tell their own shocking story: Globally, homicide is the fourth leading cause of death for people aged 15–44 years. In 2012, an estimated 475,000 people were murdered, 80 percent of whom were male.

Beyond these fatalities, violence is widespread. One in four children has been physically abused, one in three women has been a victim of physical or sexual violence by a partner in her lifetime, and hundreds of thousands of young victims of violence receive emergency medical care each year.

The consequences of violence go far beyond the reach of families and communities, and have a profound impact on a nation’s ability to develop socially, economically, and politically.

Despite these grim statistics, there is hope. The Global Status Report On Violence Prevention 2014 indicates that rates of homicide have decreased globally by 16 percent since 2000, with every region of the world seeing a decrease of between 10 and 40 percent.

Yet, while countries are seeking ways to address violence, serious gaps remain, and much more needs to be done.

Today, only one-third of countries are implementing each of the 18 “best buys” for violence prevention measured in the report. These include home visitation and parenting education programs to prevent child maltreatment, life-skills training and school anti-bullying initiatives to prevent youth violence, social and cultural norms change to prevent violence against women, and caregiver support to prevent elder abuse.

The report also reviewed 12 laws relevant for violence prevention, and found that while 80 percent of countries had enacted each of those laws, only half had fully enforced them. These include laws against rape (including rape in marriage), weapons in schools, membership in gangs, and corporal punishment.

Providing care and support to victims of violence is of immense importance for reducing psychological trauma, helping victims heal, and ensuring that they don’t themselves become perpetrators of violence. Unfortunately, fewer than half of the countries surveyed offer mental-health services to address the needs of victims of violence.

In recent weeks, people of all ages in regions around the world have taken to the streets to protest violence. Citizens are speaking out against rape in India, alleged police involvement in gang-related killings in Mexico, and police brutality in the United States.

The international community has identified violence as a key issue that needs to be addressed within the context of the United Nation’s post-2015 development agenda. Draft goals include, for example, an end to violence against children, and the elimination of all forms of violence against women and girls.

It is understood that violence will not go away overnight, but if countries garner the political will needed to put the right programs in place, enhance and enforce laws, and strengthen services for victims, one could imagine families and communities – and perhaps entire societies – free from violence.

About the author: Etienne Krug is the Director of the World Health Organization’s Department for Management of Noncommunicable Diseases, Disability, Violence and Injury Prevention. 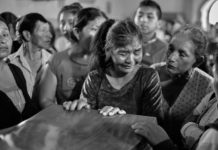 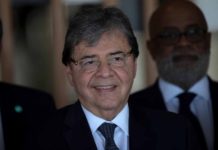 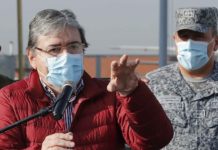