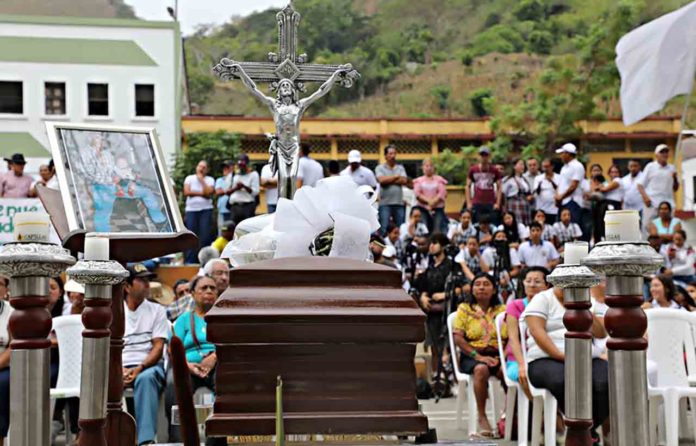 The U.S State Department has released the 2020 Human Rights Report with a section on Colombia detailing human rights abuses and unlawful killings committed during a year in which the government-mandated lockdowns and other restrictions to mitigate the spread of coronavirus. According to the report, the pandemic did not deter illegal armed groups from committing arbitrary killings, rape and abuse of women and children, as well as unlawful recruitment of child soldiers.

The report also denounces arbitrary detention by security forces of civilians and the death of Javier Ordoñez on September 8 while in police custody. “A video of the incident shows police officers using taser shocks and beating Ordoñez to restrain him. Ordoñez later died in the hospital, and an autopsy revealed the beating was the cause of death,” claims the report.

The State Department also recognized the “effective steps” taken by the Special Jurisdiction for Peace (JEP) to hold perpetrators of gross violations of human rights accountable in a manner consistent with international law. The JEP is the justice component of the Comprehensive System for Truth, Justice, Reparation, and Nonrepetition provided for in the 2016 peace accord with the FARC. The report also highlights JEP’s Case 003, focused on extrajudicial killings or “false positives,” committed by the First, Second, Fourth, and Seventh Army Divisions.

“The Attorney General’s Office reported there were open investigations of 14 retired and active-duty generals related to false-positive killings as of August. The Attorney General’s Office also reported 2,286 open investigations related to false-positive killings or other extrajudicial killings as of July 31,” claims an official bulletin, adding that JEP has received 250 voluntary versions in Case 003 from alleged perpetrators recounting their versions of events that occurred during the conflict. Such testimony led investigators to uncover a mass grave of alleged false positive victims in the department of Antioquia.”

Secretary of State Antony Blinken mentioned during the release of the report that “the trend lines on human rights continue to move in the wrong direction. We see evidence that in every region of the world this is happening.” Blinken also referenced attacks against and imprisonment of opposition politicians, anti-corruption activists, and independent journalists in Venezuela. “COVID-19 has disproportionately impacted individuals and groups in our societies who were already subject to abuse, to discrimination, to marginalization before the pandemic, such as racial and ethnic minorities, persons with disabilities, LGBTQI persons,” he added.

The U.S Government also recognized that since the signing of the 2016 Final Accord with FARC, more than 400 human rights defenders have been murdered in Colombia, as well as 232 ex-guerrilla combatants. The report signals the country’s many illegal armed groups, including FARC dissidents, National Liberation Army (ELN), Gulf Clan, and other narcotics cartels, as “significant perpetrators of human rights abuses” and violent crimes. “President Biden has committed to putting human rights back at the center of American foreign policy, and that’s a commitment that I and the entire Department of State take very seriously,” remarked Blinken.

In the country data released by the State Department, child recruitment in Colombia continues to be a major violation of international humanitarian law, with 6,860 children forced to join criminal networks between November 16, 1999, and July 31, 2020. According to the report, “Government and NGO officials confirmed rates of child recruitment increased with the appearance of COVID-19 and related confinement measures.”