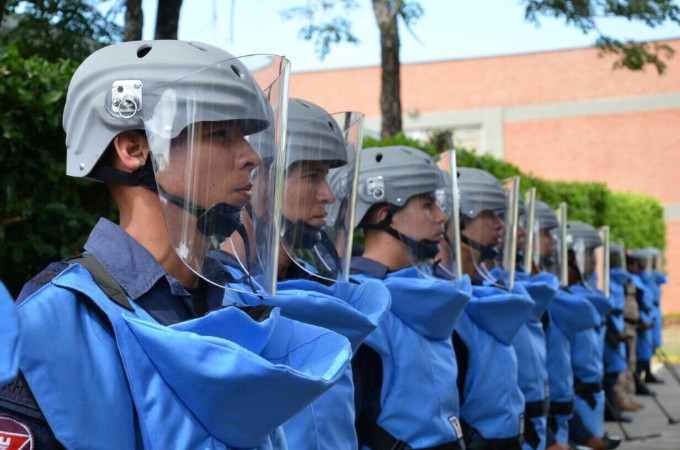 Since the early 1990’s, and until the end of 2017, landmines have killed and wounded a total of 11,542 civilians and military personnel in Colombia.

According to the Dirección para la Acción Integral contra Minas Antipersonal (The Directorate for Integral Action against Anti-personnel Mines), the highest number of victims was recorded in 2006 when 1,232 people were either killed or injured. Ten years later, the number of casualties has been reduced to 89. In 2017, there were 56 victims, and at the end of the first trimester of 2018, 28 cases were registered by the government. With these figures, Colombia has moved from second place to tenth place in the ranking of countries with the highest number of victims of landmines in the world, according to Landmine Monitor, an international organization that monitors mines.

Speaking at the commemoration of International Day of Awareness against Antipersonnel Mines in Puerto Inírida, Guainía, President Santos indicated that due to the demining operations carried out by the Humanitarian Demining Brigade, the Explosives and Demining Association of the Marine Infantry and 10 national and foreign organizations, 6 million square meters of Colombia’s territory has been cleared free of suspected of landmines.

“We are taking an unprecedented leap in the task of demining Colombia. On the baseline defined in the 2016- 2021 strategic plan, where 673 municipalities were identified with some contamination, we have advanced by 33% of the total,” Santos said.

The director of Descontamina Colombia Sergio Bueno said that due to the enhanced security after the Final Accord with FARC was signed, the humanitarian demining operations have made a breakthrough in the last year.

“The agreement has generated favorable security conditions that allowed us to reach territories where it was not possible before. In the first semester of 2016, we had 1,342 men and women in the field and today we have 5,468 people accredited by the Humanitarian Demining Brigade to carry out operations,” he explained.

Furthermore, international support has been unwavering. A U.S$38 million dollar donation by the Howard G. Buffett Foundation resulted in the clearing of 91,000 square meters in the department of Tolima of landmines. The project was developed by the Presidential Cooperation Agency (APC-Colombia), Defence Ministry and National Army. Together with the support of a foundation created by one of the world’s most generous philanthropists – Warren Buffet – the financing of demining in the central department of Tolima, included the acquisition of 68 motorized vehicles, such as motorbikes, ambulances, vans and trucks. Villarrica can now claim the good fortune to be the latest of 37 communities that are safe from the scourge of buried explosives.

According to the director of APC- Colombia Sergio Londoño, “support from the international community has been fundamental for Colombia to meet demining objectives derived from the commitment to continue working for peace. This support allows Villarrica and many more populations to walk freely.”