The judgment that Russia’s incursion into Crimea resulted from American weakness downplays more influential factors. The role that Ukraine plays in Russia’s narrative of post-Soviet atrophy, for instance, suggests that it would also be central to any Russian effort to restore its imperial boundaries. Zbigniew Brzezinski noted 20 years ago “the widespread feeling in Moscow that Ukrainian independence is an abnormality as well as a threat to Russia’s standing as a global power.” With last month’s ouster of Ukrainian President Viktor Yanukovych, Russia evidently concluded that this threat had become existential.

The diagnosis of weakness also exaggerates U.S. agency. Former U.S. Ambassador to Russia Michael McFaul observes that “no U.S. president has ever succeeded in deterring Soviet military intervention in Eastern Europe over the last 70 years.” Confining herself to the post-Cold War period, Anne Applebaum renders a similar judgment: The United States, she explains, has “had very little influence on Russian internal politics since 1991, even when we’ve understood them. The most important changes … took place against our advice. The most important military decisions … met with our protests.”

The pressing question is not what the United States could have done to pre-empt Russia’s gambit, but how the United States and its allies in Western Europe will react. Thinking of Russian President Vladimir Putin as a master strategist will undermine their ability to respond constructively.

Few would contest Putin’s shrewdness. He served as an intelligence officer in the Soviet Union’s principal security agency from 1975 to 1989, has remained the dominant figure in Russian politics since his appointment as prime minister in 1999, and has managed, time and again, to shift attention away from systemic Russian weaknesses to his own cunning. Given the extent of distrust between the United States and Russia, moreover, it is unsurprising that many U.S. observers tend to impute long-term designs to Putin’s conduct.

The available evidence suggests, however, that impulse and improvisation have driven Putin’s recent actions at least as much as calculation. According to The New York Times, a survey of Putin’s remarks and a series of interviews with Russian diplomats and analysts indicate that “the Kremlin’s strategy emerged haphazardly, even misleadingly, over a tense and momentous week,” and that some of its decisions, “particularly the one to invade Crimea, then took on a life of their own.”

Even if one believes that Western fecklessness has emboldened Putin, it cannot compensate for the domestic capacity that Russia would need to pursue a long-term project of “Eurasian integration” (to borrow a phrase from Putin’s March 18th address). Given its growing Muslim population and the soaring Chinese presence in its Far East, the number of ethnic Russians is declining even faster than Russia’s overall population. Beyond its poor demographic outlook, the shale-gas renaissance in the United States and the construction of gas terminals throughout Western Europe are undercutting the coercive leverage that Russia can exercise with its own gas resources.

As for actually executing a plan to “re-Sovietize” its periphery, the path from reabsorbing Crimea to suborning all of Ukraine would not be straightforward. As Johan Norberg explains, “dividing the country in any meaningful way with military force is too big a task even for the Russian military. Even a limited operation in the most Russian-friendly areas of Eastern Ukraine would be very complex and demanding to sustain over time.”

While Belarus, to the north, has erstwhile been one of Russia’s closest allies, it has come out in opposition to Ukraine’s partition, if only for reasons of self-interest. Andrew Wilson argues that its economy “depends on good relations with countries in the European Union. … But Russia’s aggression in Ukraine – and Putin’s suggestion that the competition in the region is zero-sum – is now threatening to put those relationships in jeopardy.”

Sandwiched between Ukraine and Romania, Moldova will be a litmus test of Russian revanchism’s potential. While some observers are already calling its breakaway Transdniestria region the next Crimea, Moldovan President Nicolae Timofti has warned Russia against any adventurism there.

If Russia would find it difficult to incorporate these three non-NATO members – Ukraine, Belarus, and Moldova – imagine the resistance it would encounter if it tried to absorb the numerous countries in its vicinity that do belong to that alliance. To its immediate west are Estonia, Latvia, and Lithuania. Farther west are Poland, the Czech Republic, Slovakia, Hungary, Romania, and Bulgaria.

While Russia’s annexation of Crimea has intensified concern about NATO’s capability and cohesion, it has also renewed the alliance’s raison d’être. Robin Niblett assesses that “Putin could not have scripted this better for those who believe in the continuing relevance of NATO.”  Given his opposition to “having a military alliance making itself at home right in our backyard or in our historic territory,” why would Putin risk the reaffirmation of NATO’s mission?

Russia’s incursion could also limit the prospects of two major diplomatic initiatives: the fledgling Eurasian Economic Union – which currently consists of Russia, Belarus, and Kazakhstan – and the Eurasian Union, which Putin envisions as “a powerful supranational association capable of becoming one of the poles in the modern world.”

Less discussed, but no less relevant, is the fact that it could complicate Russia’s relationship with China. A public display of support for Russia’s actions would not only go against China’s longstanding normative commitment to noninterference in other countries’ affairs, but would also delegitimize its opposition to independence for Taiwan, Tibet, and Xinjiang.

If Putin deduces from the annexation of Crimea that Eurasian integration is feasible, he may have succumbed to hubris. It is also possible, of course, that he has no such designs and suffers no such illusions – the fear of losing Ukraine may have been so visceral that he decided to incur the sorts of costs that a rational leader would try to avert. However one interprets Russia’s foray into Crimea, though, it seems premature to call it strategic.

About the author: Ali Wyne is an associate of Harvard University’s Belfer Center for Science and International Affairs and a contributing analyst at Wikistrat. He is also a co-author of Lee Kuan Yew: The Grand Master’s Insights on China, the United States, and the World (2013).

*This article is part of an exclusive syndication agreement with The Mark News www.themarknews.com 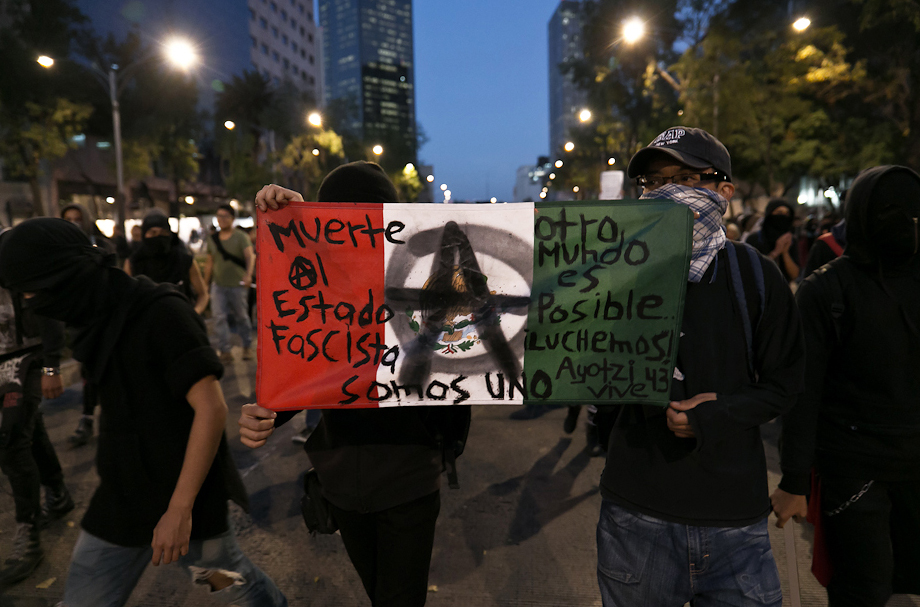 A cry against impunity