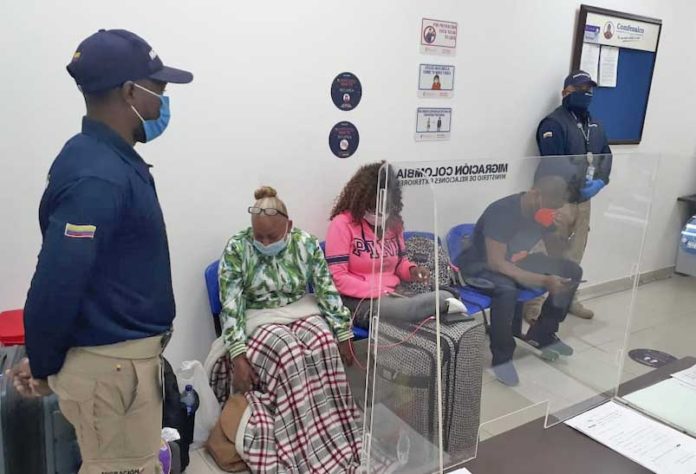 Three U.S citizens who entered Colombia on January 8 for a holiday in Cartagena were detained at immigration after they presented falsified “negative” PCR tests. The foreigners – two women and one man – attempted to leave the destination on a flight home and presented at emigration PCR results acquired on the black market. When the test codes didn’t match, officials from Migración Colombia contacted the laboratory directly, confirming that the results matched those of other individuals taken in October 2020.

The incident at Rafael Nuñez airport on Thursday reveals desperate measures some tourists are willing to take to “beat the system” or justify a vacation despite the global pandemic. The detention of the three tourists in Cartagena comes days after another U.S citizen arrived in the capital Bogotá after flying with a positive PCR test. The passenger was removed from the immigration line at El Dorado and detained by authorities for violating the country’s transportation regulations. The Houston-based carrier has also come under scrutiny for allowing to board a coronavirus positive passenger who knowingly put at risk the safety of crew and 150 other fellow passengers. The four travelers face hefty fines and the possibility of being denied future entry to Colombia.

While the cases are a drop in the bucket compared to the 36,000 non-residents who entered the country during the December holiday season, they also show that some foreigners continue to believe that a trip to Colombia is a license to break the law, from cheating the health system, to more illicit activities such as drugs and sex trafficking. As the pandemic has heightened controls at airports with overland borders closed until March 1, the state’s security forces are also on alert to arrest persons attempting to enter the country illegally – and in most major cities where new restrictions have been decreed – revelers breaking curfew.

Colombia’s Attorney General’s Office has opened preliminary investigations against 11,000 individuals on charges of violating the health emergency during the first nine months of the pandemic and which include participating in clandestine parties, consuming alcohol in public spaces during Ley Seca and infringing the identity card restriction Pico y cédula.

From 8 pm Friday, January 15, to 4 am Monday, January 18, Bogotá enters another strict lockdown as the capital registered on Thursday its worst per day increase in coronavirus infections – 7,714 – since the outbreak on March 6, 2020.