Home News Final and revised peace accord to be signed Thursday at the Colón...
Twitter
WhatsApp
Linkedin
Facebook 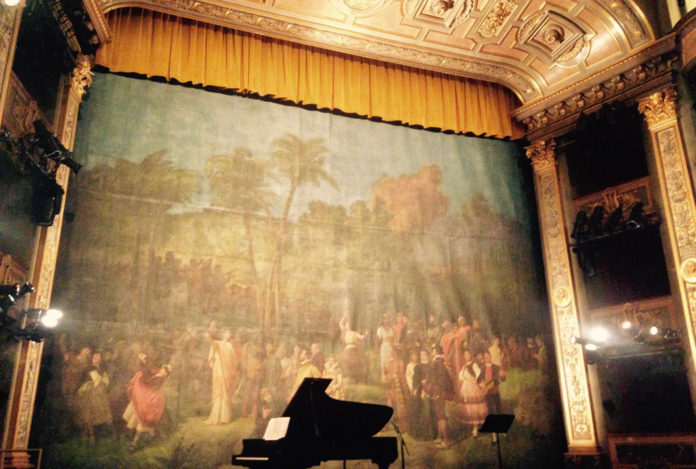 After days of speculation and uncertainty the New Final Accord between the Colombian government and the Revolutionary Armed Forces of Colombia (FARC) guerrilla will be signed, Thursday, November 24 in the Teatro Colón in Bogotá. The ceremony scheduled to begin at 11:00 am will bring together in this “theatre of all Colombians” the peace delegations from both government and FARC and presided by President Juan Manuel Santos and the guerrilla’s maximum commander Rodrigo Londoño, alias “Timochenko.”

With the ceremony planned Thursday, the signing of the New Final Accord will  be presented to Congress in order to be debated and passed into law before the legislature closes for the end of year holidays, December 23.

The Colombian Government prolonged a bilateral ceasefire with the 13,000-strong rebels to December 31st after voters narrowly rejected the original Final Accord during a national plebiscite October 2 and that was celebrated in Cartagena a week earlier.

After four years of peace talks in Havana, Cuba, the signing Thursday officially ends more than a half-century of conflict with FARC, and that claimed the lives of 260,000 and displaced seven million.

After the government announced Tuesday that the new revised accord would be signed in Bogotá and FARC negotiators turned up in the capital, the opposition representatives from the “No” campaign and led by former presidents Alvaro Uribe and Andrés Pastrana, announced that they would reject the changes added to the new accord and have called on Colombians to stage a “civil resistance” to peace accord.

Santos held a six hour meeting on Monday with Uribe Vélez to review the deal, but the vocal former president remained opposed to the new deal, stating that by handing over the accord directly to Congress, the president disqualifies the results of the plebiscite. “The government prefers to imposition that divides Colombians rather than a National Pact to reach an approximation,” reads a statement from Uribe’s parliamentarians. Uribe remarked Wednesday that the new accord promotes “impunity.”

Wanting to close the chapter on the new accord, Santos during a televised address Monday night remarked: “Lives have been lost and many more lives are at risk. We couldn’t forgive ourselves if we hadn’t acted promptly and firmly to correct that situation. We need to act. There’s no time to waste.”

Santos was opposed to calling another plebiscite given time restraints for FARC to begin handing over their weapons, and after a busy agenda that included a state visit to the United Kingdom during the first week of November. The President was also awarded the Nobel Peace Prize, October 7 for his attempt to secure a lasting peace for Colombians. The Nobel award ceremony is scehduled for December 11 in Stockholm.