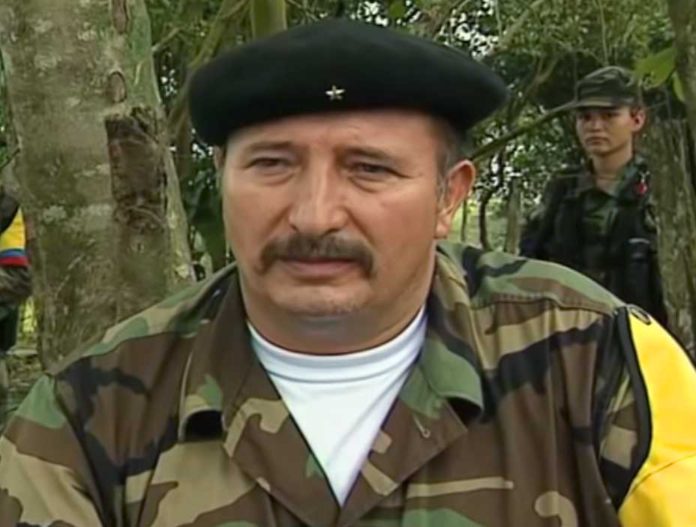 The Senator for FARC, Julian Gallo Cubillos, has gone from battlefield commander to confessor-in-chief after admitting that the order to kill the conservative politician Álvaro Gómez was handed down by the former guerrilla’s frontline warlord “Mono Jojoy.”

The mere mention of this alias for many Colombians recalls the most brutal moments of the internal conflict at the start of the century when “Mono Jojoy” orchestrated mass kidnapping campaigns and kept hundreds of soldiers confined inside barbed wire cages. In television footage released back in 2001, “Mono Jojoy” is seen inspecting the cramped conditions of one cage located deep in the Colombian jungle, and scene reminiscent of the Bosnian-Serb run concentration camps.

In an interview published Thursday by El Espectador, the order to assassinate Álvaro Gómez was carried out by the Eastern Bloc under command of “Mono Jojoy” and which controlled vast areas of the departments of Cundinamarca, Meta, Casanare and Boyacá. FARC’s top military chief was killed during an aerial bombardment by the Colombian military of a camp in La Macarena back in 2010.

Losada, at the helm of FARC’s Bogotá militia, confirmed that one of its members – “El Profe” – pulled the trigger that killed Gómez on November 2, 1995. Lozada’s most recent revelations come days after FARC’s maximum commander Rodrigo Londoño – alias “Timochenko” – admitted that they alone were responsible for the death of the former Presidential candidate, and with their confession, hope “to close the horrific chapter of war.”