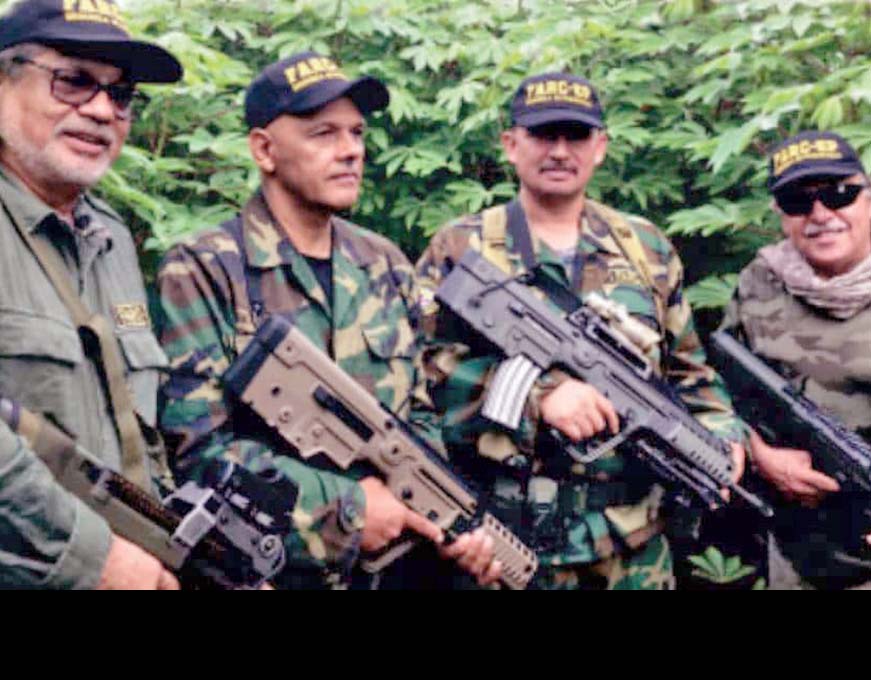 Four commanders of the former Revolutionary Armed Forces of Colombia (FARC) guerrilla, including former chief peace negotiator alias “Iván Márquez” released a statement on Monday in which they appear brandishing modern assault weapons. The statement titled “Duque must go” and datelined from the Second Marquetalia – the Tolima township where the insurgency was founded back in 1964 – accuses the government of President Iván Duque of “setting the country on fire under pressure from Washington.”

The two-page public declaration also references the current political scandal involving alleged vote-rigging on behalf of the Duque campaign by an influential rancher and drug trafficker José “El Ñeñe” Hernández. “We have to close ranks against the tyranny, the ineptitude and bad government,” sign the commanders, adding that “the coronavirus that saved Duque from the anger and indignation in the streets, no longer serves to appease popular discontent much less his boring and bland daily television appearances.”

The image of Iván Márquez accompanied by El Paisa, Aldinever Morantes and Jesús Santrich – the latter who also negotiated in Havana the 2016 Final Accord – and all fugitives from the Special Peace Tribunal (JEP), also shows the acquisition of new Israeli and Russian manufactured weapons. In contrast to the old AK-47s in a video dated August 29, 2019, announcing their “return to arms,” the most recent photograph also reveals Ex-FARC’s capacity to upgrade its military hardware in international markets, including its closest regime ally: Venezuela.