A front commander of the National Liberation Army (ELN) guerrilla, Andrés Felipe Vanegas, known by his war alias “Uriel” and who bragged last month that the Marxist organization had infiltrated anti-police brutality protests was killed Sunday during a military operation in the department of Chocó. Operation Odín was carried out by an elite team of Air Force, Navy and infantry forces. Uriel was third in command of the Western Bloc and considered within the guerrilla as one of their main recruiters. On Wednesday, President Iván Duque traveled with Minister of Defense Carlos Holmes Trujillo to the departmental capital Quibdó, the day when protests returned to the streets of Bogotá with the National Strike – Paro Nacional. President Duque was criticized by the strike’s leaders, Bogotá Mayor Claudia López, left-wing politicians and representatives of the indigenous Minga for leaving the capital under the guise of not listening to a slate of grievances.

According to the Ministry of Defense, “Uriel” was considered a high-value target for months, and when he released the video confirming the participation of urban militias in torching police stations across Bogotá on September 9 and 10, security forces were able to confirm the location of his jungle hideout. “We knew that if we did not act immediately, he could move along the river,” remarked an officer of the Armed Forces to the media. “His capture was a priority because we knew that it would be a structural blow to the Western front, which carries out criminal actions in Chocó. Antioquia, Valle and Risaralda.”

In an address to the nation on Sunday night from Quibdó, President Duque affirmed that Uriel was responsible for the kidnapping and murder of social leaders. “This criminal felt untouchable, but we reached his den,” stated Duque, adding that Uriel also claimed responsibility for the murder of 22 police cadets during a car bomb attack last year at the General Santander Academy in Bogotá. “This is a very important target because one of the most visible figures of this terrorist organization has fallen,” highlighted President Duque. “But, also, a criminal who used social media, social networks, to defend crime.” 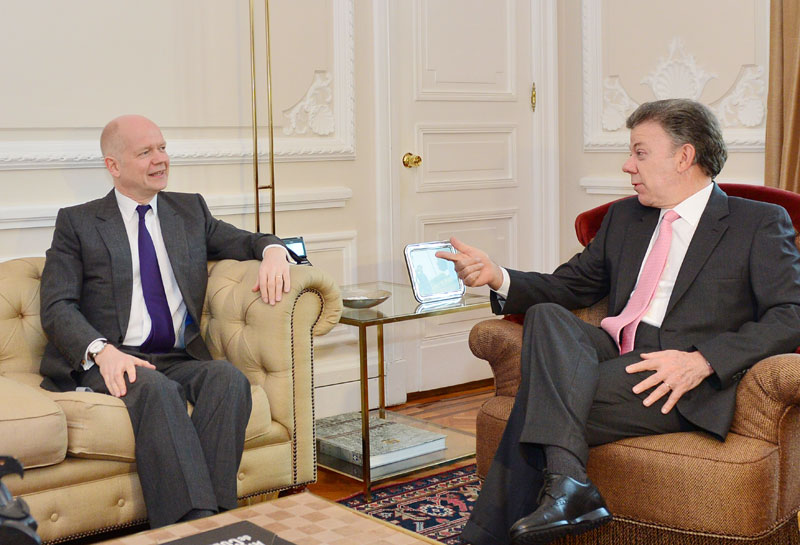