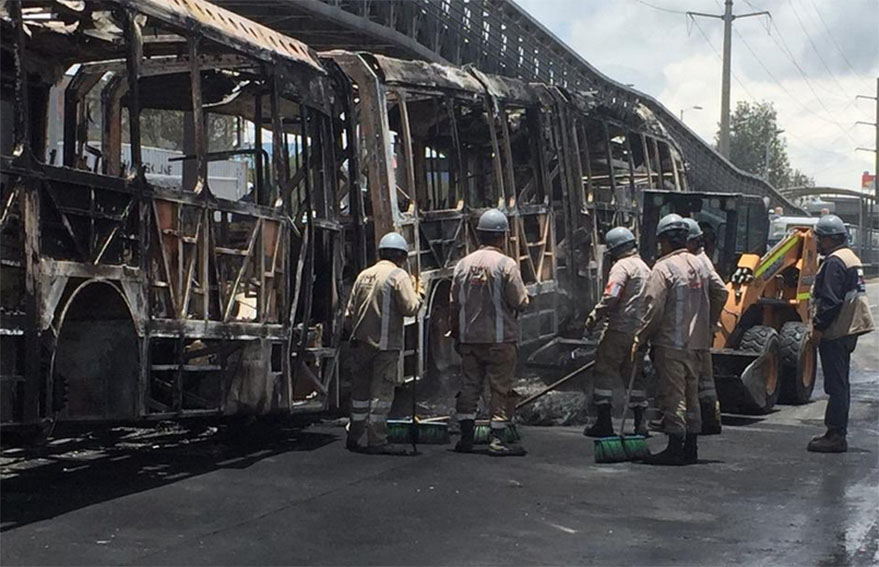 The death toll after two days of rioting in Bogotá over the death of 43-year old lawyer Javier Ordoñez has climbed to 12: Nine in the capital and three in nearby Soacha.

The youngest victims are Jaider Fonseca, 17, shot with a firearm during the protests on Wednesday and who died at the Cardio Infantil Clinic. Fonseca worked a delivery boy and his death sparked further protests on Thursday. Eider Arias, also 17, lost his life on Thursday at the Meissen hospital.

Another victim is 18-year old Julieth Ramírez, shot by a stray bullet as she returned home from visiting a friend in Suba La Gaitana. Julieth was studying English and Psychology.

Angie Vaquero, 29, worked as a security guard for the district and was shot during the riots in Suba. She died at the Hospital de Engativá. Fredy Mahecha, age 20, also a security guard, and who was returning from his shift in a shopping mall died after being shot in the chest.  The other named victims are Germán Puentes (25), Andrés Rodríguez, (23), Julián González (27) and Gabriel Estrada (31).

On Thursday, a 40-year old woman, María del Carmen Viuvche, died after being run over by a public transport bus after it was hijacked by vandals during the protests on Thursday night in Suba.

In Soacha, a city southeast of Bogotá, three persons were killed during the confrontations: Engineer Cristian Andrés Hurtado (31), Lorwuan Mendoza (26) and one individual whose identity has still to be confirmed.

Besides the tragic loss of life of many who were not participating in the protests against police brutality, more than 400 have been injured, including 193 members of the National Police. Claudia López visited the country’s largest military hospital and offered her sympathies to the injured officers. “They are just as young and humble as the injured and deceased. We must offer all young people in Colombia a way of the future, not one of confrontation,” she said. Attacks have been directed at police command posts – CAIs – of which 54 were damaged or torched, as well as 78 buses of the city’s mass transit system TransMilenio. According to authorities 8 of the red articulated buses were incinerated and can only be replaced within a year.

After the violent episodes that have besieged Bogotá during the last 48 hours, Mayor López has – until Friday – ruled-out a citywide curfew, instead advising the city’s nine million residents to be home by 7 pm. With TransMilenio buses taken out of service for repair and safety reasons, many commuters have been forced to walk long distances to reach their homes or places of work. Protesters on Thursday night attempted to block the city’s main North-South highway, AutoNorte, by erecting barricades from garbage collection bins and setting fire to tires.

With 15 protests planned on Friday, Mayor Claudia López asked for a meeting with President Iván Duque and Prosecutor General Fernando Carrillo to “personally hand-over information and proposals” in regard to disturbances that look to extend into the weekend, complicating the gradual economic reopening of the capital and generating more mobility gridlock. To protect a transportation system completed during the administration for former two-term Mayor Enrique Peñalosa, López announced that TransMilenio will close at 8:00 pm.

Peñalosa denounced the attacks to TransMilenio stating on Twitter: “There are people interested in destroying the public transport system of the city, to prevent people from going to work to earn a living. That is terrorism, equivalent to destroying the aqueduct of a city.”