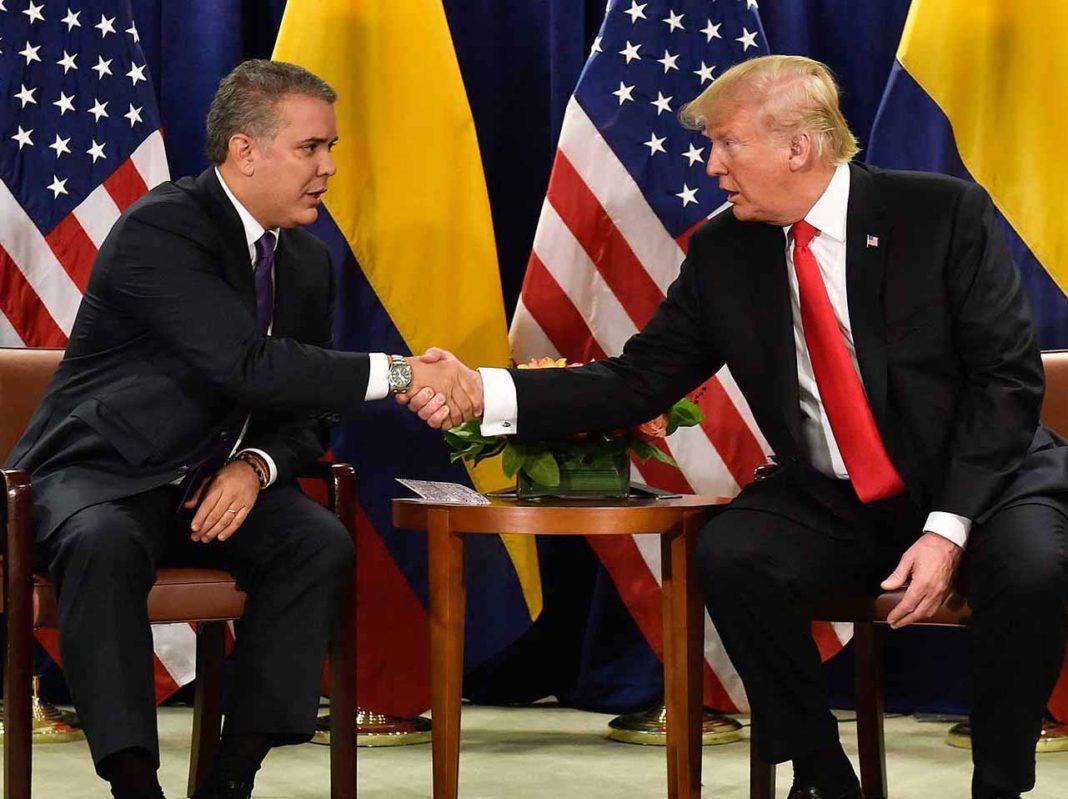 The political fallout over one of the most contested elections in recent U.S history,  which handed Joe Biden the Presidency over Donald Trump, has touched the inner circle of President Iván Duque including Colombian Ambassador to Washington Francisco Santos.

During the final weeks of a campaign in which Trump and Biden were neck-to-neck in the polls, many congressional representatives of the right-wing Centro Democrático party openly backed the incumbent given his unwavering support of former President Álvaro Uribe, as well as the narrative that left-wing politicians and populist movements could turn Colombia into a Castro-Chavista state.

Having reached out to his base in Florida and home to large Latin American populations, Trump clinched the state among the very first on the night of November 3, which seemed to indicate a Republican sweep through the U.S. south. Much of Trump’s success in Florida – with more than 5.6 million votes – can be attributed to exiled Latinos, especially Cubans, Venezuelans and Colombians who fled communist regimes and political violence.

While support for Trump by several high-ranking Colombian politicians was limited to social media during the campaign, Ambassador Santos has been critical of the peace process with FARC signed by his cousin and former President Juan Manuel Santos. On Monday, during a radio interview with La W, the 2016 Nobel Peace Prize recipient claimed that Ambassador Santos spoke with a Pentagon contractor to ask how he “could help Trump.”

According to the former President, the contractor has worked closely with every Colombian administration since the government of Andrés Pastrana. The Ambassador also raised the possibility that President Iván Duque visit Miami during the final weeks of the campaign. “That person told the Ambassador that he was making a big mistake, it would be crazy, (…) it could even be illegal,” added Juan Manuel Santos and confirming also that he shared this information with Antony Blinken, a close campaign advisor to Joe Biden and who served as a Deputy National Security Advisor under President Barack Obama.

In 2014, as peace talks were taking place in Havana, Cuba, between the Colombian Government and FARC negotiators, Vice-President Biden met with President Santos in Cartagena and congratulated him on the Congressional vote to approve the Final Accord. Vice President Biden reiterated “the commitment of the United States to support the implementation of the peace accords, including demobilization and disarmament of FARC combatants, protection of victims’ rights, and application of the transitional justice framework in a transparent manner with the full engagement of civil society.”

During the 2018 Concordia Americas Summit in Bogotá, Biden stressed the importance of bipartisan support in maintaining and broadening Colombia’s peace agreement. Juan Manuel Santos, during his interview on Monday, advised President Iván Duque “to replace the Ambassador to Washington” in order to “rebuild the relationship” with the incoming Biden administration.