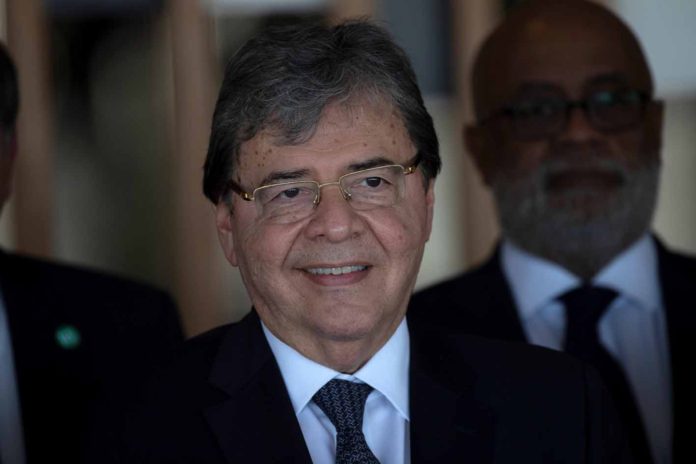 Colombian President Iván Duque has decreed 3 days of national mourning for the death of the country’s Minister of Defense Carlos Holmes Trujillo, and 51,747 COVID victims. Carlos Holmes Trujillo is receiving the highest honor bestowed on a leader whose only office that eluded him for 69-years was the Presidency.

Carlos Holmes was the Vice-Presidential formula of conservative candidate Óscar Iván Zuluaga in the 2014 elections against incumbent Juan Manuel Santos, and previously Ambassador to the European Union during the second term of President Álvaro Uribe Vélez. Carlos Holmes also was posted as the Colombian Ambassador to Sweden, Iceland, Austria, Russia and the Organization of American States (OAS).

Known for a kind and polite demeanor, stoicism and intellectual acuteness, Carlos Holmes was also an educator and peacemaker, having served as High Commissioner for Peace during the government of Ernesto Samper and Minister of Education under César Gaviria – elected after the New Liberal Party candidate Luis Carlos Galán was assassinated by the Medellín cartel.

In 1991, as the country’s new Constitution was being drafted by legislators, Carlos Holmes played a key role in securing the demobilization of the Marxist guerrilla M-19 and their incorporation as a political party. And as the first elected Mayor of Cali (1988-1990), a city close to Cartago, his birthplace, Holmes Trujillo had to walk a tenuous line between preserving peace in the departmental capital while confronting the Rodríguez Orejuela brothers – Miguel and Gilberto – of the Cali Cartel.

The death of Carlos Holmes comes as the country grapples with the second wave of the pandemic surpassing 2 million total cases and 51,747 confirmed deaths. With the declaration of national mourning, Colombian flags will be flown at half-mast in front of all Embassies, Consulates and Government buildings in memory of the statesman.