One night in 1995, I zapped to CNN International to catch the evening news, and saw a long caravan of Toyotas driving towards a dusty city carrying solemn young men with flowing beards and Uzis. The Taliban had just entered the global scene. Its conquest of Afghanistan allowed Al Qaeda to flourish, which led to 9/11 and triggered the ongoing war between Judeo-Christianity and Islam.

The echoes of the Taliban are now resonating loudly once again, right in the middle of the most fragile of Muslim geographies: the Mesopotamia. The Islamic State in Iraq and Syria (ISIS) is not Al Qaeda’s first attempt to plant itself in this geography, but it may be the first successful one.

If ISIS becomes a permanent fixture of the Mesopotamian landscape, its former supporter, Turkey, will suffer the most.

The Islamic State in Iraq and Syria’s attack on Mosul quickly drew in the remnants of the Ba’athist army and the long-suffering Sunni tribes, so that today in Iraq, we should be speaking about a Sunni uprising, rather than a terror event.

The Iraqi Army is ill-equipped to battle the terror-hardened veterans of ISIS or the Sunnis who are fighting to liberate their homeland from the iron grip of Shiite Prime Minister Nouri al-Maliki. The Kurds already grabbed their Jerusalem, Kirkuk, along with its vast reservoir of oil and gas, and will not waste a single drop of blood to liberate Mosul either.

So, for the foreseeable future, ISIS is here to stay, fueling Sunni rage against the Shiite population and Arab anger at Kurds, and serving as the supreme terror-training academy for the rising number of disillusioned Muslims from the Western world.

An accurate report of how ISIS became a major regional actor has yet to be written, but Turkey is largely to blame. Turkey’s ruling Justice and Development Party (A.K.P.) did not create ISIS or orchestrate its rapid spread in Syria and Iraq, but it committed a bigger sin: benign neglect.

State agencies provided health care, training grounds, and a fertile recruitment field in the numerous refugee camps around the Syrian border, over which the United Nations has no supervision. Later, ISIS and its more moderate cousin, Al Nusra Front, were used to punish the Kurds of Rojava, who were declaring autonomy.

The incestuous relationship between Turkey, ISIS, and Al Nusra became so blatant that the Pentagon cut off supplies to Syria’s northern front, fearing they would be routed away from the Free Syrian Army (F.S.A.). It is fair to say that in his haste to depose Assad, Erdoğan actually handed him a victory on a golden platter, as ISIS and Al Nusra turned against the F.S.A.

The A.K.P. steadfastly denies these allegations, but the evidence is irrefutable. It comes from journalists who visited the border towns of Turkey. It comes from Turkey’s Muslim minority Alawites, who are increasingly the subject of hate crimes by jihadists and their Turkish followers. It comes from Rojavan Kurds who accuse Ankara of actually ferrying terrorists through Turkey behind their defensive lines and cutting off humanitarian aid to their besieged towns.

It comes from the opposition parties, members of which carried the topic to the agenda of the Turkish Grand National Assembly only to be booed and jeered by the arrogant A.K.P. majority. I know several Nationalist Movement Party deputies who are willing to take people around Istanbul to identify ISIS front companies and so-called NGOs.

Finally, it comes from the administration itself. Right before the local elections in March, anonymous individuals – presumably operatives of the A.K.P.’s current domestic rival, the Gulen movement – posted audio recordings on YouTube of a meeting between the top security officials of the government. There, the chief spook, Hakan Fidan, bragged that it would be no problem to instruct “our guys across the border” to lob a few rockets in Turkey’s direction, presumably to bolster the A.K.P.’s support in the ballot.

The fact that ISIS took close to 100 Turkish citizens hostage from the consulate in Mosul suggests that, prodded by Western governments, the A.K.P. cut off aid and succor to ISIS. In fact, in response to accusations of aiding and abetting terror, A.K.P. officials claim they have already turned away thousands of would-be jihadists flocking from European countries to enter the fray in Syria.

It is too late for that. Through the fate of its hostages in Mosul, and, more importantly, through thousands of proto-terrorists still being trained in Turkey and the presence of ISIS flags at three border gates, Ankara is stuck with ISIS.

Imagine the best-case scenario for peace and prosperity: If ISIS and Al Nusra are kicked out of Iraq and Syria, where will they go? Back to Turkey. For Turkey, ISIS is evidence that what goes around comes around.

ISIS has already turned its gaze to Turkey, the former seat of the Islamic caliphate. It will not be long before it inspires the already substantial fundamentalist Sunni population in Turkey to attack the Alawites, while Turkey’s Kurds will be yearning to be part of the Greater Kurdistan soon to be formed by Iraqi and Syrian Kurds.

About the author: Atilla Yesilada is one of Turkey’s leading political analysts. Based in Istanbul, Atilla is co-founder of the information platform Istanbul Analytics and is one of GlobalSource’s local partners in Turkey.

This article is part of a syndication agreement between The Mark News (Canada) and The City Paper. 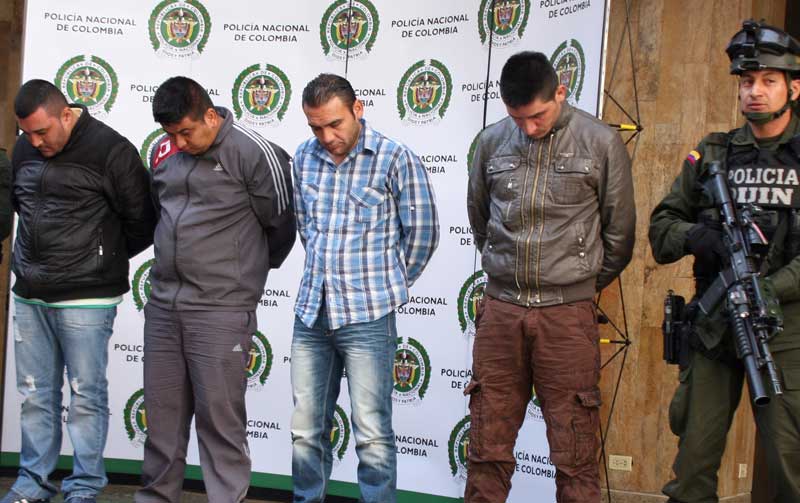