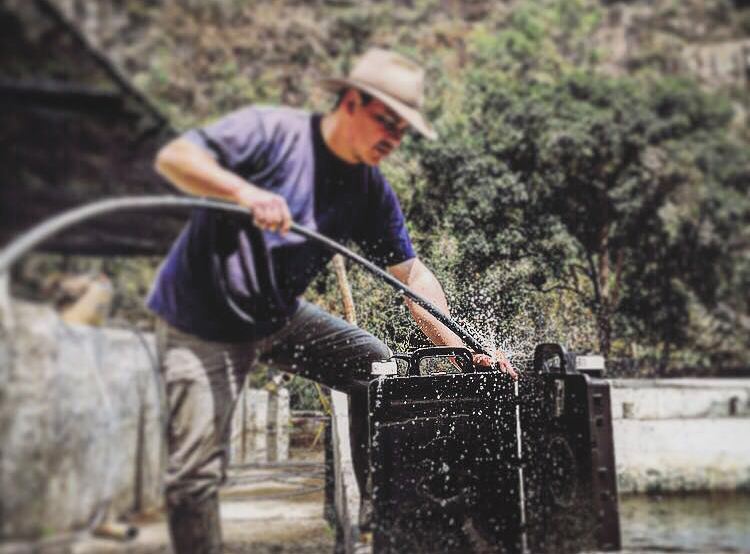 Although water scarcity is nothing new to inhabitants of this dry peninsula, the issue has intensified in recent years into a humanitarian crisis. Entire villages of the Wayúu indigenous community have been decimated by years of drought and the extreme weather of El Niño in early 2016. Rampant political corruption in the department has exacerbated these issues, which have led to children dying of starvation and dehydration in a department rich in natural resources and home to the world’s largest open-pit coal mine, El Cerrejón.

For Vivianne Aggestam, a partner of Connect 2 Colombia, the issue of infant mortality “has not been prioritized in so many nations due to corruption and luck of funding.” The continued crisis and ineffectiveness of charitable efforts in the region has inspired a new approach that uses modern solar technology and the power of global connectivity in the digital age.

Connect 2 Colombia hopes to help tackle this crisis by crowdfunding micro-loans that will supply portable water purifiers to people all over Colombia. The solar technology of these Solvatten water containers capture the abundant energy of the sun to filter, pasteurize, and UV-sterilize 10 liters of water in as little as two hours.

After seeing the success of Solvatten in Africa, Connect 2 Colombia hopes to bring 70 of these units to Colombia. The innovative water purifiers, the founders believe, “could change the lives of thousands of Colombians that do not have access to clean water.”

The initial units will be capable of providing more than 400 people with purified water for seven to 10 years. The initiative is to be funded through the crowdfunding platform Kickstarter and implemented through a micro-loan system that lends seed capital to Colombians to buy the devices. The funds then will be later repaid at cost through the long-term benefits that access to clean water offers.

The purification devices not only offer a chance of save lives vulnerable to climate change and the harsh conditions in La Guajira, but also save on energy costs, free up time for local residents, and allow entrepreneurs to offer new services provided by access to clean water. The Solvatten purifier is not only a humanitarian solution, but a successful business initiative for those interested in doing their part of the environment.