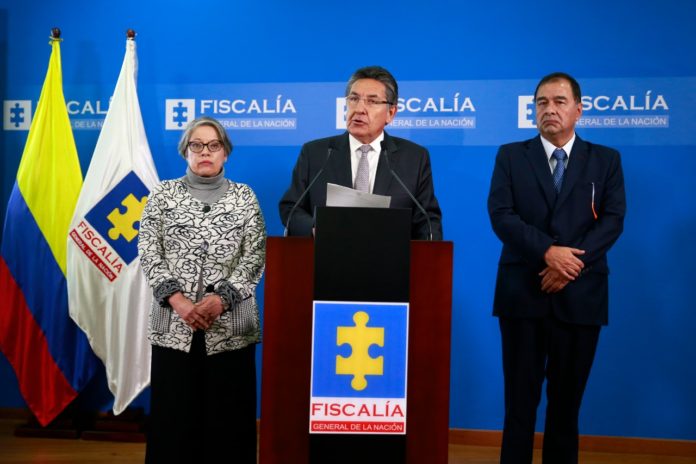 Santrich was arrested April 9, 2018, for allegedly conspiring to ship 10 tonnes of cocaine to the United States in 2017, months after the peace accord between the guerrilla organization Revolutionary Armed Forces of Colombia – FARC, and the Colombian Government was signed.

The blind peace negotiator claimed his arrest was a set-up to deliver U.S President Donald Trump a “trophy” ahead of a scheduled visit to Cartagena. As part of the Final Accord, Santrich was eligible for a seat in Congress with FARC’s newly formed political party. Santrich has spent more than a year under house arrest in Bogotá awaiting the extradition order from New York prosecutors.

According to JEP’s chief justice Patricia Linares Prieto, the decision to annul the extradition order was based on the lack of clarity as to the exact date in which the former FARC commander was wire-tapped by the Drug Enforcement Agency, and the fact that the U.S Justice Department did not present the requested evidence that implicated Santrich in an illegal transaction for which he allegedly received US$10 million.

The contentious decision by an independent court established to prosecute war crimes committed by both FARC guerrilla and members of the Armed Forces has plunged Colombia into a political crisis involving the peace process and immunity given to former combatants. “This challenge to the judicial order will not be endorsed,” remarked Humberto Martínez after handing in his resignation at the Fiscalía General de la Nacion. “My conscience and my devotion to the rule of law prohibit it.”

Martinéz also warned that the ruling by JEP shows how “a state of unlawfulness is consolidating itself […] with a society increasingly exposed to crime.” The Prosecutor General called on Colombians to “mobilize with determination for the restoration of legality, the defense of peace, in a framework of special justice that exudes confidence for all and not for a few – especially, for the victims of the conflict.”

President Iván Duque summoned an emergency session of the cabinet after the protest resignation of the chief lawmaker. Martínez took office in 2016, the same year former President Juan Manuel Santos signed the Final Accord with FARC ending more than a half-century of internal conflict.

For JEP magistrate Jesús Angel Bobadilla, the decision to throw out the extradition request was within the court’s jurisdiction and “most effective way to respect international law and the rights of victims to truth, justice, reparation and non-repetition.” The magistrate went on to claim that U.S authorities violated “the rules of international cooperation and judicial assistance in the collection of evidence in Colombia.”

Left-wing politicians celebrated the court’s ruling claiming Martínez’s departure has more to do with alleged connections to Brazilian construction giant Odebrecht and the bribery scandal for infrastructure contracts than the JEP’s decision. Martínez has denied any involvement with Odebrecht that has implicated high-ranking politicians in South America.

The Controller’s Office will appeal the decision of JEP in order for the evidence involving “Jesús Santrich” be in hands of the Supreme Court given that fact that the alleged crime was committed after the peace process was signed; and JEP had sufficient documentation to proceed with the extradition request.

The U.S Embassy in Colombia has not released a statement.

A state of unlawfulness progressively consolidates itself in Colombia that conspires against the Rule of Law, and exposes society to crime, despite warnings from the General Prosecutor’s Office. In the future, the recurrence of kidnappings and extortion, among other crimes, will be able to coexist with the privileges of transitional justice; from now on, permanent drug trafficking crimes will not be investigated by the ordinary justice and will be judged by the JEP with a system of benefits in place, even though the social collective is under threat as never before by illegal crops and illicit drug trafficking; the investigative faculties of the Prosecutor’s Office with respect to crimes committed during the conflict have been emasculated, and a false door has opened to restrict extradition. All this in the name of peace!!!

If it was not enough, according to media reports – given the Prosecutor’s Office has not been formally informed, today, the Revision Section of the Special Jurisdiction of Peace adopted the decision that defies the evidence presented by the United States and by this Prosecutor’s Office; destroys international judicial cooperation; takes back the obligations contracted by Colombia in international treaties on the subject; openly confronts the Political Constitution (art 19, L.A. No, 1 of 2017), and worse, destroys the wall that was built with the Peace Accord between re-insurgence and drug trafficking, whose promiscuous relationship constitutes a threat to democracy.

This defiance of the judicial order cannot be endorsed by me. My conscience and my devotion to the State of Law impedes me. This is why I have presented my irrevocable resignation as Prosecutor General of the Nation.

I exhort citizens to mobilize with determination to reestablish legality, in defense of peace, within a framework of special justice that exudes for all Colombians and not for a few, and in particular, in favor of all the victims of the conflict.