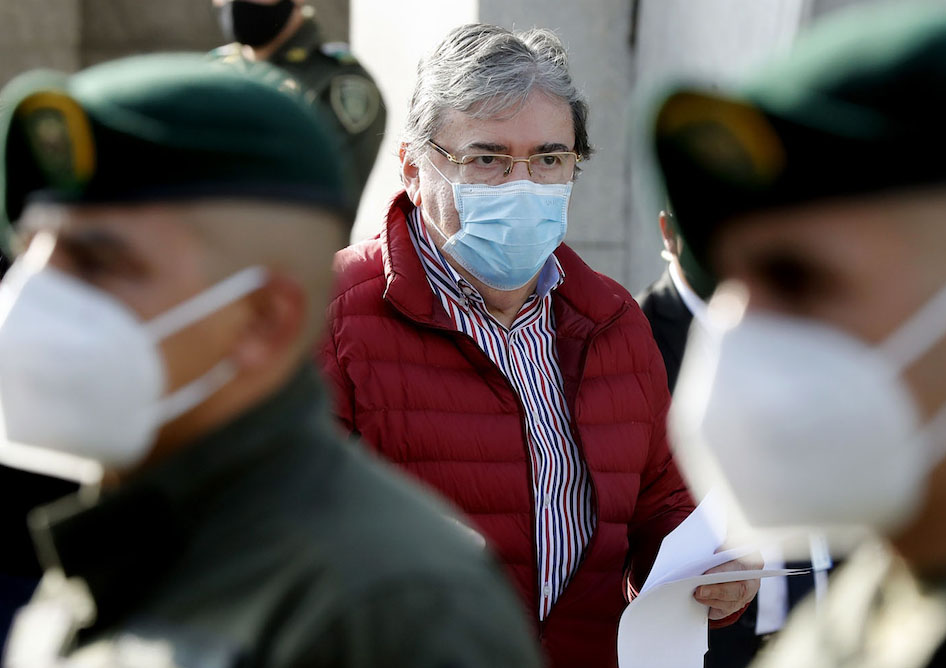 Coronavirus infection has impacted President Iván Duque’s government, the most recent cases involving Vice-President Marta Lucía Ramírez and Foreign Minister Claudia Blum. While members of his cabinet have self-isolated for the mandatory 14-day quarantine reporting minor symptoms of the disease, Defense Minister Carlos Holmes Trujillo was admitted to a Barranquilla hospital on January 12 after feeling unwell during an official trip to the coast.

Holmes Trujillo was transferred two days later to Bogotá’s Military Hospital where, according to an official statement from the Presidency, he “remains in good health.” During the weekend, however, the clinical condition of the 69-year diplomat and close political ally of President Duque worsened to the extent that on Monday the Presidency confirmed that the Minister is receiving “permanent medical attention in the critical care area, due to acute respiratory infection and viral pneumonia.” General Luis Fernando Navarro, Commander of the Armed Forces has assumed the role of interim Minister of Defense while Holmes Trujillo continues to receive treatment.

Holmes Trujillo served as Foreign Minister during the first year of Duque’s administration and is considered a strong presidential contender for the 2022 national elections.

On Monday, Colombia surpassed 1.9 million cases of coronavirus, including the day’s 14,719 cases. Bogotá, with nine localities under strict quarantine, registered 3,897. The virus also claimed an additional 373 victims putting the death toll at 49,004.