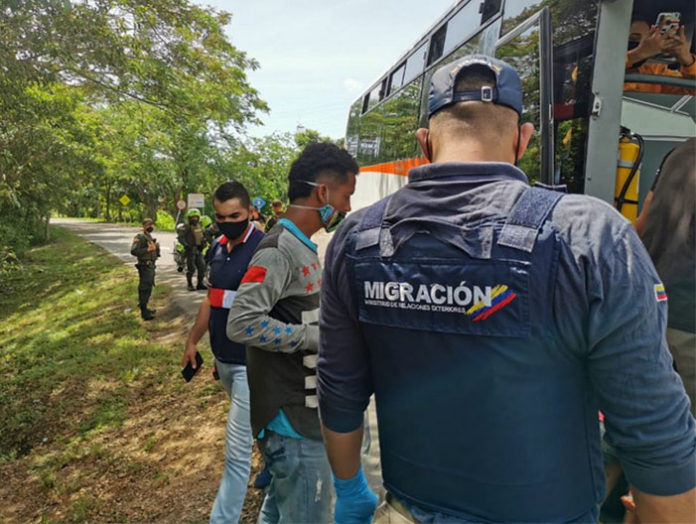 The “new reality” Bogotá embarked upon with the complete lifting of restrictions on August 16, has returned to the capital a sense of normality with the reactivation of every economic sector. While the prospect that a “second wave” of coronavirus infections can be expected as 7 million residents return to work and interact with others on the street and within the public transportation system, the Colombian capital continues to register an average of 1,500 cases of coronavirus every day, yet significantly lower than the daily tally in June and July.

With a total of 270,515 cases since the outbreak on March 6, and a higher number than many countries on the Johns Hopkins COVID-19 monitor, the coronavirus narrative has been replaced by headlines of former right-wing President Álvaro Uribe’s continuing house arrest, the death of Juliana Giraldo, a 38-year old transgender woman at a military checkpoint in Miranda, Cauca, and midfielder James Rodríguez’s stellar debut at Everton.

On Thursday, Colombia added 5,660 new cases to raise the national total to 829,679, yet, the country’s active cases have declined steadily, since crossing the threshold of the peak in late July, to stand at 55,640. Even though Colombia ranks in fifth among the world’s nations in terms of infections, second in South America – surpassed only by Brazil with 4.8 million – recent outbreaks in Italy, Spain, Belgium, Netherlands, Poland and France could reduce the margins in the top 10 ranking.

In a move to contain the spread of the virus within the territory, President Iván Duque extended the closure of all overland and maritime borders until November 1, exempting foreign nationals from leaving the country. The closure has been in effect since March 23 with the declaration of the National Health Emergency. Colombia shares a land border with five nations (Venezuela, Brazil, Peru, Ecuador and Panama), and six others by sea (Nicaragua, Costa Rica, Haití, Honduras, Jamaica and the Dominican Republic). “The closure looks to save lives, protect individuals,” stated Fransisco Espinosa, director of the country’s migration authority Migración Colombia. “To think about the possible reopening of the border is to take on a number of challenges. We are facing the possibility of starting to build the borders that we all want, orderly and secure, and which will result in the tranquility of the region,” he added. Espinosa also confirmed that since international flights resumed on September 19, 15,000 foreigners have entered the country.