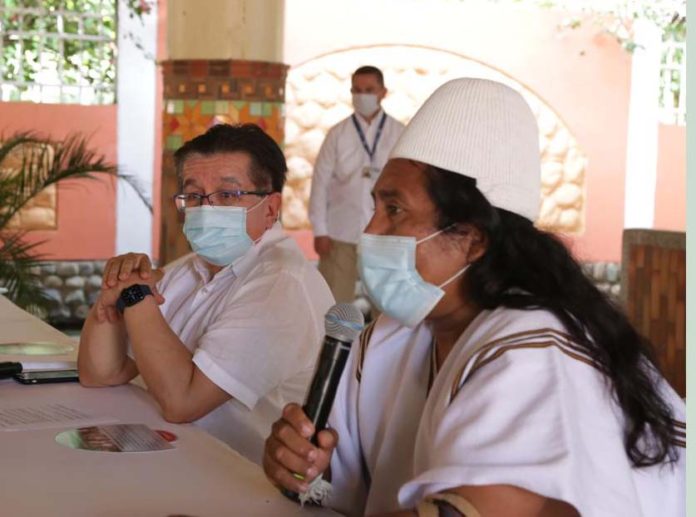 Coronavirus variants, fourth wave surges, anti-vaccine demonstrations and fears of renewed lockdowns are once again dominating headlines during a summer in which many attempted a return to normal by traveling overseas or visiting relatives separated by closed borders. Many Colombians, anticipating delays with the vaccine roll-out, and with the financial means to get vaccinated in a foreign country that offered their vaccine of choice, did so, thereby freeing up much needed doses that were assigned to other segments of the population.

As governments face the near impossible task of getting anti-vaxxers to get jabbed, in Colombia, the vaccination campaign has reached 33.4 million citizens, 14.2 million having completing the double dose cycle. With 19.1 million awaiting a second dose, and 2.7 having been administered the single Janssen COVID-19 shot, the rising numbers mark a significant step toward reaching 2021 vaccine goals projected by the Ministry of Health.

In comparison with other countries in the Americas, vaccinated Colombians represent 27% of the population and surpassed only in South America by Uruguay (71%), Chile (69%) and Ecuador (38%).

Since the launch of the National Vaccination Plan back in February, the government has also given priority to at-risk-populations, and ethnic communities that were among the first to be impacted by high infection and mortality rates. On Monday, the Ministry confirmed that the departments with the highest coverage in vaccine immunity among indigenous peoples are in Amazonas, La Guajira, Córdoba, Nariño, Atlántico, Valle del Cauca and Tolima.

According to the most recent data released by the Ministry of Health, almost half a million (448,888) members of indigenous groups have received a COVID-19 vaccine, among them 300,690 of Black and Afro-Colombian communities, 2,908 Palenqueros, 30,952 Raizales from the coast and Caribbean island, as well as 2,846 Romani. “This is a great advance of inclusion with an ethnic differential approach in the National Vaccination Plan […] by recognizing the territorial and population characteristics, as well as customs and traditions to guarantee the right to health and vaccination,” stated the Ministry’s Alejandro Cepeda.

“The right to health is as inalienable as the right for all of us to construct peace,” stated Wayúu leader Zarwawiko Torres during an assembly this weekend hosted by the Arhuaco, Wiwa and Kankuamo peoples of the Sierra Nevada de Santa Marta.

Minister Ruíz highlighted that as long as sanitary and clean water infrastructure is lacking, viruses such as AH1N1 and COVID-19 will continue to spread. “The earth is speaking to us, telling us that we have to take care of nature in a different way,” stated Ruíz. “We need work together, share a worldview as to problems we are causing, and the effects that now we must all face,” he warned. Zarwawiko Torres called on all indigenous peoples to get vaccinated given the region’s track record with the mosquito-borne Chikungunya and Zika viruses.


President Iván Duque has authorized 100,000 doses as third shot boosters for persons who are immunocompromised.

On Monday, Colombia registered a third consecutive day with less than 3,000 new coronavirus cases – 2,698 to be precise – and among the lowest per day  increases in six months. The dramatic deceleration in per day cases also lowered Active Cases to 31,657, putting the new total of those who have recovered from the disease at 4,721,170. The death toll during 18 months of the pandemic stands at 124,315.

Santos: new peace accord could be implemented by Congress