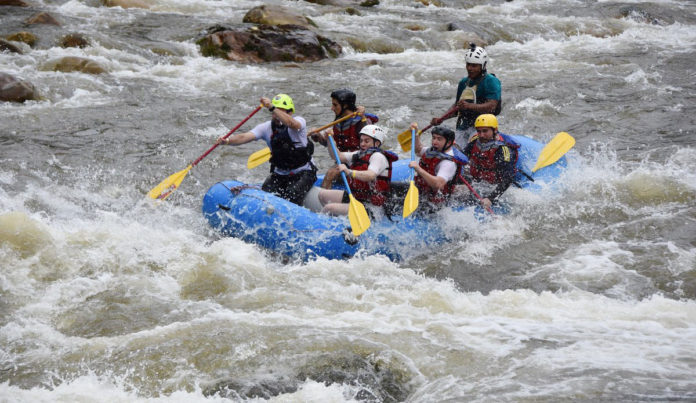 The Agencía para la Reincorporación y Normalización (ARN) in conjunction with the Cámara de Comercio de Casanare (CCC), will implement a rehabilitation program for ex-FARC combatants that will enable them to work in tourism in Colombia.

ARN has been working to reintegrate ex-combatants into Colombian society since the 2016 Final Accord that ended more than a half-century of conflict with FARC. Training the ex-combatants in basic professional competencies and life skills is integral for the success of the program, said Andrés Stapper, director of the ARN. “Without this kind of base, initiatives such as these tend to fall apart over time,” said Stapper.

The ARN rehabilitation model, Entorno de Formacion Productiva, develops activities based on the philosophy “Learn by doing.” The objective of the program is to provide a source of long-term community involvement for ex-guerrillas. Stapper added that currently there are 15 initiatives in place to find tourism-related positions for over 350 ex-guerrillas. “We are developing the professional competencies of those in the process of reincorporation so that they may contribute to job creation,” said Stapper.

The ex-combatants selected for rehabilitation arrived in Yopal (Casa- nare) from the provinces of Anorí and Dabeiba (Antioquia), Fonseca (Guajira), Villanueva, Tauramena, Sácama and Yopal (Casanare), Mesetas (Meta), Planadas and Icononzo (Tolima), San José del Guaviare, Valledupar and Neiva. The tourism reintegration program, which is run by the Escuela de Formacion Empresarial, is located on a ranch in Yopal and will last for three months. This program will be one of six processes sponsored by the ARN that will be developed this year.

The ARN has said that there are currently 12 different rehabilitation program sites, containing more than 650 FARC ex-combatants. One more will be constructed in Cajibío (Cauca) and will house 40 ex-combatants.

Given that many youngsters who formed part of FARC’s rank-and-file are familiar with the topography and natural landmarks of territories once under their group’s control, ecotourism is an obvious draw. With some 5,000 former fighters currently residing in 24 demobilization zones across the country, the Colombian government has destined US$2 million for the creation of small businesses that run the gamut of commercial activity: from organic orchards to communal bakeries, bird-watching expeditions, jungle trekking and river rafting.

One group of former FARC combatants recently gained international recognition in June when they represented Colombia at the World Rafting Championship in Australia, and were rewarded by the International Rafting Federation (IRF) for their active participation in the peace process. The eight-member team Remando por la Paz (Rowing for Peace) is based in the Miravalle Territorial Area for Training and Reincorporation in southern Caquetá. Established a year after the Final Accord went into effect, “Cagúan Expeditions” launched with one blue raft, paddles and lifevests to open up tourism on the waters of El Pato. For rafter Edison Gaviria, who joined FARC as a youngster, the chance of participating in the World Championship proved that “changing the face of Colombia is possible.”

Colombia ranked 14 out of the 30 international teams invited to Australia’s Gold Coast. Carlos Ruiz-Massieu, head of the United Nations mission in Colombia, remarked with the international certification of all eight rafters (five of whom are former-FARC), that the example shown by Remando por la Paz “is the best-known case of civilian reincorporation worldwide.”