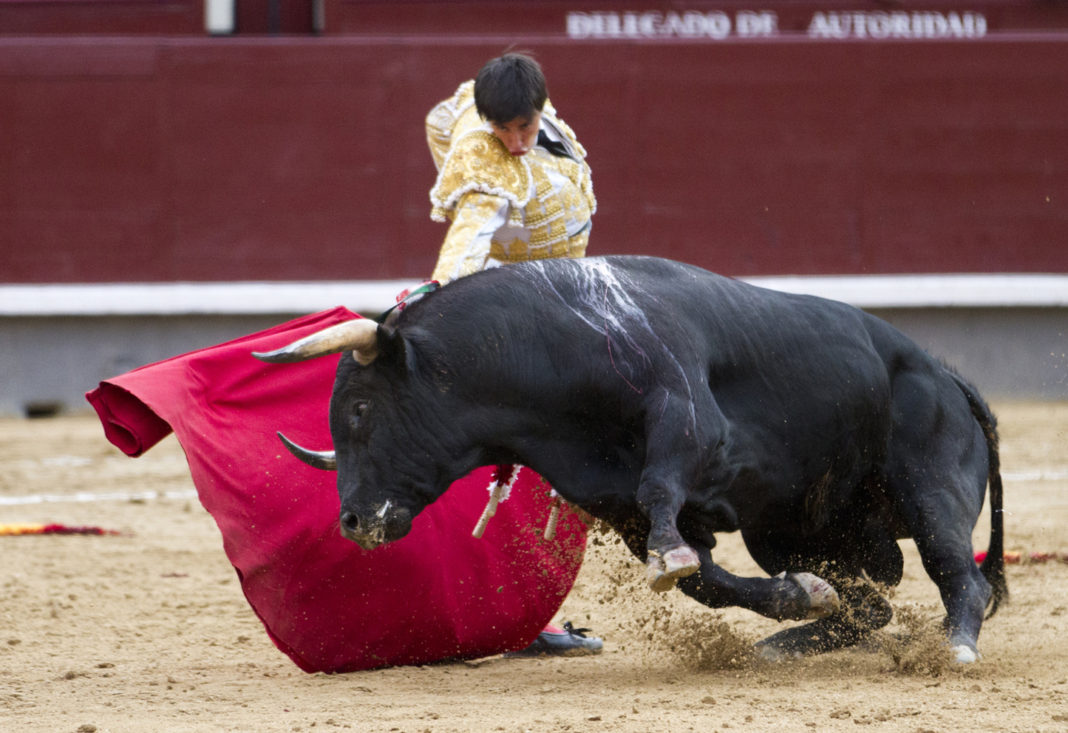 In a landmark decision, many Colombians would consider endorses animal cruelty, Colombia’s Constitutional Court ruled in favor of bullfighting in cities and regions where this centuries-old tradition has “cultural roots,” and organizers of the fiesta brava, who faced potential criminal charges as of February 2019, are free to resume the spectacle.

The Constitutional Court has been doing its own “Olé” with Congress ever since the house passed the Animal Rights Law (Ley 1774) in 2016, in which the governing article states that “no animal can be subjected to conditions of fear, stress, discomfort, and pain.”

But, these conditions don’t apply to bulls and calves, believe the magistrates.

A ruling (C-041) by the same high court in 2017, had excluded las corridas (running with bulls), other forms of bullfighting (rejoneo, novilladas and corralejas), as well as cock fighting, as violent practices toward animals, and with possible prison terms between 12 to 36 months for those who exercised and promoted these blood sports.

Having over-turned their previous ruling, the Animal Rights Law still remains unchanged, but effectively halts the capacity of Congress to present resolutions, in which, according to the court, bullfighting cannot be outlawed across Colombia and must be “respected in towns where there is a tradition.”

While anti-animal cruelty campaigners managed in 2012 to suspend bullfighting in the Plaza de Toros de Santamaría in Bogotá, during the administration of Gustavo Petro, this decision pitched the governing entity of bullfighting in the capital, Corporación Taurina, against the mayor and resulted in a legal dispute that reached Congress and the country’s Constitutional Court. According to the former mayor, the decision was based on the Corporation not “eliminating the death of the bull,” and therefore the famous ring should be used for cultural and educational activities. Dozens of matadors went a hunger strike demanding their constitutional right to work and for the district to rescind its ban.

Four-years after leftist mayor Petro suspended this blood sport in the Plaza, in 2017 the fiesta brava returned to the capital amidst violent protests. But the future of the six-week long event that begins every January, remained in the court until Wednesday’s verdict. Current Bogotá mayor Enrique Peñalosa has repeated his anti-bullfighting stance, but must accept the latest decision of the highest court.

And last month, during a visit to Madrid before his inauguration, President Iván Duque said that he would favor bullfighting in Colombia if it were free of “blood and barbarism.” In this way, the practice could be preserved, but without a spectacle a majority of Colombians do not like, and a tradition handed-down from Spain, that he personally, does not attend.