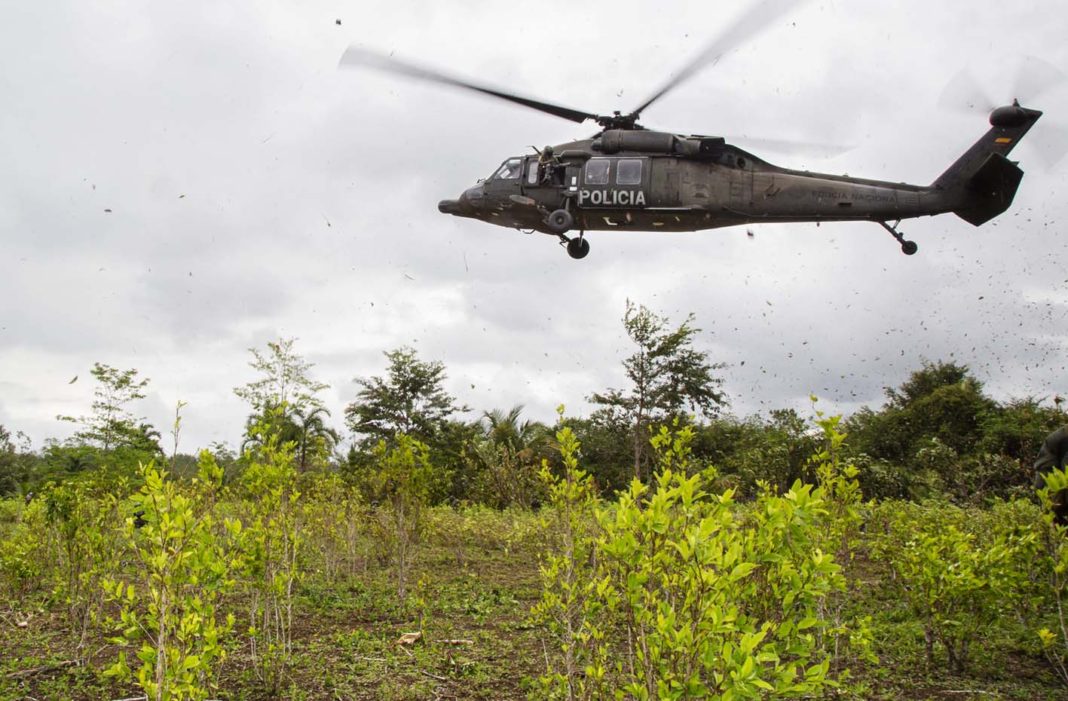 For a third year in a row Colombia has witnessed a 7% reduction in areas where coca is grown and harvested. According to the most recent report by the United Nations Office on Drugs and Crime (UNODC) and Integrated System for the Monitoring of Illicit Crops (SIMCI), the number of hectares planted with the illicit crop dropped from 154,000 hectares in 2019 to 143,000 in 2020.

The encouraging decline in cultivable areas contrasts, however, with an increase in cocaine being processed by criminal organizations per hectare. The report also highlights that in 20 departments affected by coca cultivation, only four – Antioquia, Córdoba, Bolívar and Chocó – had a significant increase last year. These four departments in the north of the country now account for 24% of all the coca grown and represent 1,228 tons of pure hydrochloride. The departments where coca production have steadily declined are Nariño, Putumayo and Caquetá in the south, and Meta, Vichada and Guainía in the Amazon and Orinoco Basins.

The UN also estimates that coca leaf production nears one million metric tons (mt), and the annual yield of coca leaf per hectare is 6.4 mt. In this regard, four factors contribute to cocaine production: the first, is the area planted with coca; second, is the amount of alkaloid that is produced in each hectare; third, the ability to extract alkaloid from the leaf to convert it into cocaine paste or base, and fourth, the ability to transform the base/paste into pure hydrochloride.

The report also focuses on the impact of coca growing in so-called “special management areas,” that include indigenous reservations, Afro-Colombian territories and National Natural Parks (PNN). The national park most affected by an increase in cultivation is PNN Catatumbo-Bari given its extensive mountain range and canyons that act as a “geostrategic area for drugs trafficking” with neighboring Venezuela.