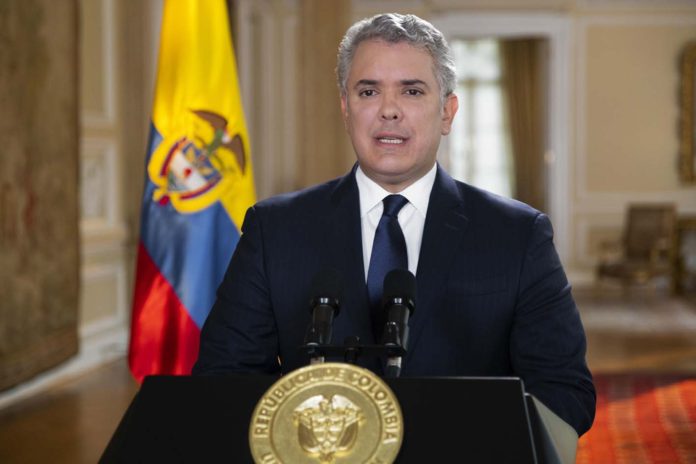 While Colombians received the news that one of their most admired or despised political leaders – Álvaro Uribe Vélez – was placed under preventive house arrest by order of the Supreme Court, new cases of coronavirus on Tuesday were among the lowest in two weeks, with 7,129 infected after almost 40,000 PCR tests were processed. After days in which coronavirus cases surpassed 10,000 and the death toll ranged close to 300, on Wednesday, the spike returned with 10,735 additional cases and 309 deaths raising national totals to 345,714 and 11,624 respectively.

After five months since the outbreak of the pandemic in the country, Uribe’s detention replaced coronavirus headlines, at a moment, in which the country is reaching the peak of infection – confirmed COVID-19 Emergency manager Luis Guillermo Plata. “A positive aspect is that the number of recoveries since July 24 has exceeded active cases,” remarked Plata, adding “it is ‘normal’ for there to be an increasing trend in cases and deaths until the peak of the epidemiological curve has been exceeded.”

The Ministry of Health puts the official number of recovered patients at 186,317 – or 55% of all reported cases since the outbreak on March 6.

While crossing the peak of the pandemic could last weeks – on Thursday – five Bogotá localities end strict quarantine and day in which the capital city marks 482 years of its founding. As part of the commemoration, Mayor Claudia López presided over an inter-religious service, attended by representatives of the Christian, Jewish, Muslim and Buddhist faiths.

The outdoor ceremony at Parque Simón Bolívar also paid tribute to more than 3,000 lives lost to coronavirus in the city. “Every person who we have lost this year hurts us and today we extend a solidary embrace to their families,” remarked López. The Mayor also confirmed that as a result of strict quarantines based on rotating the city’s 11 localities in three groups, ICU occupancy has leveled-off at 89%, down several percentage points from mid-July when the scheme of lockdowns was introduced. Strict quarantine for the last group ends August 14.

As President Duque addressed the nation regarding the detention order of his closest political ally and two-term President Álvaro Uribe Vélez, a poll released by the National Consulting Center (CNC), puts the approval rating of the current leader at 61% and highest since he was sworn into office August 7, 2018.

Having reached halfway in a four-year term, President Duque heralded the accomplishments of Uribe Vélez, stating: “During his two governments, Colombia regained security, was in the eye of investment and progress was made in social justice. With a sense of legality, he [Uribe Vélez] faced drug trafficking, terrorism and totalitarian regimes across Latin America.”

Regretting that the highest court could deprive freedom to an acting Senator “who has never shied away from facing justice,” President Duque questioned why the very same magistrates allowed the demobilized FARC guerrilla Seuxis Hernández Olarte – known by his wartime alias “Jesús Santrich” – to be released from a maximum-security prison, before fleeing justice. Santrich joined a FARC dissident group along with another high-ranking former FARC peace negotiator, alias Iván Márquez.

The CNC poll also reveals that 60% of Colombians are pessimistic of the future and believe “the country is worse off than two years ago.” This sentiment comes as the Ministry of Health registered a record 11,996 additional cases of COVID-19 on Thursday after processing a record 40,063 PCR in 110 authorized labs. The country also witnessed 315 additional deaths. Bogotá also saw the broke a record in new infections with 6,068.