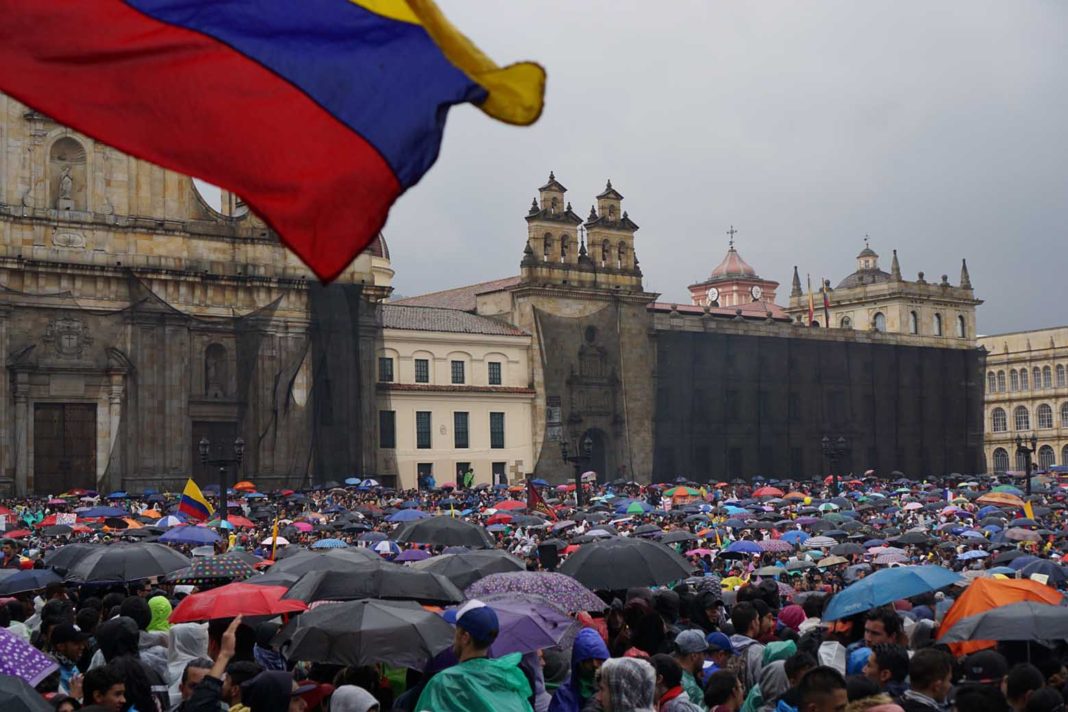 The leaders of Colombia’s three largest unions and members of the organizing committee of the national strike called for peaceful protests across the nation as the Paro Nacional enters its sixth day. With Bogotá at the epicenter of the Paro, President Iván Duque met with the National Strike Committee Tuesday morning in the Presidential Palace to address a host of issues; among them respect for the peace accords signed with FARC in 2016, withdrawing from Congress tax and pension reform legislation, corruption and economic inequality.

The “National Dialogue” was called by President Duque to find resolution and compromise to a strike that during five days has resulted in more 500 injured, among them 350 members of the country’s police force. The protests also claimed the life of an 18-year old student, Dilan Cruz, who died in a Bogotá hospital after being shot by a member of the police riot squad – Esmad.

With memorial ceremonies taking place outside the San Ignacio Hospital where Cruz died on Monday, and marchers taking to the streets of the capital, the Committee, announced that the 24-hour strike on Wednesday would proceed, and called on “all sectors of society” to do so in peace. Despite not making progress on 13 points that could lift the strike, among them “demands for a permanent negotiation with Duque” and abolishing Esmad, “we will continue looking at what actions we can take,” remarked Diógenes Orjuela of the Central Union of Workers (CUT). The strike committee includes representatives of student groups, environmentalists, the union of state educators Fecode, and indigenous movements. After a two hour closed working session at Casa de Nariño, the committee also rejected that representatives of the business community be present at the talks.

With dozens of TransMilenio bus stations still out of service after they were trashed by vandals during heavy rioting on Thursday and Friday, Bogotanos can expect another wave of mobility disruptions to the city’s mass transportation system on Wednesday. In the wake of last Friday’s curfew, 4,000 members of the Colombian Army are still in the capital to prevent outbreaks of looting and rioting.

In an emotive video message, Denis Cruz, sister of the slain student Dilan, called on Colombians to march Wednesday in peace. “The best tribute for my brother is an end to the disturbances and violence,” she said.