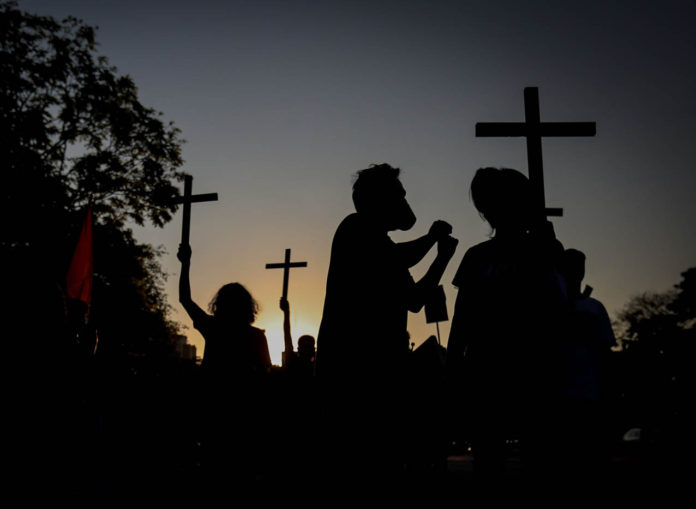 When the World Health Organization (WHO) officially declared coronavirus a pandemic on March 11, the world’s financial markets went into free fall, oil became worthless and investors dumped cash for gold. The Colombian peso, like its regional counterparts, was already retreating to the U.S dollar, devalued at $3,500 by December 2019 with analysts forecasting a leveling-off in the first quarter as global oil prices topped US$60 per barrel.

On March 4, as the U.S woke up to the news that Joe Biden had clinched the Democratic presidential primary campaign on Super Tuesday, ending a two-month contested race with Bernie Sanders, the world still had one week to go before the WHO would make its historic announcement. Yet, Wall Street was already gripped by fear that the virus could have a devasting impact on the global economy given that COVID-19 deaths outside of China had surpassed those inside China for the first time. Chile and Argentina had already recorded their first coronavirus cases. And despite a half percentage point cut to interest rates by the Federal Reserve, the Dow Jones entered free fall, dropping 800 points. The Colombian peso, on this day, began a downward trend and which – over the course of two weeks – would set a new record against the U.S dollar to trade above COP$4,100.

By the time the Colombian peso broke through the COP$4,000 benchmark, the pandemic had reached the country with less than 200 confirmed cases. While the impact of the pandemic had yet to fully impact the state of the nation’s economic health, by March 24, the currency began to recover, making its way back through peaks and troughs to close on August 12 at $3,750. Having lost the equivalent of 250 pesos to the dollar in almost five months, Colombia’s currency has fared well given collapsing demand for commodities, supply chain disruptions with extended quarantines and exorbitant expenditure to provide relief to furloughed or unemployed populations.

Given an uncertain timeline as to when the pandemic will wane in the country and a widely available vaccine, economists predict that the country’s GDP will contract by 6.9% in 2020 and marked deterioration from earlier predictions of 4.5%. And even though the GDP is expected to bounce back in 2021 to 4.9% according to Fitch Ratings, government debt has increased an additional 14 percentage points from 45% at the end of 2019.

While the business community has stated that the pandemic will result in an “important recession” for the country based on the worst second-quarter results in recent history, strong exports of natural resources will relieve government debt once global trade and commerce fully reactivate.

Having reached the inauspicious distinction of being ranked as the Latin American nation with the fourth-highest number of coronavirus, surpassed only by Brazil with 3.1 million cases, Mexico (492,522) and Peru (489,680) Colombia on Wednesday added 12,066 cases to its tally, putting the new total at 422,519. Yet, according to Bloomberg, despite high recovery numbers among infected patients – 9,359 on Wednesday – the country’s fatality numbers per-capita “are the worst in the world, with 43.1 deaths for every million people.” The report combines data from Johns Hopkins University with Bloomberg calculations. On Wednesday, the death toll stood at 13,837 including one of the highest days with 364 victims.

As the country crosses the peak of the pandemic, which experts estimate extends through August, Bogotá remains at the epicenter of the outbreak, with 146,109 cases. During the last week, the Colombian capital has seen a sharp increase in infections – 4,115 on Wednesday alone – and confirming the timeline of epidemiologists. As world attention focuses on the country as a worrisome hotspot of coronavirus, the Central Bank – Banco de la República – has at least safeguarded the peso from the economic debacle…for now.