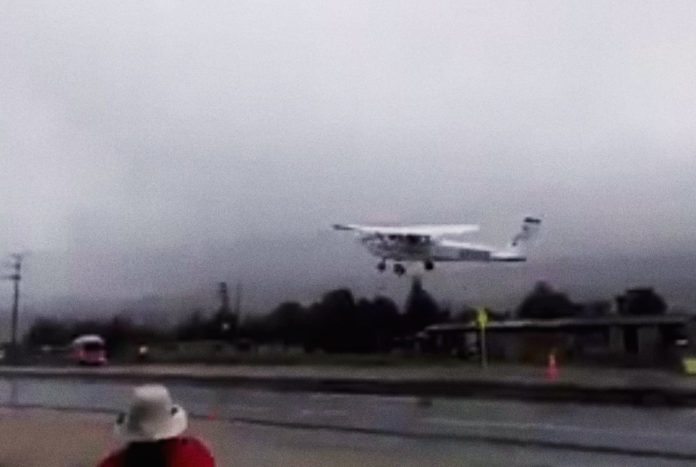 The pilot of a singe-prop Cessna who managed to miraculously land on the busy Bogotá to Tunja highway during a heavy storm Saturday, has had his commercial pilot’s license suspended.

According to the Colombian Civil Aeronautics, the pilot had been notified mid-flight, that weather conditions were deteriorating rapidly and that he should return to the municipal airport Guaymaral, 20 kilometers north of Bogotá.

Colonel Francisco Sánchez, director of Aeonautica Civil, confirmed Sunday that the pilot was a flight instructor from the Aeroandes aviation school and had enough fuel to return to Guaymaral before the airport could be closed due to inclement weather.

The emergency landing was widely publicized on social media by drivers traveling along the Bogotá to Tunja highway near the town of Chocontá.

Colonel Sánchez said the pilot of the Cessna 172, registered as HK5101G, was accompanied by one of his students, when they lost visibility 70 kilometers north of Bogotá and needed to touch down. The pilot managed to coordinate with air traffic authorities, the Colombian Air Force and Transit Police, the closure of three kilometers of highway during a busy travel day in Colombia when millions of vehicles were returning to the Bogotá to avoid Easter Sunday traffic.

Both the pilot and student were unharmed during the emergency landing.