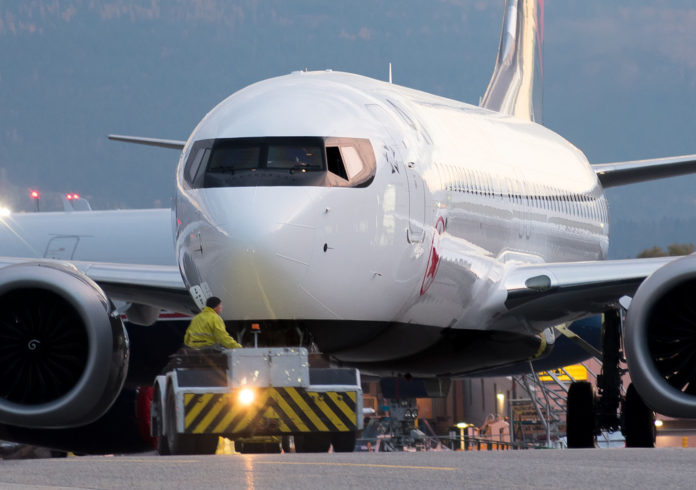 Passengers departing from all Colombian airports have been spared from delays and rebookings with the aviation crisis caused by the grounding of the entire Boeing 737 Max 8 fleet.

The decision by U.S and Canadian aviation authorities on Wednesday, as well as dozens of other countries, to indefinitely park this narrow-bodied aircraft was seen as a necessary move to protect the air traveling public, at a time in aviation history when air travel has never been safer.

Two plane crashes in five months involving the Boeing 737 Max 8 – one operated by Ethiopian Airlines and the other by Lion Air – which in total claimed the lives of 346 passengers, and in a similar flight pattern, forced Colombia’s Civil Aviation Authority – Aeronáutica Civil – to announce that it would accept the recommendations of the Unites States FAA (Federal Aviation Administration), indicating that even though there was “no reason to ground aircraft flying to the country,” it would ban the model in its airspace. Only two foreign carriers, Copa Panama and Aeromexico, were using the Boeing 737 Max on their Bogotá routes, from Panama City and Mexico City, respectively, and both companies voluntarily grounded the newest addition to their fleets.

With the Boeing 737 Max 8 out of circulation until the world’s largest aircraft manufacturer identifies what caused two of their planes to nosedive shortly after take-off, no Colombian airline purchased this medium-range jet, with Boeing the choice for long-haul with the Boeing 787 “Dreamliner” used by Avianca on its London, Barcelona, Madrid, Munich and Los Angeles routes.

Colombia’s flagship uses the wide-bodied Airbus A-330 on its New York JFK route, with an afternoon flight operated with a much smaller Airbus A-319.

The majority of Avianca’s domestic flights are served by Airbus with the A-319 and A-320. On very short-haul routes and with low passenger load factor, the airline flies the French-Italian built ATR42 and ATR72.

Chile’s Latam, operated locally as LATAM Airlines Colombia, also uses Airbus on all its domestic routes, as well as flights to Miami, Quito, and Lima. Latam flies long-haul (to its home base in Santiago) with a Boeing 767-300.

Satena, the regional airline owned by the Colombian Air Force uses the dart-like Brazilian-made Embraer 170 and 145 on popular tourism routes such as Leticia, Buenaventura and Ipiales. A Harbin Y-12 and the ATR 42 service more isolated destinations, many in the Orinoco and Amazon, that have short runways and limited airport infrastructure.

In terms of international carriers, Lufthansa operates the longest aircraft on its daily Frankfurt-Bogotá route: the Airbus A340-600. Spanish carrier Iberia uses the same plane, but a less-extended version (Airbus A340-300) with 242 standard Economy seats, 21 in Premium Economy, and 29 flatbeds in Business.  Royal Dutch KLM on the Amsterdam route, as well as Air France to Paris also operate Boeing 787 Dreamliners. Turkish Airlines covers Istanbul-Bogotá-Panama with the spacious long-haul Boeing 777. The only player on the Bogotá – Toronto route is Air Canada with its no-frills Rouge brand and flown with a Boeing 767 – 300.

Of the many U.S carriers flying to Colombia, the aircraft portfolio is mixed with Delta flying to Atlanta Hartsfield with the Boeing 757, United to Houston also with a Boeing 757, and JetBlue to Fort Lauderdale with an Airbus A-320. United’s daily flight to Newark is operated by a Boeing 737-700, and plane that despite its similar numbering system, uses very different technology from the Next Generation Max.

Among the North American carriers with the most numbers of Boeing 737 Max 8 in their fleets are Southwest Airlines, American Airlines and Air Canada. The grounding of the aircraft in South America impacts Brazil’s GOL (7 aircraft) and Aerolineas Argentinas (5 aircraft) leaving 4,600 seats to be filled in other medium-range planes.

As far as it comes to Colombian airspace, you can take heed of the captain’s announcement and sit back, and enjoy your flight.