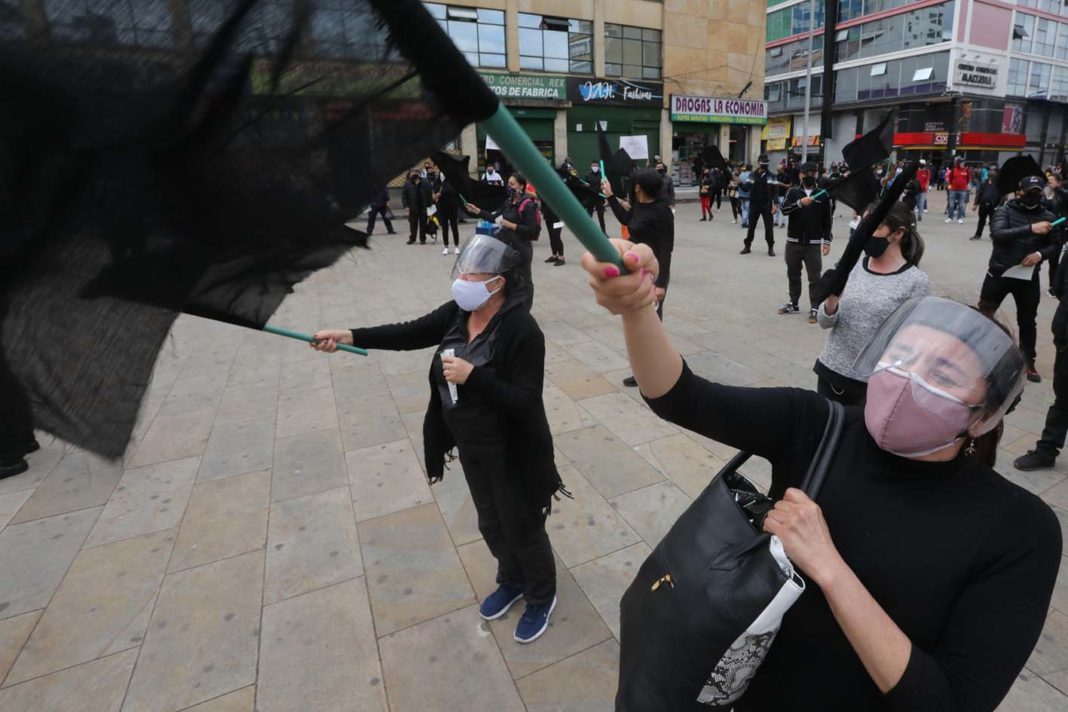 Colombia’s GDP nosedived to an historic low between April and June, losing negative 15.7%. The period coincides with the strictest part of the nationwide lockdown that began on March 25 as the country faced the outbreak of the coronavirus pandemic. The figures released by the country’s statistic agency DANE, looked at key sectors of the economy that were forced to close with the Presidential decree, among them, retail, commerce, manufacturing, construction, real estate, transportation, food services and vehicle maintenance.

According to DANE, the Colombian economy during the first quarter (January – March) shrank 7,4% and figure almost as low as negative 8,6% registered in 1929 in the Great Depression. The sector that marked the sharpest decline in revenue (-37,1%) was entertainment, recreation and artistic/cultural services.

While bleak economic data was expected given disrupted supply chains and strict quarantines in most countries in the early stage of the pandemic, compared to  European counterparts, Colombia’s decline during the same months was less than the U.K (-20%), France (-19%), Spain (-18.5%), Portugal (-16.1%).

Colombia’s Central Bank – Banco de la República – forecasts GDP for 2020 at -8,5%, while the Organization for Economic Co-operation and Development – OECD – is slightly more optimistic with -6,1%.

As the Colombian capital continues with lockdowns, almost continuously since March 20 when Mayor Claudia López announced a quarantine drill, the downturn also has impacted Bogotá’s economy, with consumer confidence in April plunging to minus 42,5%. The ICC index managed to gain 9,3 percentage points in May. Bogotá has remained at the epicenter of the pandemic since the first case of COVID-19 was registered by health authorities on March 6, and which resulted, two weeks later, in the closure of the country’s main gateway – El Dorado airport.

An integral part of the gradual reopening of Colombia from September 1, El Dorado will serve as the hub of three routes to regions of Colombia where the coronavirus infections have remained low or have fallen significantly, the destinations are San Andrés, Leticia and Cartagena. The decision by the Mayoralty to plan the reopening of one of the busiest airports in Latin America with just three domestic flights has raised concerns among civilian air transportation authorities that the routes are hardly sufficient to cover operational costs after fleets have been grounded for almost five months. Several global carriers have announced a return to Colombia in October with trimmed-down itineraries.

As cases continued to increase across the country – on Sunday – the number of recovered patients surpassed for the first time new infections – 13,016 compared to 11,643. The number of daily fatalities also lowered to 287 after weeks in which the country has been registering deaths above the 300 range. While active cases stand at 158,778, on Monday, Colombia added 8,328 new cases and lowest number not seen since the end of July. Deaths also declined with 275 victims, putting the death at 15,372. The number of recovered continued to increase significantly, with 14,089 in the last 24 hours, and almost double of the day’s additional cases.