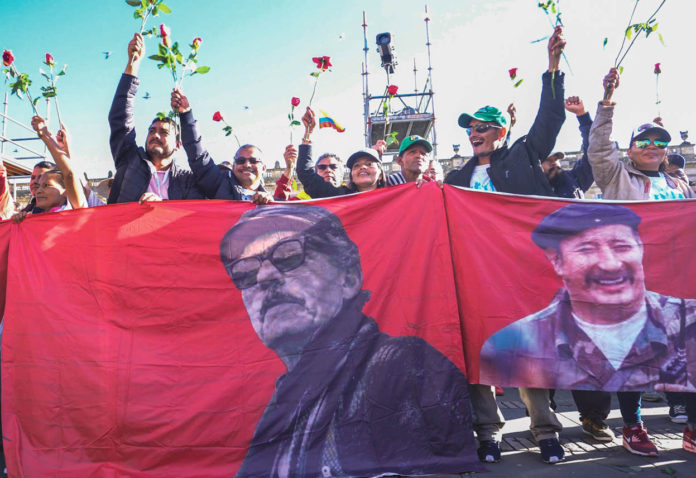 Colombia’s Central bank has been slashing the prime lending rate for most of the year to ease macro economic pressures when a GDP growth estimate of 1.3% appears too optimistic.

The decision by the seven member board August 31 to reduce the rate another 25 basis points to 5.25%, and what is likely a final rate cut of the year, does not mean the country’s retail banks will transfer these cuts to their clients. In fact, to ease the credit obligations of Colombians, last month the country’s Financial Superintendent was also forced to adjust to the official annualized usury rate 75 basis points to 32,22%. This cut which impacts those with personal credit, credit card debt and fixed-term loans may feel some relief, but micro credit with a repayment term of up to 36 months will remain unchanged at an annualized 55.1%.

With these high credit caps for personal banking, an unpopular 4×1000 consignment tax, as well as the incremental fees for basic transactions, Colombians aren’t getting a respite with the household budget.

While the Banco de la República eases rates in accordance with inflation, many small business owners, such as Mauricio Herrera, regret that “what happens at the top has little impact on the street.” Experiencing a sharp decline in sales since the government enacted in January a Tax Reform that abruptly raised IVA (Value Added Tax) three percentage points to 19%, Herrera joins a growing chorus of disgruntled business professionals who believe an economic crisis, one the likes this country has not witnessed since 1998, has begun to take effect. “There’s no consumer confidence in the economy.”

Corruption scandals are at the tip of an iceberg of popular discontent, and the Odebrecht bribery scheme for mega contracts has sent several former South American heads of state to prison. But in Colombia, “no one is held accountable,” claims Herrera.

The pessimism over a lack of ethics has become so pervasive that all 26 candidates in the next year’s presidential race are making anti-corruption a policy priority. But it may be too late. The economy is under performing and retail is stagnant. “People are tightening their belts,” states Carlos Botero, president of Inexmoda, the Medellín-based manufacturing and textile promotion entity that hosts the trade show Colombiamoda.

Concerns that the government has been over-confident with a growth projection of 1.3% for 2017 is echoed by other industrialists who fear the slowdown will not level out in 2018, and an election year in which voters will cast their ballots in approval or a rejection of Santos’ policies. “Peace isn’t up for debate,” claims Herrera. “Who is the least corrupt will weigh at the polls.”

The state of the economy will ultimately determine if there’s an oficial candidate of Santos’ Partido de la U, a movement created by former president Álvaro Uribe Vélez to unify his second term. The house of “Unity” – or “partido de Uribe” as many refer to it as – resulted in Santos being appointed Uribe’s high-profile Defense Minister during a war-time administration. The Partido de la U is now a political orphan without a clear candidate for 2018. Odebrecht’s first major political casualty could be Santos’ heir.

After a concert in Bogotá’s Plaza de Bolívar, FARC’s leaders, including former maximum commander Rodrigo Londoño, alias “Timochenko” unveiled their new look just steps from the presidential palace and a filled public square, that as recent as 2002, they attacked with surface–to–air rockets during the swearing-in ceremony of Uribe. For Argemiro Palacios, a shop keeper in Bogotá’s historic La Candelaria, seeing the streams of white FARC flags was simply too much to take in. “Uribe insists we are heading towards a ‘Castro-Chavista’ state […] here we have it unfolding.”

As a Marxist-Leninist movement brazenly steps into the political limelight (FARC has been guaranteed 10 seats in the 268 member congress under the peace accords), the country’s conservative presidential candidates are few and seem committed to an ultra– right agenda. In the Uribe camp, wiling to rewrite the peace deal, is former Prosecutor General Alejandro Ordoñez, ex-Ambassador to Washington Juan Carlos Pinzón, and Senator Iván Duque.

The independents – Senator Claudia López and former Antioquia governor Sergio Fajardo – are somewhere in the middle and could swing either to the left (with Robledo) or right, with the dark horse of this campaign, Santos’ ex-vice president Germán Vargas Lleras. Vargas LLeras is a political heavy-weight that could form a center/right coalition to stump the leftist advance. But no one is holding their breath. The country’s top peace negotiator with FARC, Humberto de la Calle is also in the race.

As Santos prepares his exit of the Casa de Nariño next year, political uncertainty coupled with stagnant economic growth is a formula that does not bode well for investor confidence in the post-conflict. “We seem to have gone from a violent nation to a corrupt one,” claims Herrera. “What happened to peace?”