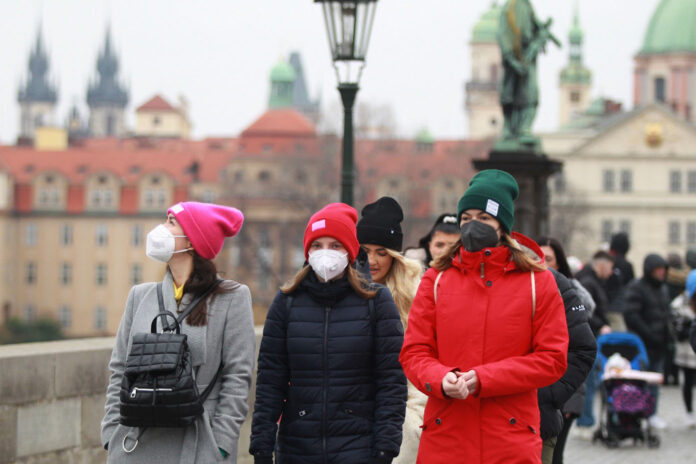 Colombian Minister of Health Fernando Ruíz Gómez has intentionally avoided calling the recent increase in new coronavirus infection as the start of a “fourth wave,” but warns that “the threat is real” given the transmission rate of the highly contagious Delta variant. With 2,649 additional cases of COVID-19 confirmed in the country on Sunday, and 39 deaths, Colombia has, so far, been spared from dramatic surges in infection as witnessed across Europe and U.K. And after a weekend of anti-lockdown protests in Belgium and Netherlands, Austria becomes the first EU member state to impose a full COVID-19 quarantine, effective Monday, for both the vaccinated and unvaccinated populations.

“I’m very anxious about what I’m seeing right across Europe, these very large numbers of cases – but also the speed with which they’re increasing really is a cause for concern,” stated the UN’s special COVID-19 envoy Dr. David Nabarro. The Austrian government’s decision to return to lockdown in the run-up to Christmas, could be followed by equally draconian measures in Germany, Czech Republic and Hungary. “We have say it clear: Covid-19 is not over. We have a real threat of a fourth peak, and it is up to us to get vaccinated and avoid high mortality. We must get vaccinated now!” stated Minister Ruíz on Twitter.

Colombia has registered 5,048.061 cases of the disease and 128,093 deaths almost two years since COVID-19 emerged in Wuhan, China. In Sunday’s bulletin from the Ministry of Health, the department of Antioquia saw most cases (476), followed by Atlántico (366), and Bogotá (331). While November has reversed a decline in “active cases,” on Sunday, the number of persons infected reached 14,293 and figure, that while discouraging, contrasts sharply with 17,153 new single day cases in France for Sunday, 30,643 in Germany, and 40,004 in the U.K.

With Colombia’s vaccination campaign surpassing 54 million doses on Monday, including one million administered as booster jabs for persons age 50 and over, almost 24 million residents are now full vaccinated, representing close to 50% of the total population. The national government’s target is to inoculate 70% of Colombians by the end of this year with either single or double-dose schemes. And following Austria’s controversial vaccine mandate starting February 2022, Colombia’s right-wing Centro Democrático party presented Congressional lawmakers with a proposal to make vaccinations obligatory for all persons age 16 and older, including foreigners residing in the country.