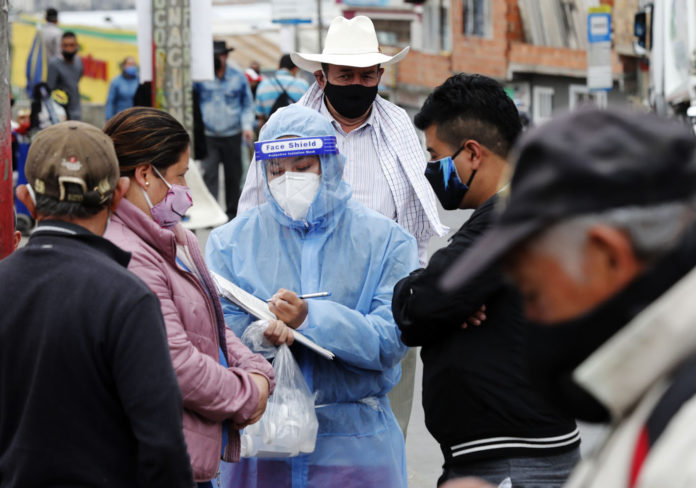 To limit the numbers of shoppers heading to malls and outlets to take advantage of the second No Tax Day – Día Sin Iva – on Friday, Bogotá Mayor Claudia López announced measures to limit all sales of electronics and consumer goods to online platforms, as well as maintain the Pico y Cédula restriction. As Friday, July 3, is an odd number day, anyone whose identity card ends with an odd number will not be able to enter supermarkets, pharmacies and all commercial establishments.

If planning on taking advantage of the sales, most stores will hold purchases for up to two weeks. The Mayor also highlighted that each establishment is responsible for ensuring social distancing and enforcing biosecurity protocols.

To avoid a repeat of the stampedes in discount marts as witnessed on the first No Tax Day on June 19 and which was dubbed “Covid Friday,” by the international media and mayor herself, López’s extra security measures came as Bogotá registered 1,303 cases of new infections putting the capital’s total at 32,726. On Thursday, the Ministry of Health confirmed an additional 4,101 cases putting the national tally at 106,110. From total cases since the outbreak on March 6, 44,531 patients have recovered and 57,714 remain active. Thursday, however, marked another tragic day with 171 deaths from COVID-19 raising the toll nationwide to 3,641. From the day’s victims, 25 occurred in Bogotá, 50 in Barranquilla with other victims in Cartagena, Soledad, Malambo, Buenaventura, Cienaga and Cali, among other towns and cities.

In terms of testing, Colombia broke a new record with 19,335 PCR tests processed in more than 70 laboratories, and while daily cases continue to be high, a recent shipment of more than 700 ventilators has begun to ease the burden of hospitals with critically-ill patients.