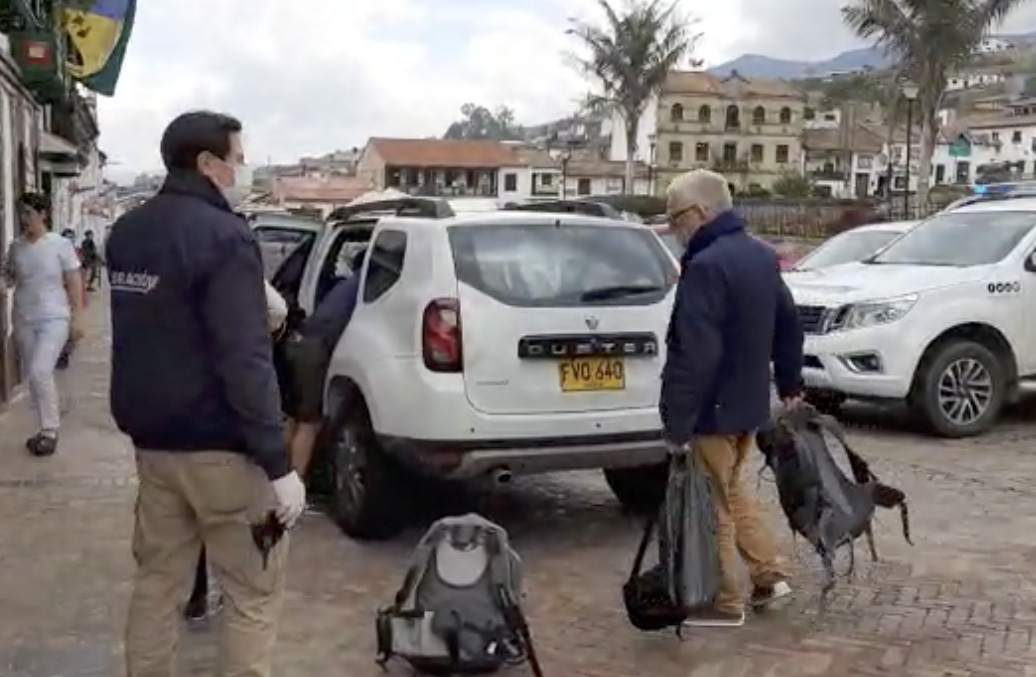 As of Monday, March 16, Colombia is closing its borders to all non-resident visitors.  Permanent residents and nationals must complete two weeks of self-isolation

Colombia’s immigration entity – Migración Colombia – is also clamping down on foreigners who violate the 14-day quarantine with immediate deportation.

On Saturday, Migración confirmed that four foreigners were expelled from the country after they abandoned their hotels where they were confined to self-isolation. The foreigners, two men and two women of Spanish and French nationality, were detained in the colonial town of Monguí, Boyacá, and Bogotá, respectively after hotel employees informed authorities.

The first case took place in the north of Bogotá when a 30-year-old man and 27-year-old woman, both of Spanish nationality, decided to visit the city’s historic landmarks, despite the compulsory isolation order of the National Health Emergency. The couple entered Colombia from Madrid on March 12 and claimed to Migración Colombia that they left the hotel “feeling in good health.”

The second case involves a French couple in their mid-sixties who entered the country on March 11, and after spending a night in a hotel in Bogotá’s La Candelaria decided to visit Boyacá.

The couple was located by immigration officers in Monguí, Boyacá, joined by another French citizen, who had entered the country from Chile and invited them to take the tour.

Since the Emergency declaration a week ago, 9 foreigners have been expelled from the country.

On Sunday, the number of COVID-19 increased to 34, with new cases reported in Cartagena, Cali, Cúcuta, Dosquebradas, Manizales, Medellín, Neiva and Bogotá. A day before, the country’s Ministry of Health confirmed six new cases of COVID-19 bringing the national total to 22. The cities with confirmed COVID-19 cases on Saturday were Bogotá, Medellín, Buga, Cartagena, Neiva, Rionegro, Villavicencio and Palmira.

Under the Health Emergency measures, President Iván Duque closed the overland border with neighboring Venezuela, yet despite the order, thousands of migrants broke through the metal barricades on the Simón Bolívar International Bridge at Cúcuta and forced their way into the country. The bridge serves as a lifeline for migrants in search of food, household items and medicines not available in Venezuela.

Despite years of political tension between the governments of Colombia and Venezuela, the border remained open and the main entry point for an estimated 1.8 million refugees fleeing the economic collapse of their country.

Spain agrees to work with Colombia in recovery of San José...