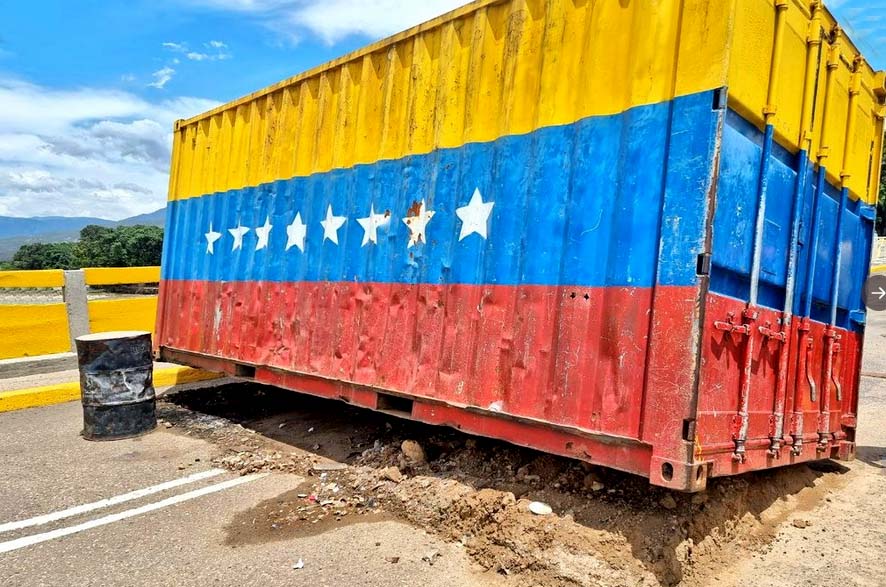 Colombia and Venezuela agreed to reopen the overland border at Cúcuta for commerce as of Tuesday, ending more than two-and-a-half years in which the capital of Norte de Santander’s two frontier bridges, Francisco de Paula Santander and Simón Bolívar, were closed to all trade.

The announcement from Venezuelan Foreign Minister Delcy Rodríguez was cautiously confirmed by President Iván Duque, who added that the reopening would be “a gradual process,” without heavy container trucks given safety concerns over the structural integrity of the bridges. Rodríguez, who also serves as Venezuela’s vice-President, hoped the reopening would “turn a page” in the diplomatic and political stalemate between both nations. Juan Francisco Espinosa, director of Migración Colombia, stated that the immigration entity is working closely with other government agencies, including the tax department DIAN, and agricultural inspection institute ICA, to guarantee a safe reopening.

A Unified Command Post (PMU) will oversee the movement of goods, and some 8,000 citizens from both countries, who depend on crossing the bridges every day to stock-up on essential supplies.

On June 2, Colombia allowed Venezuelans to enter the country lifting a 14 month ban imposed with the coronavirus pandemic. The border will only be open during certain hours and an identity card restriction -Pico y cédula – goes into effect. All trucks must be disinfected by border agents from both countries in order to be cleared, and drivers must present vaccination certificates.

The two bridges were the scene for major confrontations in February 2019 when thousands of supporters of Venezuelan opposition leader, and interim president, Juan Guaidó accompanied a convoy of humanitarian aid trucks that were expected to enter Venezuela despite President Nicolás Maduro ordering a blockade and militarization of the border.

An estimated U.S$7 billion in goods move every year through the international border. Members of the Venezuelan Army began removing Monday night empty cargo containers painted with the Venezuelan flag that blocked the bridges between San Antonio del Táchira and Cúcuta.

“The government of Nicolás Maduro never made any distinction to benefit more than 6 million of our Colombian brothers and sisters who came to our country fleeing war,” stated Rodríguez on national television. “The correct thing is for both governments to coordinate the pandemic, stop politicking, and that obsession of ideological political intolerance of the government of Iván Duque towards Venezuela, and rather focus on taking care of the health and life of our border population,” she said.

Venezuelan candidate of the United Socialist Party for governor of Táchira, Freddy Bernal, was among the first to welcome a “beautiful reopening,” inviting Colombian authorities and business leaders of Norte de Santander to strengthen “a brotherhood between Venezuela and Colombia that cannot be disturbed by political ideology.”