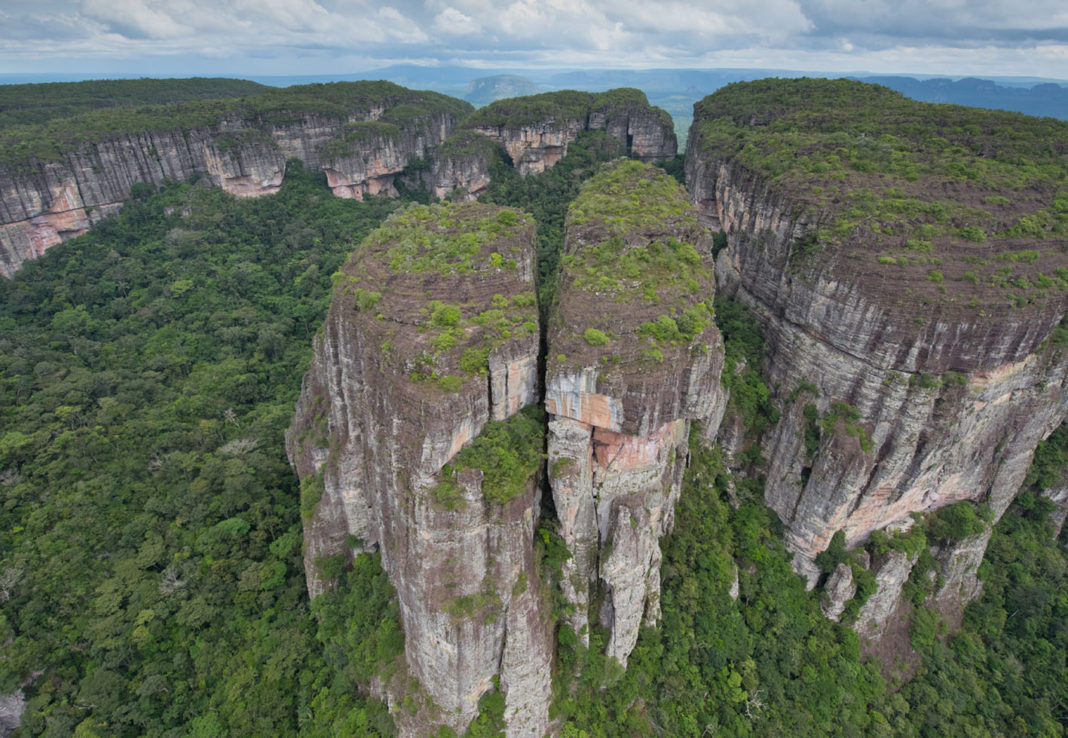 After more than a year of research by scientific teams, and a thorough evaluation by the World Heritage Committee, Chiribiquete Natural National Park was included last month on the prestigious World Heritage List of United Nations Educational, Scientific and Cultural Organization (UNESCO). Declared Colombia’s 38th National Park in 1989, and covering some of the world’s oldest rock formations, the Guiana Shield, Chiribiquete is a behemoth of biodiversity in 2,5 million hectares of pristine jungle and protected by towering “tepuys.” Hours after the announcement on June 30, the government said it would increase the size of the protected area by another 1,5 million hectares, for a total of 4 million. A size equivalent to Switzerland.

Located within four departments – Caquetá, Metá, Guaviare, and Vaupés – Chiribiquete was first discovered in the mid-18th century by Franciscan missionaries who ventured into this treacherous region where narrow canyons and cliffs are home to wild animals, including some 300 species of birds, 41 reptiles, and mammals, such as the tapir and jaguar.

One of the last great frontiers of biodiversity has finally earned international recognition and protection from UNESCO, and will help preserve Chiribiquete’s legacy as the seat of an ancient civilization. Inside this magnificent park are huge rock faces painted with pictographs that could date back as early as 8,000 B.C depicting human and zoomorphic figures. Chiribiquete’s mysterious collection of rock art is also considered the largest in northern South America. The encroachment of loggers, illegal miners and animal traffickers in recent years forced the government to limit the human footprint in the “Maloka of the Jaguar.”

Athropologists, botanists and other scientists are allowed in, but only with a special permit from National Parks. Chiribiquete is off limits to tourists.

Colombia counts with eight World Heritage Sites, the first of which was included in 1984, and went to the Port, Fortresses, and Monuments of Cartagena. More than a decade later, in 1995, four more were added: the Historic Centre of Santa Cruz de Mompox; San Agustín Archaeological Park; Los Katíos National Park and National Archeological Park of Tierradentro. The Flora and Fauna Sanctuary of Mapelo was added in 2006, followed by the Coffee Cultural Landscape (2011), and now, Chiribiquete – “Maloca of the Jaguar.”

Still no end to Schengen?