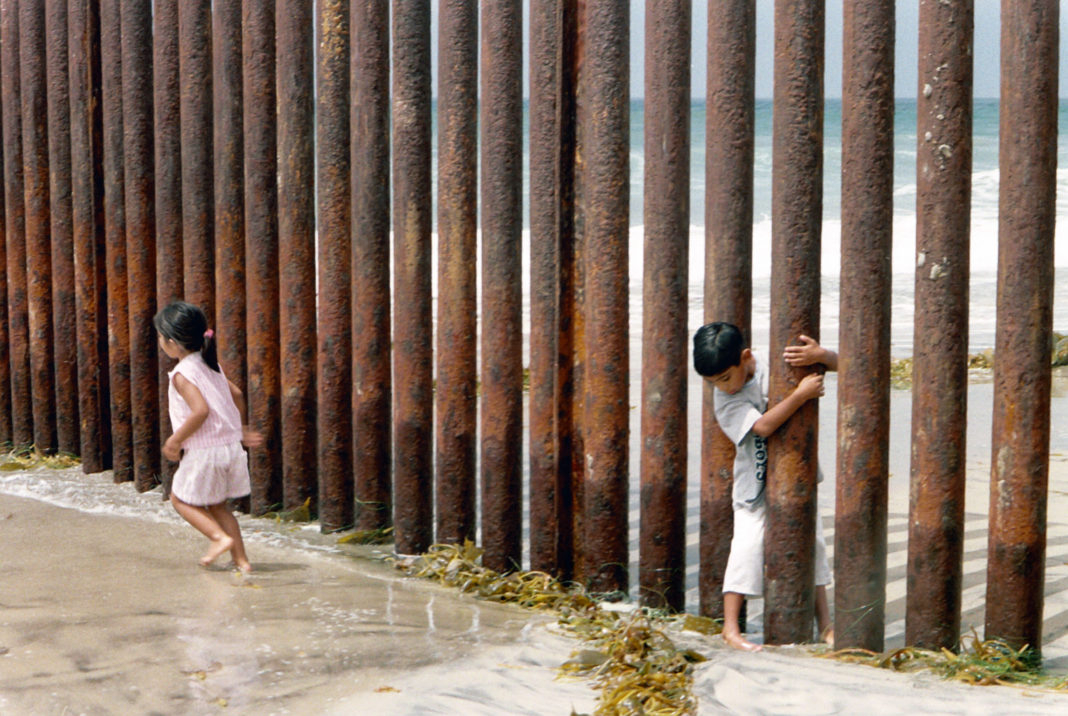 They are typically given the choice to leave immediately or stay, and be killed. Central America’s desperate citizens, or deseperados, are fleeing their homes in record numbers. Since 2010, the United States and Mexico have apprehended nearly one million people making the perilous trek from the Northern Triangle – El Salvador, Guatemala and Honduras – to the U.S.

The scale of the displacement crisis beggars belief. In 2014, 68,000 children were intercepted by U.S. immigration authorities, nearly 40,000 were intercepted in 2015, and by August this year, another 54,000 unaccompanied children were apprehended. Many of them are interned in 100 shelters scattered along the U.S.-Mexico border. They join a pool of an estimated 11.7 million “unauthorized immigrants” who have navigated extreme hardship in pursuit of a better life.

The massive surge in “unaccompanied alien children” (UACs) has been characterized by the White House as a humanitarian situation. And with good reason – there has been a sharp increase in under-12-year-olds crossing the border over the past few years. The United Nations refugee agency has documented sharp increases in asylum applications across the region from people fleeing violence in the Northern Triangle.

Not surprisingly, President Obama’s political adversaries have conflated the arrivals with the hugely polemic issue of illegal immigration. Owing to 2008 legislation, designed to prevent child trafficking, the UACs cannot be deported without due process in the courts. Some politicians are concerned that this law is contributing to rumors in Central America that immigrants will be granted legal permits to stay in the U.S.

Former Texas governor Rick Perry has repeatedly accused the president of lip service and empty promises on border security. In what amounted to a symbolic gesture of his own, Perry authorized 1,000 National Guard troops to “secure” the border at the height of the 2014 influx of Central American children. Comprehensive immigration reform has been a hot button issue for years – including during the 2016 presidential campaign – and is hugely challenging in the present political environment.

Even so, there were signs that the White House was adopting a harder line. In 2014, the president asked the U.S. Congress for $3.7 billion to deal with the crisis, including $1.8 billion to care for the children, $995 million to detain and deport them and another $822 million to shore-up law enforcement capacities in Central America. But even these resources did little to stem the flow, much less ease criticism from his political adversaries.

Virtually everyone agrees that the child migration crisis was a long time in the making. After all, the Northern Triangle registers the world’s highest violent death rates, with El Salvador leading the pack. The national homicide rate there is almost 116 per 100,000, more than 17 times the global average. Compare that to 516 slayings reported in 2014 in Canada, a country with almost six times the population.

Guatemala and Honduras are not far behind, with homicide rates exceeding those of Afghanistan and Syria.

Although Central America’s last civil war ended in the 1990’s, many of its cities are affected by warfare in all but name. The violence is propelled by a combination of transnational gangs, drug trafficking and weak law enforcement. Rival gangs like the Mara Salvatrucha (MS-13) and Barrio 18 (M18) run extortion rackets and assassins for hire. And they are recruiting heavily from poorer neighborhoods and shantytowns throughout the region.

While seldom discussed in Washington, D.C., Central America’s displacement catastrophe was manufactured in the U.S. The explosion in gang violence can be at least partly attributed to U.S. deportation policies, beginning with the Illegal Immigration Reform and Immigrant Responsibility Act  of 1996. Gangs like MS-13 and M-18 can be traced to California, since many of their original members were the sons of Salvadoran, Guatemalan and Honduran refugees who had originally escaped to the U.S. during the Central American civil wars in the 1980s.

More recent deportation policies implemented by the U.S. and Mexico have exacerbated the crisis. Between 2013 and 2015, U.S. authorities authorized more than 300,000 deportations of immigrants with criminal records to Honduras, Guatemala and El Salvador. Only Mexico received more deportations during this period (more than 550,000). The escalation of deportations from the U.S. has coincided with a massive surge in criminal violence and an exodus of adolescents and children from the Northern Triangle. More recently, the Obama administration has quietly slowed the deportation process. Nearly one-half of deportation cases of those who entered the U.S. from Northern Triangle countries since 2014, have been delayed.

Most international and domestic measures to dismantle gangs during the 1990s and 2000s, backfired, spreading once localized “cliques” based in Los Angeles to countries in Central America. Some gang members began working with Colombian and Mexican cartels to shift cocaine, and today, MS-13 and M-18 operate in 40 U.S. states and in British Columbia and Ontario in Canada. Others began consolidating their power and influence closer to home.

There are at least 70,000 hardcore gang members distributed across Central America, but no one knows the exact figure for certain. El Salvador’s Justice Ministry estimates that as many as 600,000 Salvadorians, out of the country’s 6.3-million population, are involved in the gang business. Regardless of how many they number, the region’s gangs now operate as franchises with outlets spreading from Argentina to Alaska.

With some exceptions, Central American governments typically pursued iron-fist – or mano dura – approaches in putting down the gangs. In 2003, El Salvador mounted its first campaign, with Honduras and Guatemala quickly following suit. Local politicians advocated for harsh prison sentences for kids as young as 12, and dispatched armies to hunt down anyone with incriminating tattoos. Not surprisingly, prison populations soared.

The U.S. government provides military, policing and development assistance to all three countries, having launched the Central American Regional Security Initiative in 2008. The program has directed nearly $1 billion toward fighting the gang menace, with some tentative signs of success in recent years. Sensing things were not moving fast enough, the U.S. went one step further and declared the M-18 an “international criminal organization”.

Although simmering for years, the sheer dimensions of the humanitarian catastrophe unfolding in Central America are only now coming to light. Aid organizations such as the International Committee of the Red Cross (ICRC) and World Vision are finally sounding the alarm. Faith-based groups are trying to provide food and shelter. But it is obvious to all of them that Band-Aid solutions are not enough. This year, the numbers of families and children entering the U.S. from the Northern Triangle region are likely to exceed the high-water mark of 2014.

More than three quarters of the minors pouring into the U.S. come from a handful of poor and violent cities in just three countries in the Northern Triangle. Meanwhile, Costa Rica, Nicaragua and Panama, while experiencing their own crime waves, are vastly safer. The solution to the migration crisis will require major investments to strengthen safety, reduce impunity, and eradicate grinding poverty and inequality at home.

At the very least, the terrifying alternative of dying or being displaced must be removed from the table.

About the author: Robert Muggah co-founded the Igarapé Institute where he overseas research and technology development in Latin America. He also oversees research at the SecDev Foundation, a cyber analytics group that focuses on Europe, Asia and the Middle East. Robert is affiliated with the University of Oxford, University of San Diego, as well as the Graduate Institute of International and Development Studies, in Switzerland. He has worked with the UN, IDB and World Bank in over 20 countries. His research and data visualizations have been featured by BBC, Financial Times, New York Times, Wired and others. He received his PhD from the University of Oxford. 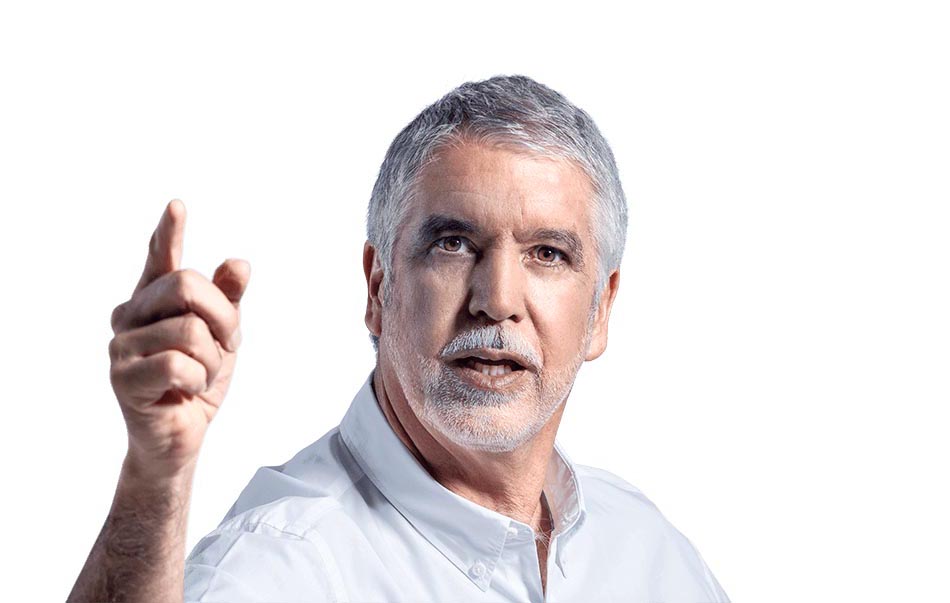