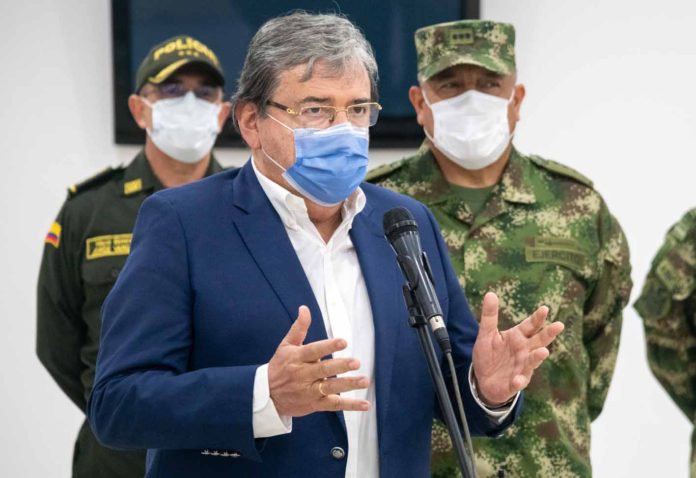 The Colombian Government released a second communique regarding the health condition of Minister of Defense Carlos Holmes Trujillo after he was hospitalized two weeks ago with a severe case of coronavirus infection.

According to the statement released by Casa de Nariño on Wednesday, January 20, the 69-year cabinet member and close political ally of President Iván Duque continues in an intensive care unit (ICU) at the Hospital Militar in Bogotá with viral pneumonia due to SARS-CoV-2.

The statement confirms that Holmes Trujillo is sedated, intubated, yet responding “favorably to ventilatory support measures.” Carlos Holmes was named Minister of Defense in November 2019 after a cover-up involving a military operation against a FARC dissident camp killing several youngsters forced the resignation of his predecessor Guillermo Botero.

Carlos Holmes served a Foreign Minister during the first nine months of the Duque administration, as well as  Ambassador to the Organization of American States (OAS). He was the first elected Mayor of Cali (1988 – 1990) as the departmental capital of Valle del Cauca witnessed the rise of a powerful drugs cartel.