Since December 2013, an estimated 5,200 persons have died, according to an Associated Press count. At least 398,000 Central Africans are refugees in neighboring countries, and another 528,000 are internally displaced. Death tolls are undoubtedly higher, as no one knows what has happened in remote neighborhoods of Bangui, the capital, or outlying cities like Bossangoa in the west or Bangassou or Obo in the east.

Beyond the growing death toll and levels of disruption that the world has ignored for two years is the fact that the CAR is increasingly playing out on sectarian lines and is attracting attention from other radical Islamist groups like Boko Haram in Nigeria. Al-Minbar Jihadi Media Network, an Islamist website, has called for the assassination of French President François Hollande in order to “support the vulnerable in the Central African Republic.”

Muslims make up only 15 percent of the population in the CAR, and were historically integrated throughout the general population, with many families containing members of both religions. How did this become an inter-sectarian struggle?

A clue is in the CAR’s recent political history, starting with the only democratic election it has ever held (1993), which brought to power Ange-Félix Patassé, a Christian. He was overthrown by General François Bozizé in 2003. Bozizé, also a Christian, was pushed into a power-sharing arrangement in 2013 by a group called Séléka, a ragtag coalition of mostly Muslim militias out of Chad and Sudan, some of whom had helped him into power in 2003 and had ties to Chadian President Idriss Déby.

The power-sharing government quickly failed, and Séléka forced the installation of the first Muslim president, Michel Djotodia. Djotodia came to power by promising position and wealth to power brokers around Bozizé, and because he had the backing of Chadian and Sudanese mercenaries who were at the core of Séléka.

This last transition took place as Séléka poured into Bangui in March 2013. Bozizé fled to Chad and Djotodia took office. Besides the political change this brought, Séléka began attacking Christian enclaves in Bangui. Some reports say it did so with the encouragement of Chadian and Nigerien soldiers who came in as peacekeepers backed by French forces, but were known to be militant Muslims. Central African Christians also accused Burundian and Rwandan troops of supporting the Muslim militias. Reports abound of the atrocities that began to unfold.

As a result, a new movement formed in Bossangoa, 200 miles north of Bangui. Originally a local auto-defense group of citizen militias that had been around for years, it was made up of Christians and named itself “anti-balaka.” In the local language, Sango, the name literally means “anti-machete.” Figuratively, it means indestructible.

Anti-balaka took the offensive, and by January 2014, the country was in a full-fledged civil war and Muslims were fleeing the Central African Republic in the tens of thousands. Hundreds were being hacked to death in Bangui, Bossangoa, and elsewhere. Convoys of hundreds of vehicles packed with people and their belongings could be seen driving down the main avenue and out of Bangui daily.

Amnesty International accused anti-balaka militants of attempting an “ethnic cleansing” of Muslims. John Ging, director of operations for the United Nations Office for the Coordination of Humanitarian Affairs, warned that the conflict had “all the elements that we have seen elsewhere, in places like Rwanda and Bosnia. The elements are there, the seeds are there, for a genocide.”

Since March, political developments in the CAR have done little to stem the violence. A tentative late July ceasefire fell apart after only a couple of days. In January, parliament elected an interim president, former mayor of Bangui Catherine Samba-Panza, who then appointed the first Muslim prime minister, Mahamat Kamoun. But the Séléka fighters have rejected him and are refusing to join the unity government. Killing is still rampant throughout Bangui and other towns.

This week, UN peacekeeping forces are preparing to go into the CAR to take over from the existing Africa Union peacekeepers, who are supported by the French and deeply distrusted by most Central Africans. About 2,000 troops fall short of the almost 7,000 authorized in April by the UN, but the rest are expected by early 2015. Significantly, the command will fall on the UN, which should stem some of the support shown by AU forces to different factions.

Interim President Samba-Panza, in the meantime, is visiting Washington to tell her story, and attending the UN General Assembly – at the secretary general’s invitation – to appeal for global support.

There may be a narrow window of opportunity for the country to overcome the cycle of intercommunal killings and the breakdown of law and order. Indigenous efforts are under way to stop the violence and promote tolerance at the grassroots level, with Christian and Muslim religious leaders, along with local and international non-governmental organizations, working to promote community dialogue.

Hopefully the new peacekeeping forces will have full international support to secure the neighborhoods and districts. The arrival of U.S. forces this week to help reopen the American embassy is a good sign that international attention may not be as absent in the future as it was over the past two years. If this conflict can be brought back from the brink of a full-scale Jihad-type uprising that attracts international Islamist support, then the community of nations now threatened by ISIS in the Middle East will be much better off.

About the author: Steve McDonald is a Public Policy Scholar at the Woodrow Wilson Center in Washington, DC, where he also is a consultant to the Africa Program. McDonald has spent over forty years living and working in and on Africa, as a diplomat, non-profit and non-governmental organization leader, and conflict resolution specialist. He has contributed to numerous books, articles and press accounts on Africa, which he continues to do along with working on post-conflict transitions in countries like Burundi, Central African Republic, and the Democratic Republic of the Congo. 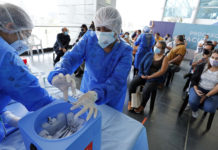 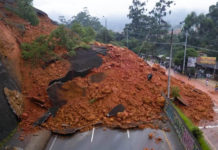 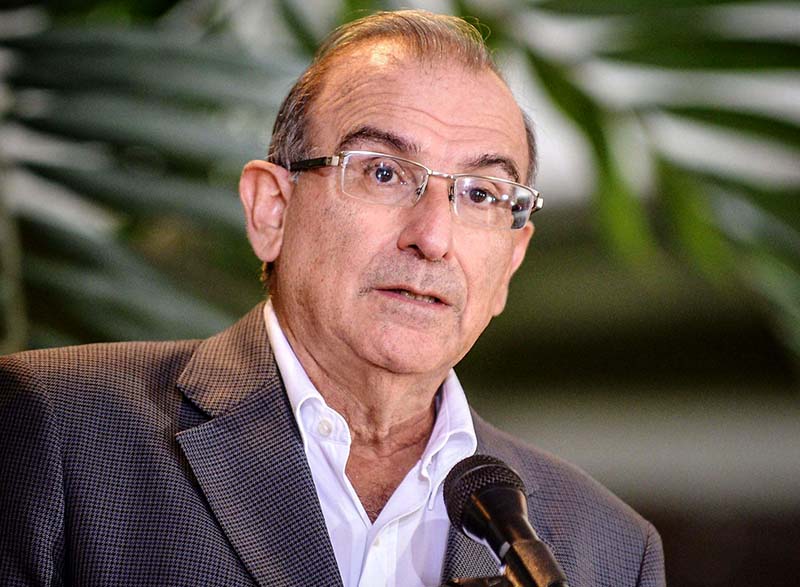