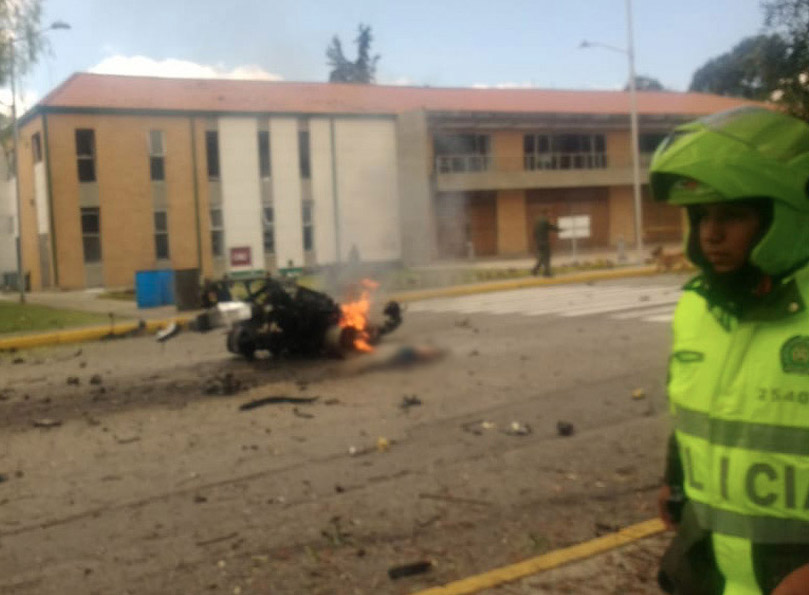 A powerful explosion has rocked the south of Bogotá after a car bomb detonated inside the country’s most important Police Academy, the Escuela de Cadetes General Santander, resulting in 21 killed in the blast and 68 injured.

The death toll stood at 10 on Thursday afternoon, according to the National Police and Ministry of Defense, but overnight 11 more victims died in hospitals from injuries sustained.

The explosion occurred 9:30 am local time when, according to the first eyewitnesses, a car broke through the security barriers and exploded inside the heavily guarded Cadet School.

Videos and images surfacing on social media show the wreckage of the burning vehicle, as well as destruction to barracks. Many images also show scenes of carnage and the mutilated bodies of victims.

President Iván Duque who was in the capital of Chocó, Quibdo, for a security council cut short his trip and returned to the Colombian capital accompanied by Minister of Defense, Guillermo Botero, and his chief of staff.

The Ministry of Defense initially confirmed eight servicemen had died in the “terror attack” including an Ecuadorian citizen, but two more victims died in Bogotá hospitals hours after the blast. Three Panamanians were also impacted.

President Duque sent a message on Twitter as he departed Quibdo for the airport, saying: “I am returning immediately to Bogotá with my Military Command in the face of this miserable act of terrorism against our police.”

The President went to state in another tweet: “I have given orders to our security forces to find the authors of this attack and bring them to justice. All Colombians reject terrorism and we are united to confront it. COLOMBIA is saddened, but we will not cave in to violence.”

Bogotá Mayor Enrique Peñalosa also condemned this “act of terror” after receiving the news during the inauguration of a public library. Peñalosa asked Bogotanos to remain calm in the aftermath of the attack and categorically denied reports that there are other explosives in the capital.

Emergency crews at the scene of the crime closed streets adjacent to the academy to pedestrians and vehicular traffic.

Three hospitals in the south of Bogotá attended victims and asked for blood donations.

No criminal organization has claimed responsibility for the attack. This is the first car bombing in the Colombian capital directed at security forces in more than a decade and since peace talks began in 2012 with the Revolutionary Armed Forces of Colombia (FARC) guerrilla.

Authorities have yet to reveal the motives of what appears to be the first known suicide bombing in Colombia. In 2006, a member of FARC, Marilú Ramírez, infiltrated the Escuela Superior de Guerra (Superior War College) in Bogotá detonating a gas cylinder that injured 20 soldiers.

Reports on LA FM radio, however, claim that a sniffer dog managed to detect a “suspicious package” inside an SUV moments before the attacker sped-off, running over a guard, who died in the incident. The vehicle then crashed into a barrier and exploded.

A medal ceremony was about to take place within the academy when the suspect drove up to the visitor’s entrance. The academy was also welcoming new recruits with families inside the facility.

President Iván Duque arrived at noon at the Police Academy and addressed the nation at 1:20 pm, asking for a minute of silence and stating that the explosion wasn’t just directed at the National Police, “but all Colombians.”


Martha Lucía Ramírez, Colombia’s Vice-President: “Terrorism will never coerce us in our commitment to strengthen institutions, develop Colombia and fight against corruption.”

U.S Government through its Embassy in Bogotá tweeted: “We express our sincere condolences for the deaths in the attack against the General Santander School this morning. We offer our assistance in the investigation of this reprehensible act and our solidarity to the Police of Colombia.”

British Government: “Our thoughts are with the victims and families of those killed in today’s appalling attack against the General Santander Police School in Bogota. We offer full support to President Iván Duque in rejecting and confronting terrorism.”

Lenín Moreno, President of Ecuador: “Those responsible for this crime must pay for having mourned humble and innocent families in the region. We reaffirm our commitment to fraternal countries in the fight against terrorism and all forms of violence.”

Pastor Alape, ex-FARC commander and member of peace negotiating team: “The attack at the Santander General School is a provocation against the political solution to the conflict. It seeks to close possibilities in accordance with the ELN, delegitimize social mobilizations and favor warmongers. Our solidarity with the family members of the police.” 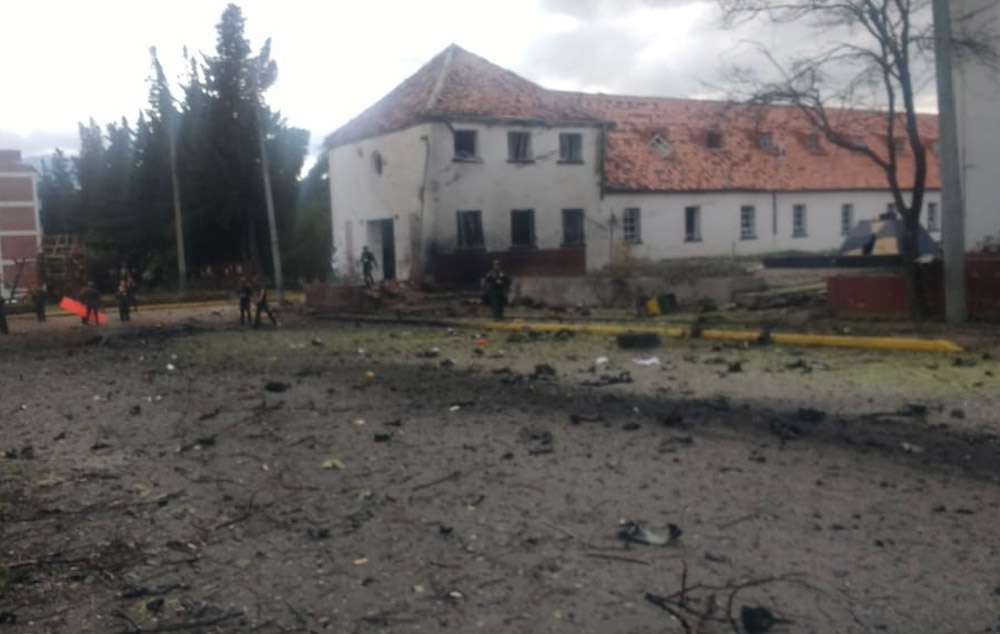 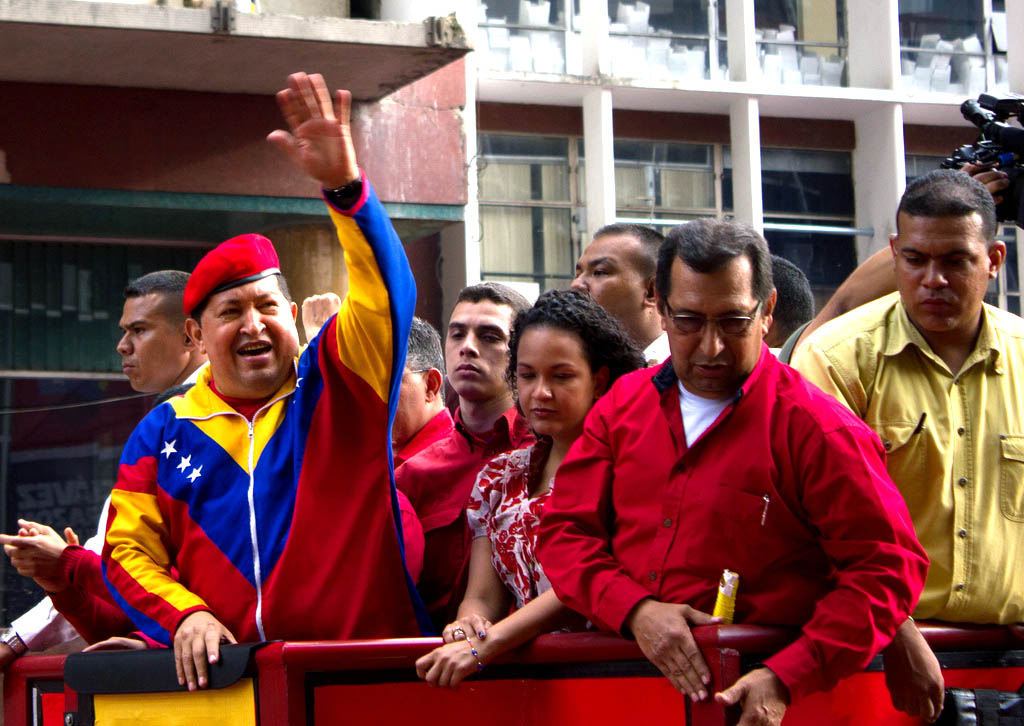