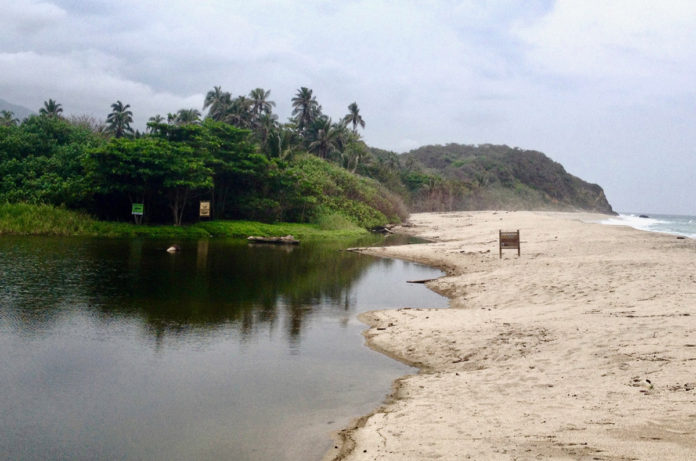 On Wednesday April 26 an 8-year old boy was attacked and killed by a caiman just 3 km from Tayrona National Park on the Colombian Caribbean coast. The incident occurred while the minor was swimming at the mouth of the Piedras River in a sector called Los Naranjos.

According to witnesses, Sebastián Alvarado Granado and a friend were diving off rocks into the river when a caiman unsuspectingly submerged from the murky river. Before Sebastián or anyone else could do anything, the reptile snatched the child in his jaws and disappeared below.

“Everything happened so unexpectedly”, says one of the boy’s relatives who witnessed the attack. “As soon as jumped into the water, the animal appeared and took him in his mouth. We tried to rescue him, but had already taken him to the bottom”.

At 5 pm, the Magdalena Civil Defence received an SOS call and immediately dispatched a search and rescue party. Using powerful torches, the child’s body was found five hours later on the banks of the Piedra River.

Major Eduardo Vélez, commander of the Civil Defence in Magdalena said there were “no signs of attack, he wasn’t dismembered”. He goes on to say that the exact cause of death will be concluded after an autopsy has been performed.

This is not the first time a caiman has attacked a human at this river mouth. In 2014, a similar incident occurred when a caiman appeared and attacked a child who was playing in shallow waters. The following year, a surfer was dragged into the water by a large caiman but managed to escape with his life, albeit with serious leg injuries. And just one month ago, another minor was reported to be attacked.

Since the very first attack three years ago, the National Parks Unit (Unidad de Parques Nacionales) and Magdalena Regional Autonomous Corporation (Corporación Autónoma Regional del Magdalena (Corpamag) began holding workshops to inform the local communities of the dangers of approaching or entering the river. They also installed large, visible signs at the river mouth explicitly prohibiting swimming. The lack of precaution by parents “indicates imprudence”, Vélez said and “more prevention is required to avoid such incidents and to generate public awareness so that this does not happen again”.